As often seen in the Parisian periphery, the operation site is surrounded by a patchwork of typical constructions, vestiges of the past and witnesses to strategies of urban renovation. To the East, on the rue des Renouillères, small companies, old labour class dwellings on strips of land have taken over. Further away are the new offices of the Pleyel area,while immediately to the North and the East there are the high surrounding wall of the RATP bus park. The South opens to the large clearing towards Paris thanks to the Landy stadium.

The plot, a deformed quadrilateral (approximately 60x40m), is worked as a spatial entity, simultaneously conceived as an invisible serie of subsections, on which get together a cluster four times four houses.

In this 2300 m² big ground we desired to build a serie of five big houses each one providing 2 et 4 criss-crossed dwellings. Thus, the urban form,distant of the property limits, is transformed into a villa whose garden is visible from a street glance and does not bring about any restrictions for the futur development of the bordering plots.

The particularity of the houses is that each dwelling is organised on two levels. Each pair of opposed overlapping dwellings is elevated with one level in order to release a "car-park" for two cars on the ground floor. Each one of the elevated appartments disposes of a terrasse taking advantage of the roof of the opposite one. Besides, every unit owns a garden and a basement.

The variation of coatings - brick, anodised aluminium and wooden board - facilitates the identification of the houses. On the contrary, the openings with their "Torpédo" (name of the operation) red laquered steel frame/ window/ shutter unify the whole. 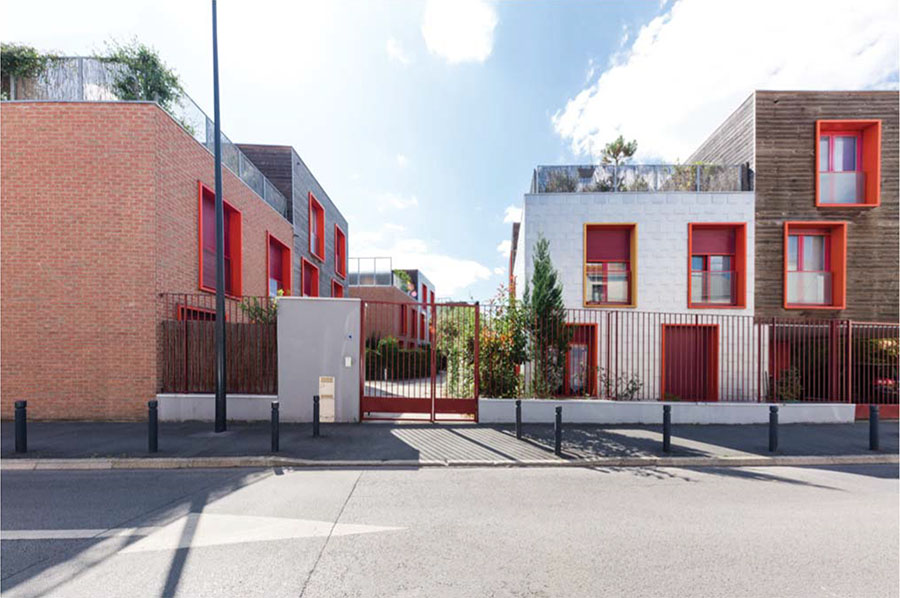 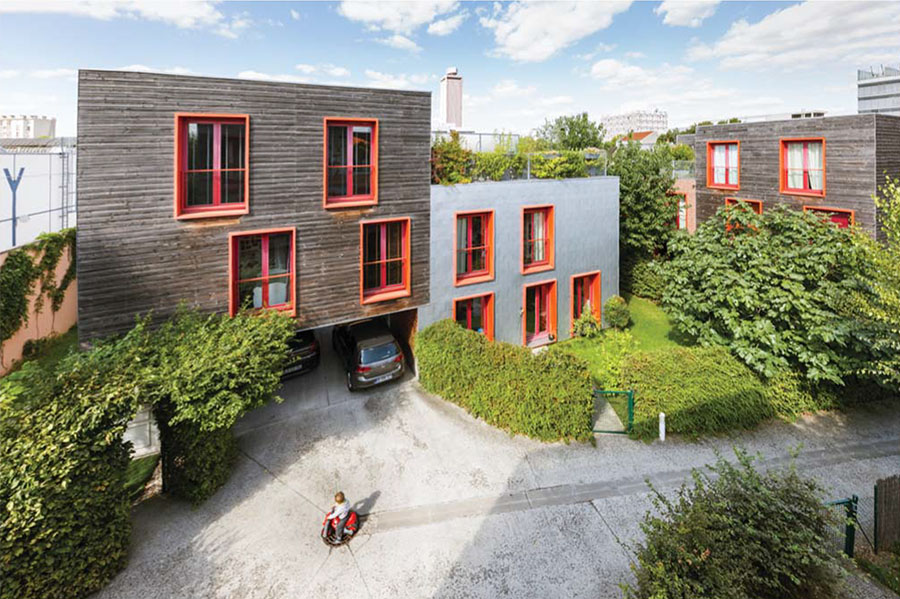 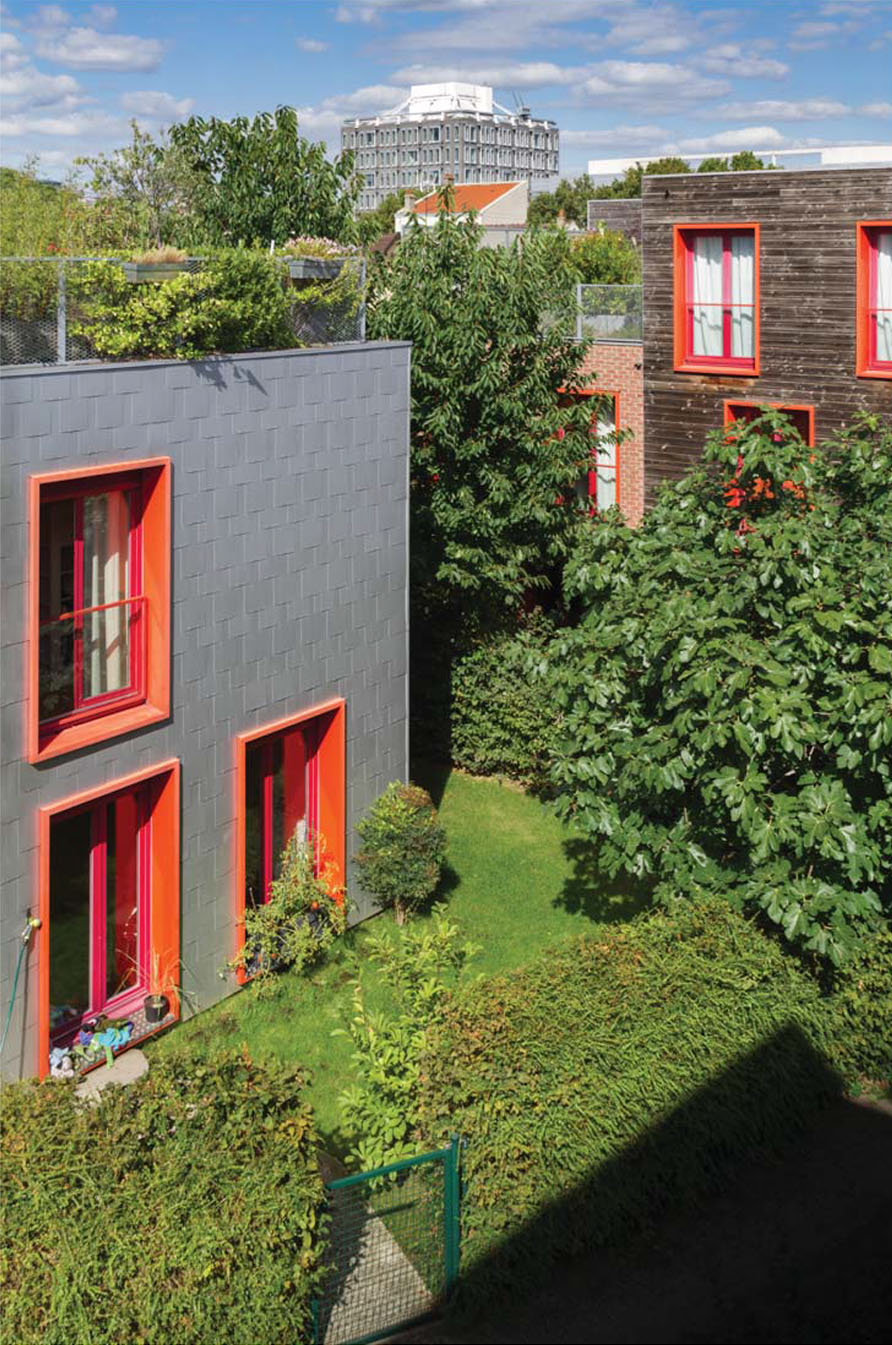 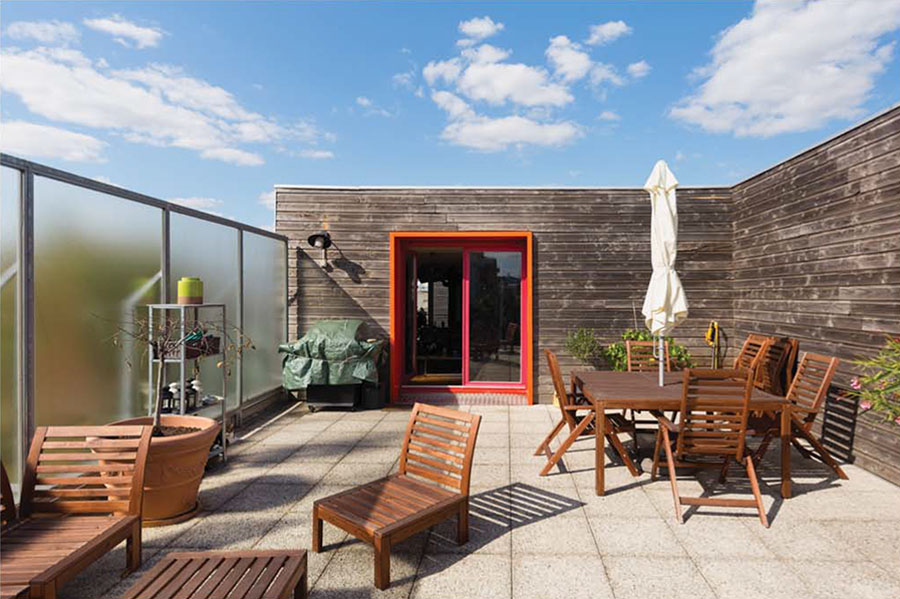 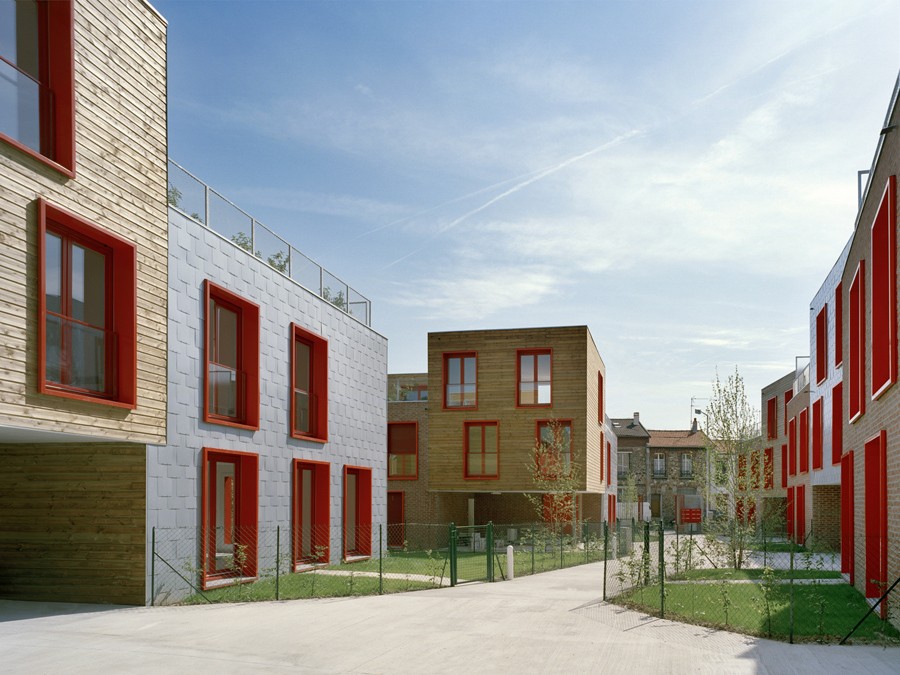 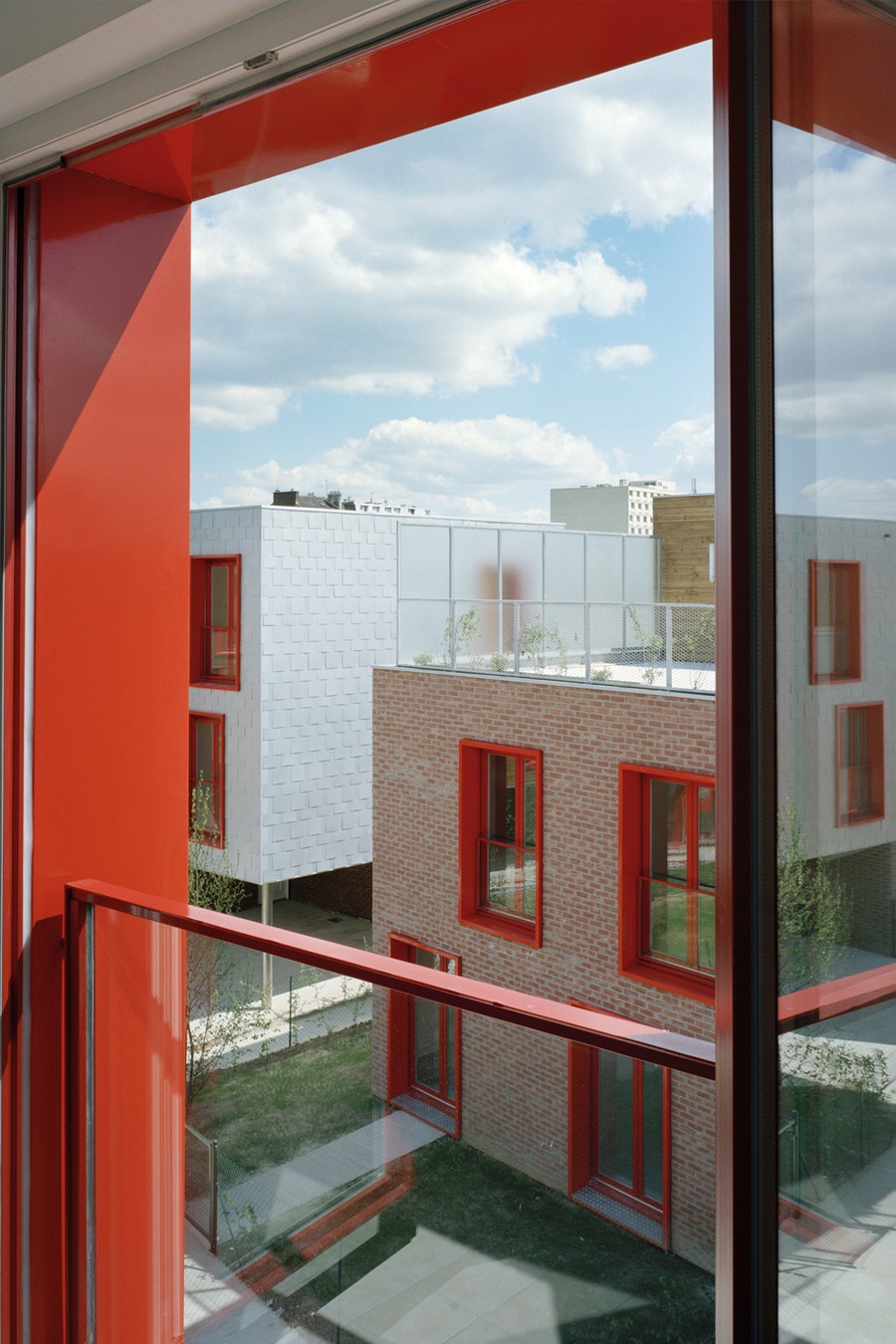 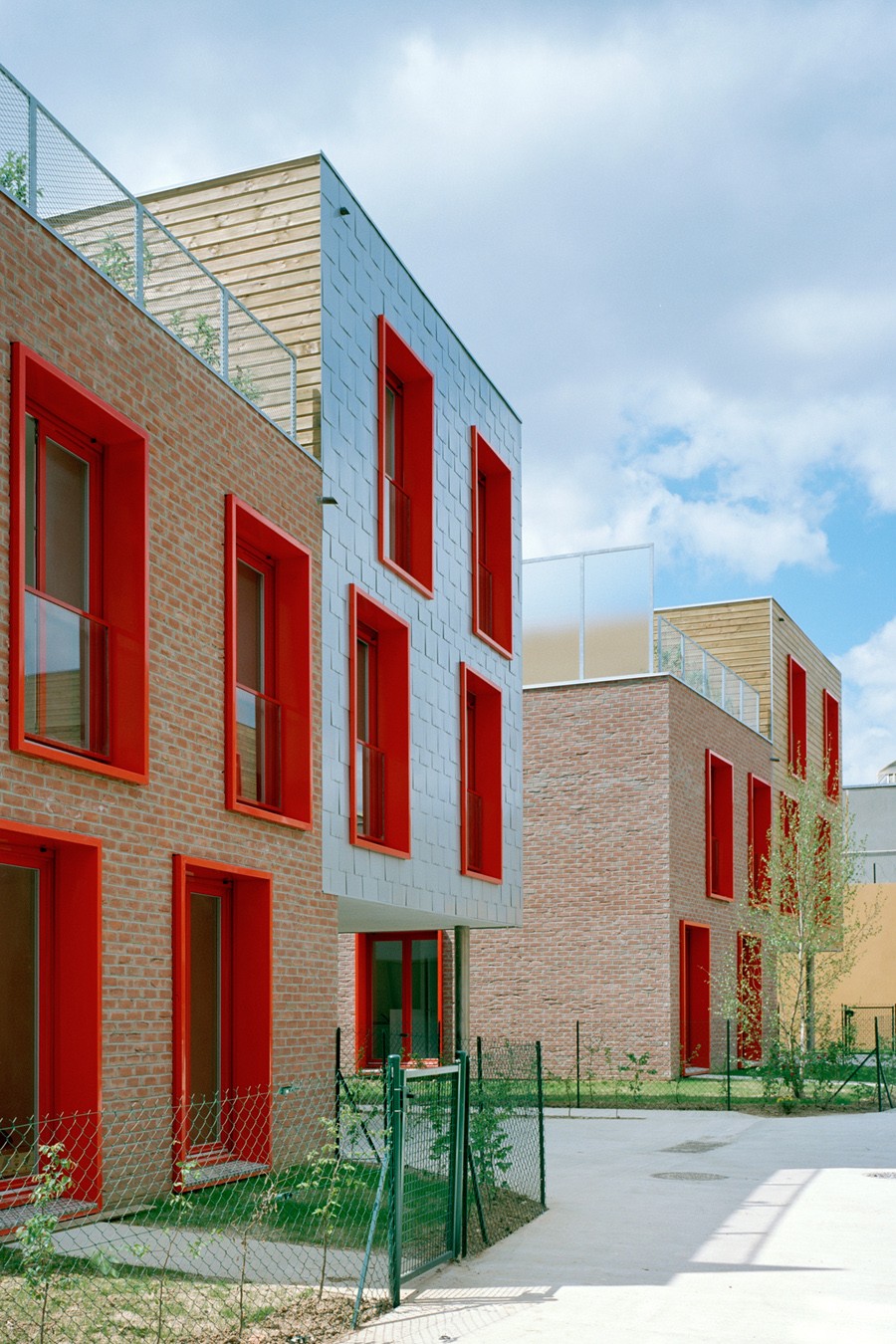 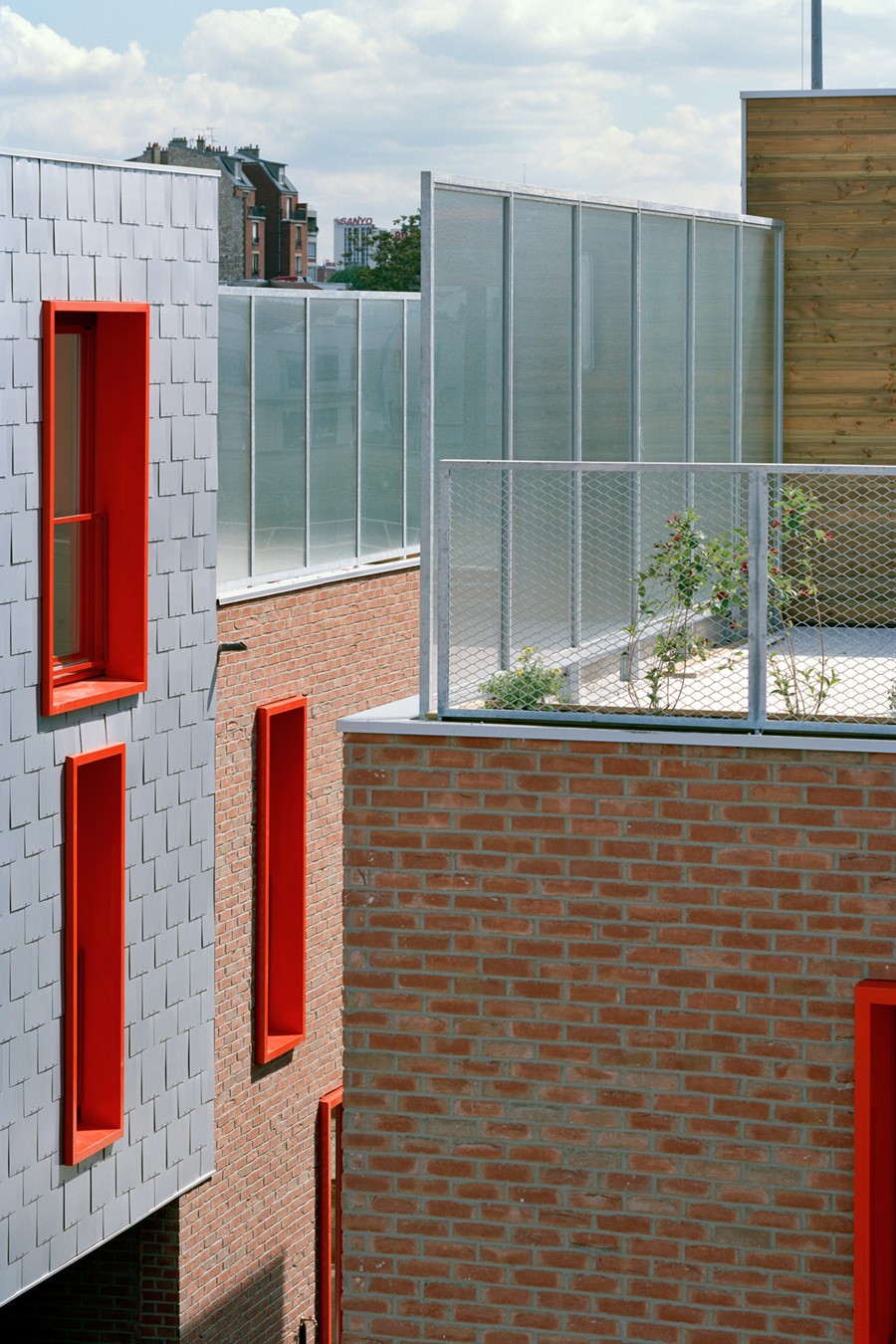 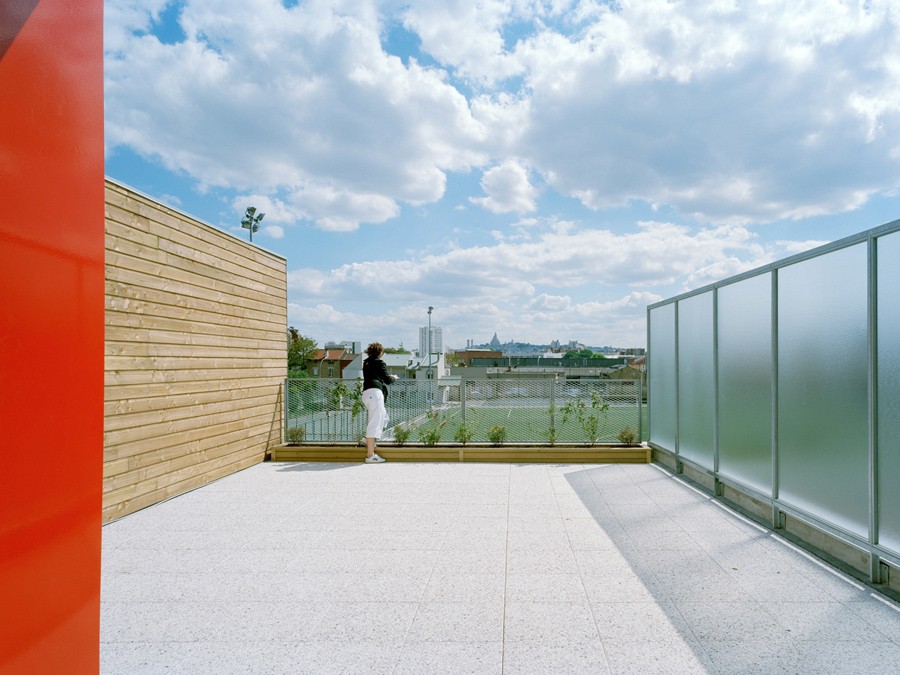 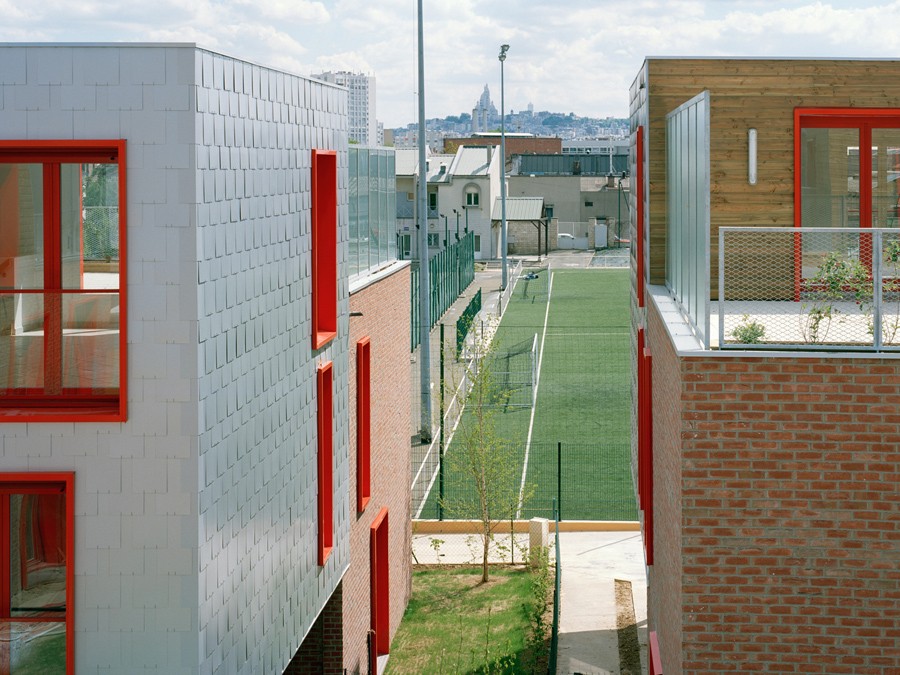 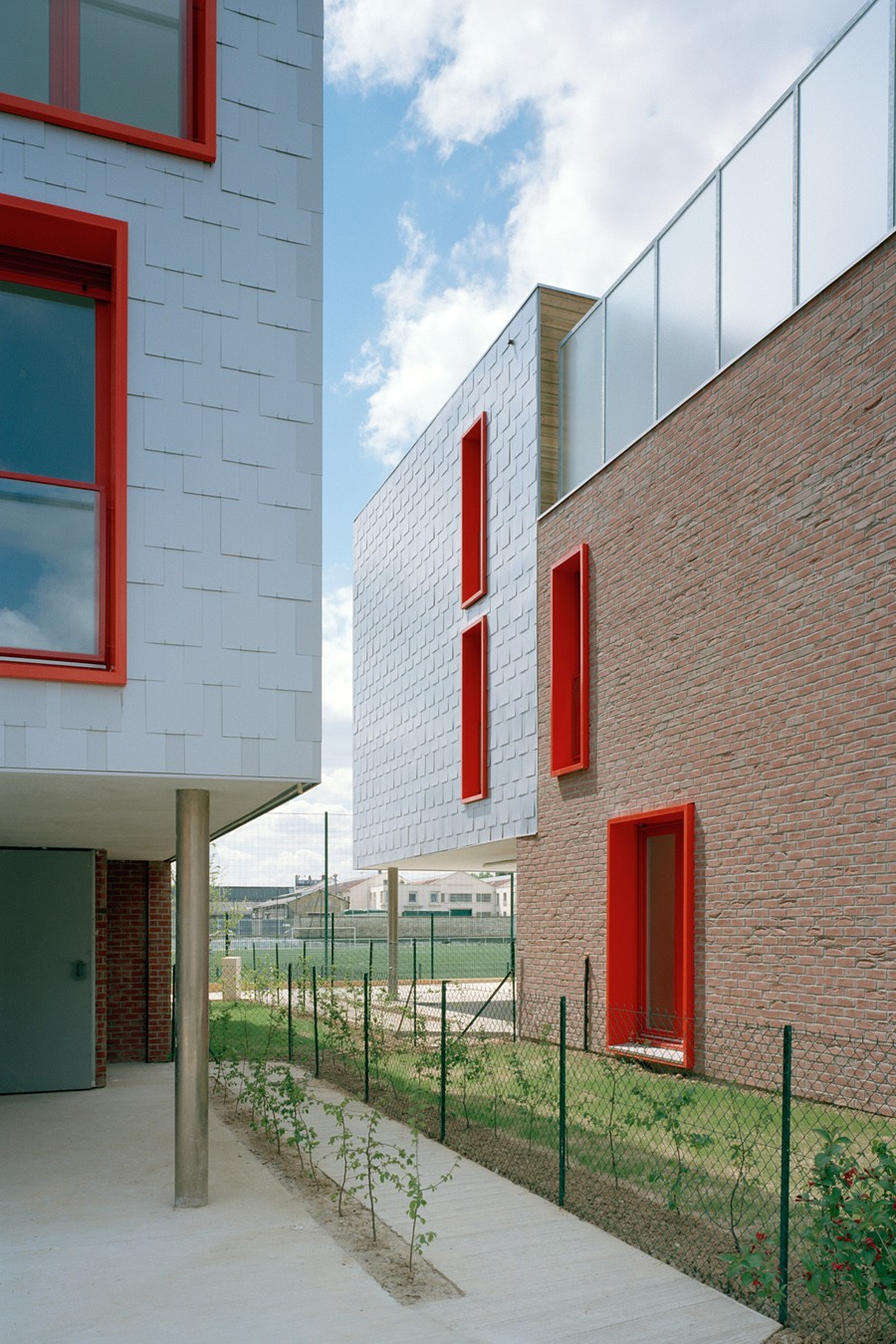 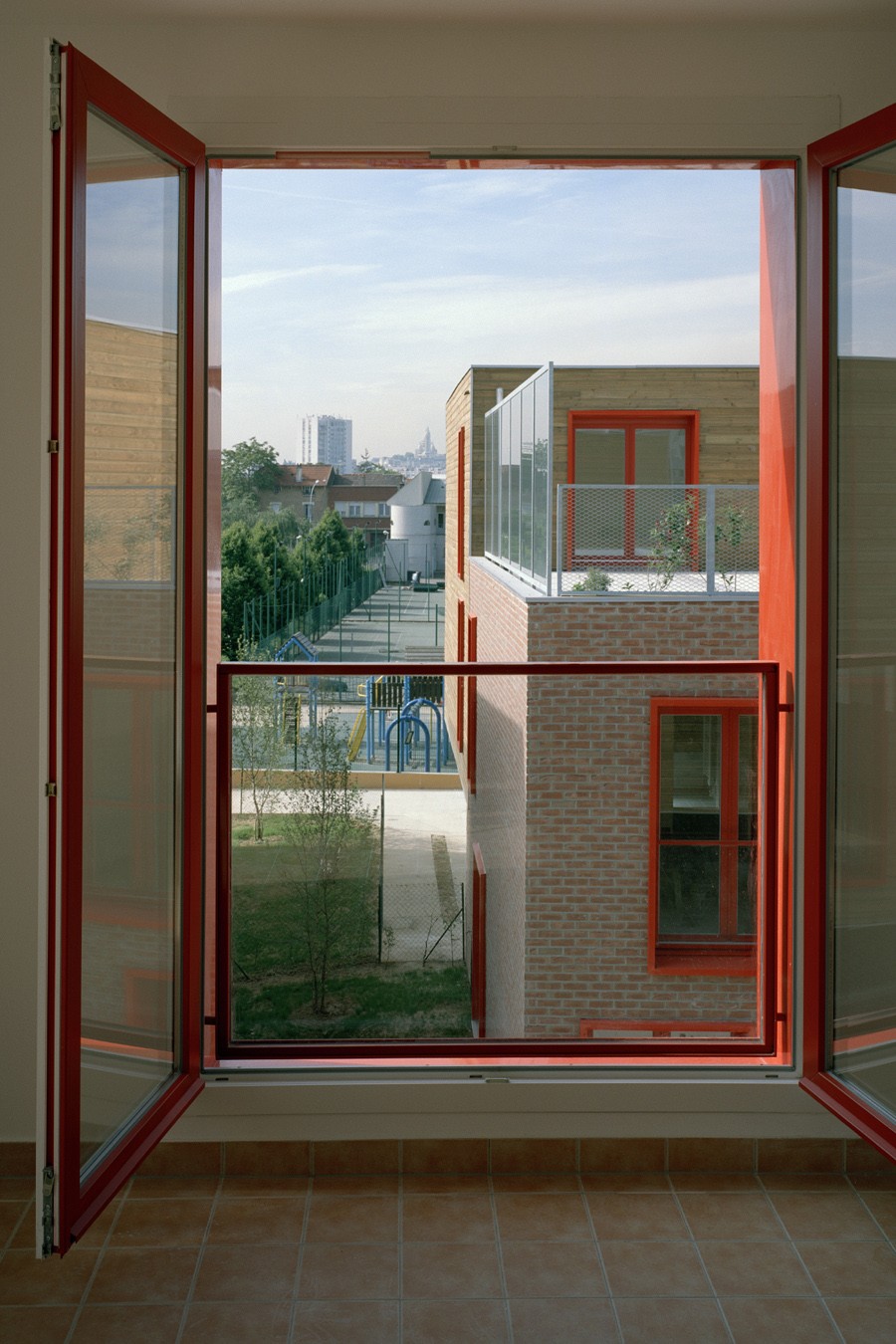 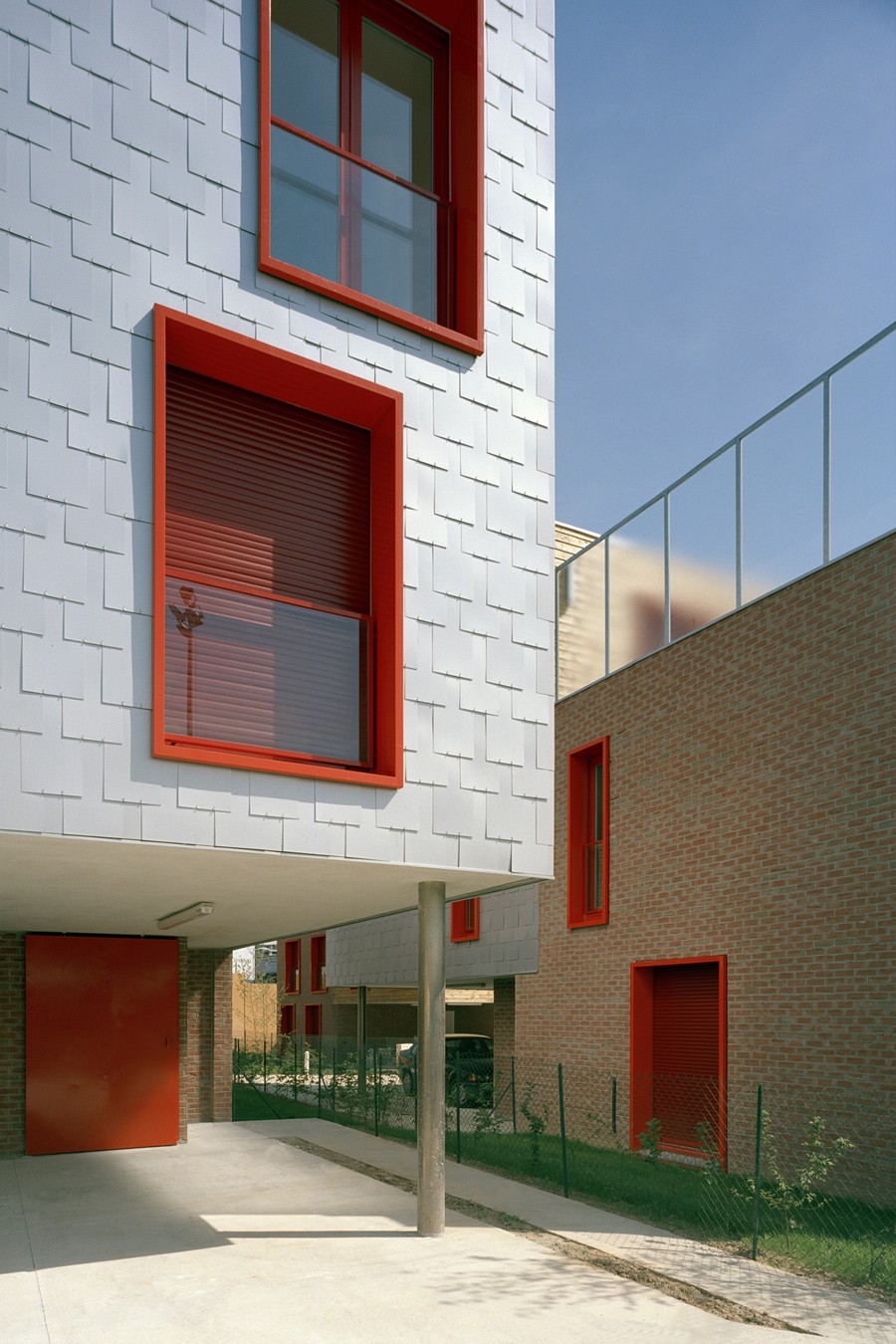 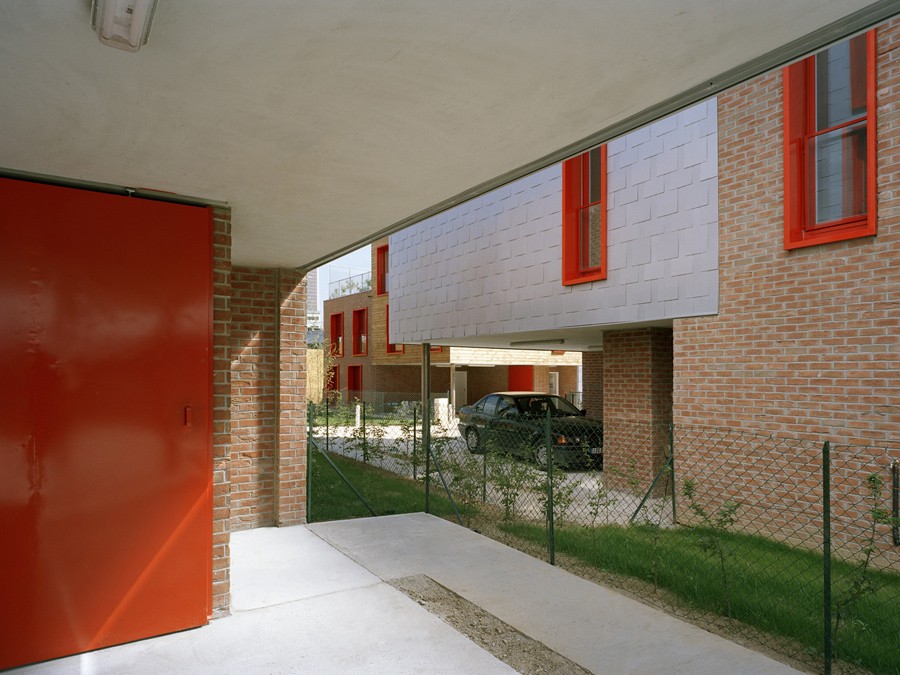 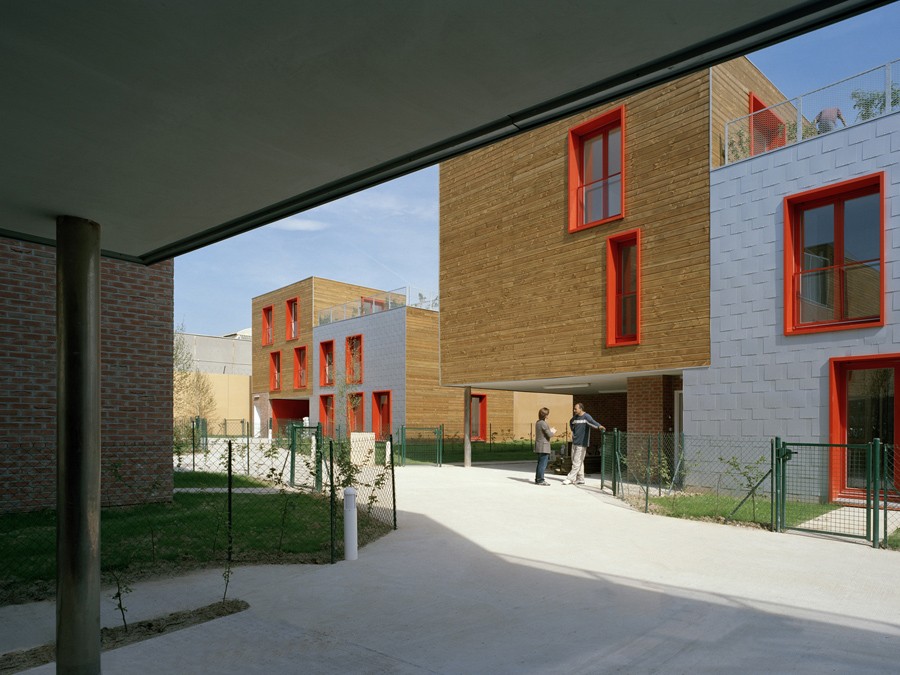 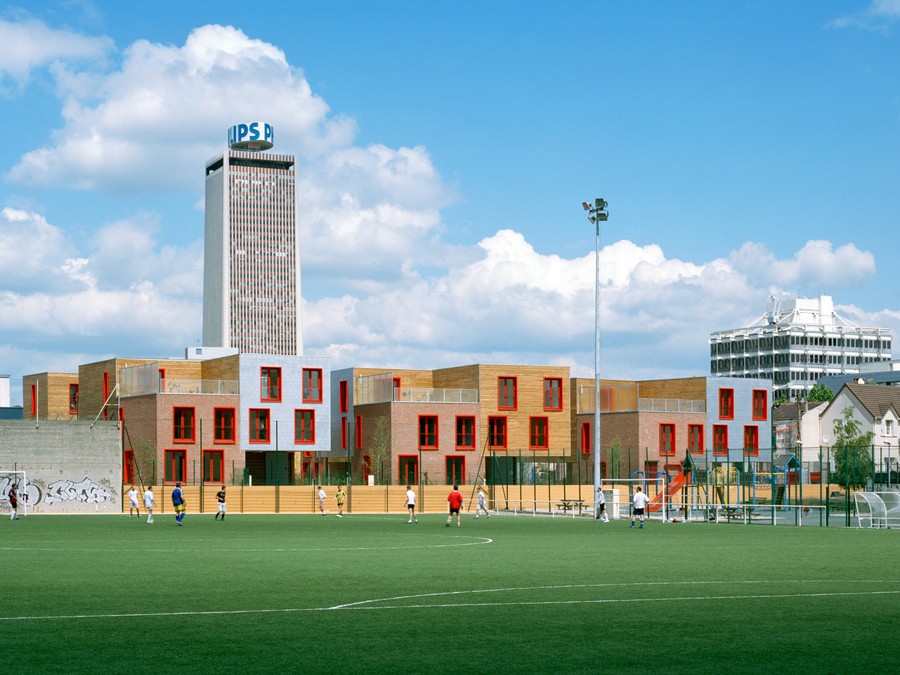