The building is U-shaped around a south orientated central garden. The shape choice allows the sun to penetrate deeply in the heart of the block, and therefore offers a good apartment orientation.

The volume is cut by a series of ramps on the roof surface. Like a deployed ribbon, the volume elevates up to 9 levels, before coming down again to the 3rd floor. The highest point is in the North in order not to block the South-West orientation.

The monolithic volumetrics is emphasized by the pearly shaded « scales », made of lacquered steel, covering the facades. The coulour of the building changes according to the luminosity and the view angles, going from coloured to uniform grey shades.

The rigour of the facade is animated by four types of balconies with wood or metal covering.

All the apartments are light, disposing of a double orientation , in the same way that a permeability is instaured between the block and the street. Along with the multi-orientated views, all the occupants benefit of an exterior garden space or a loggia/ balcony (according to the cases) overviewing the garden or the street.

The building receives financial support from the European Commission for its energy performance, as part of the act2 project of the Concerto Initiative. 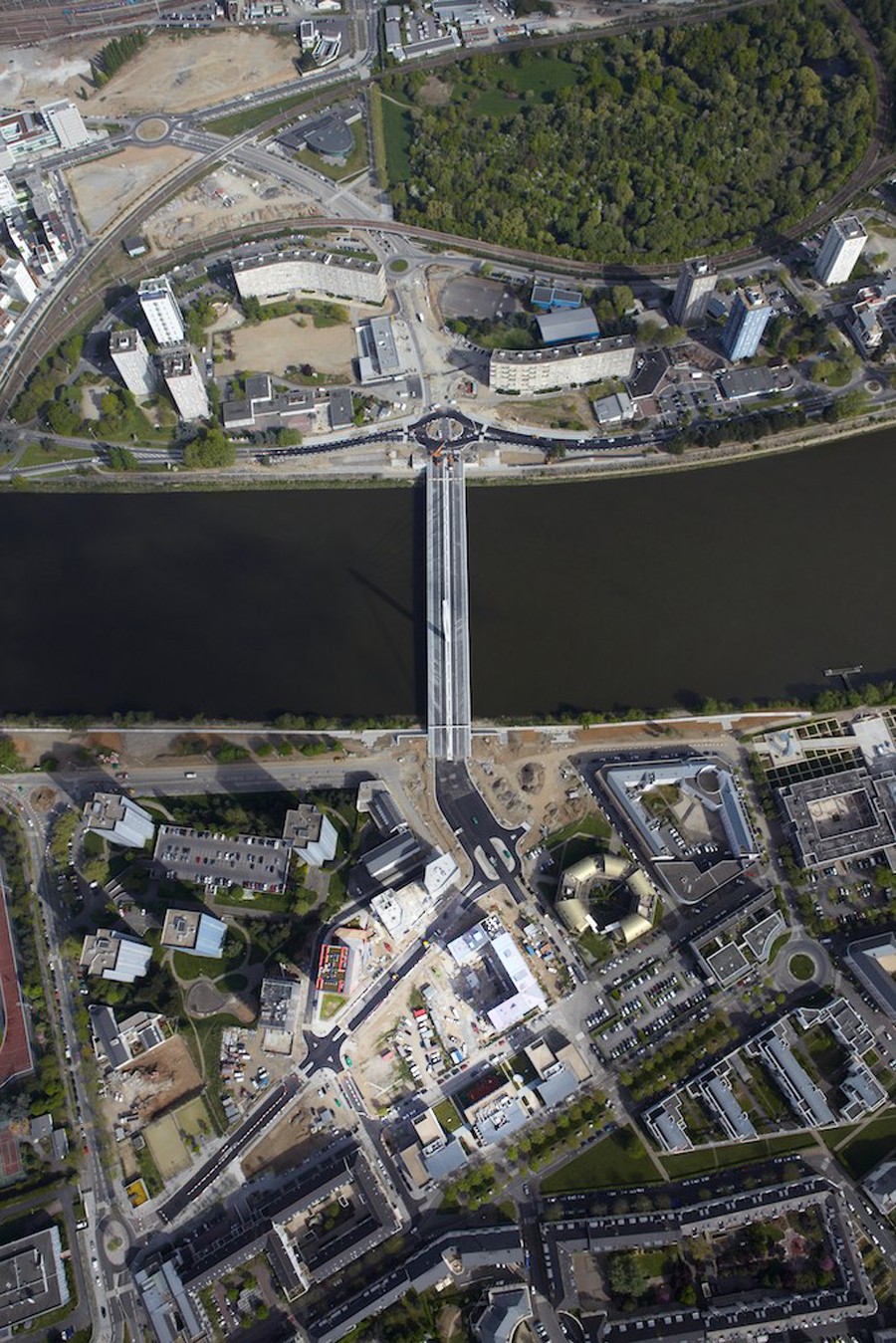 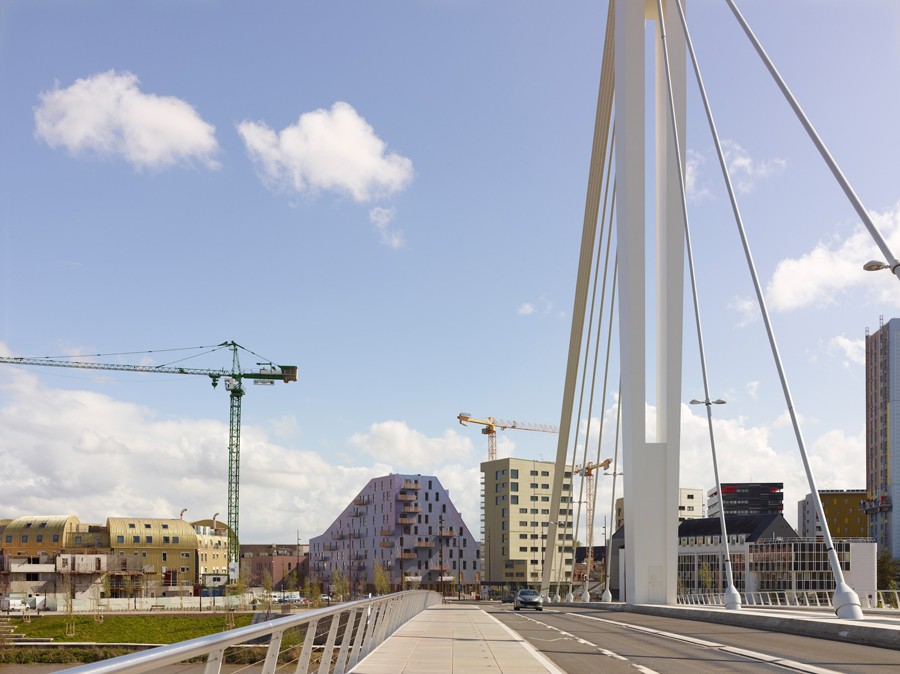 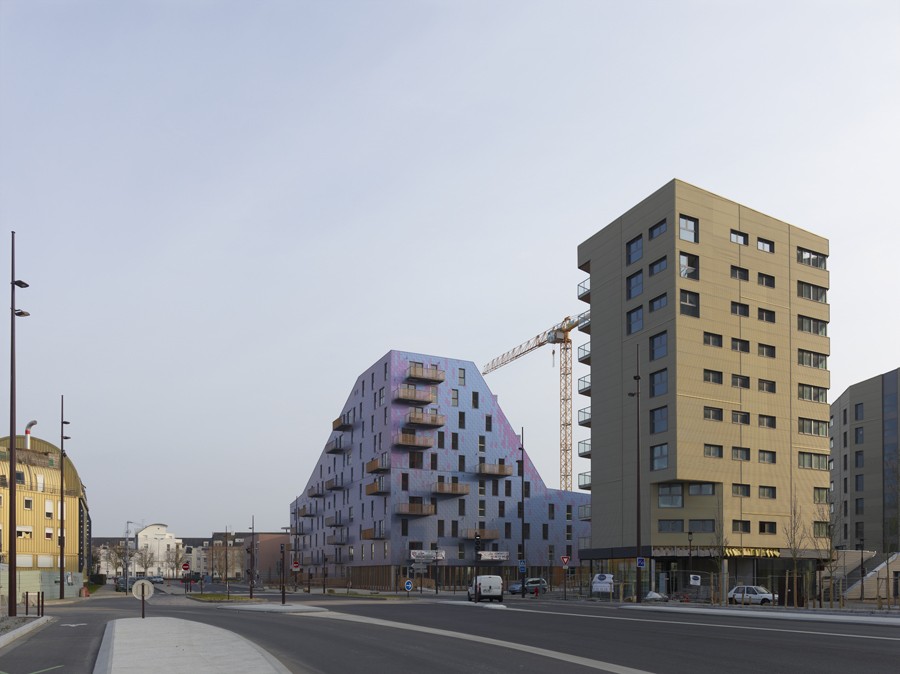 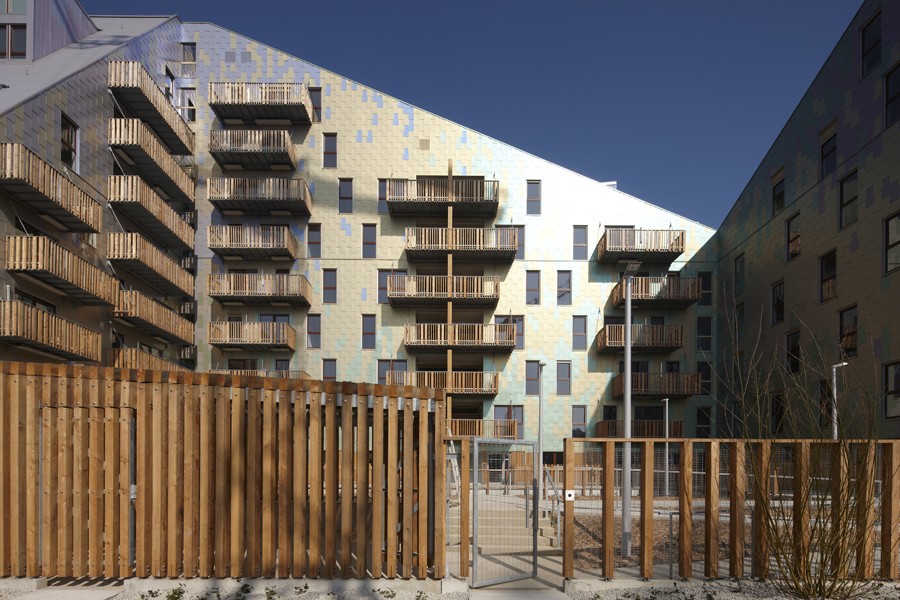 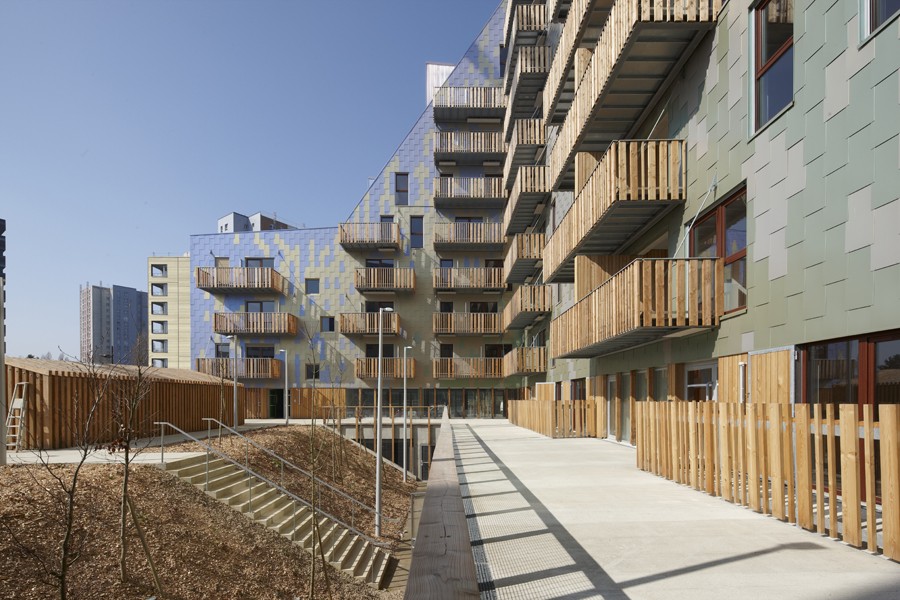 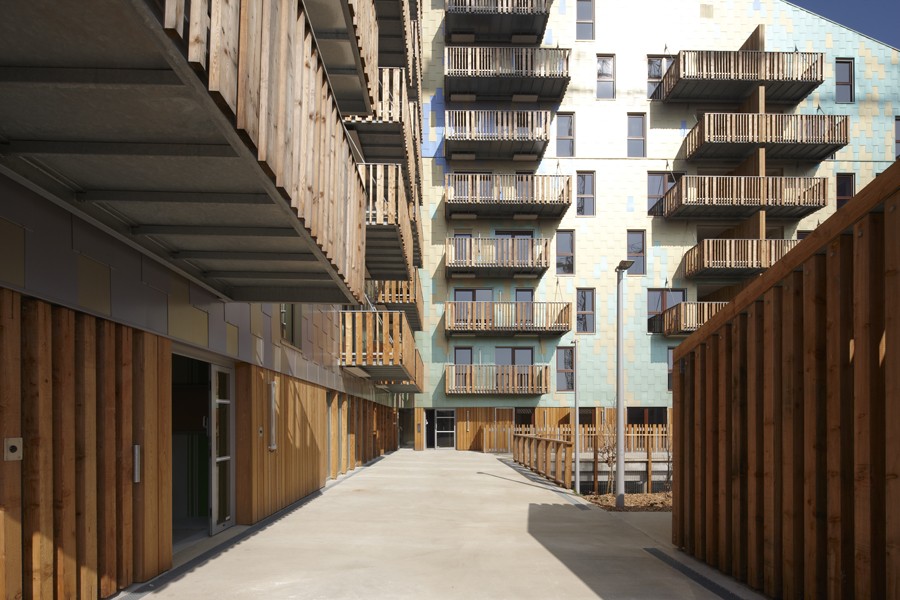 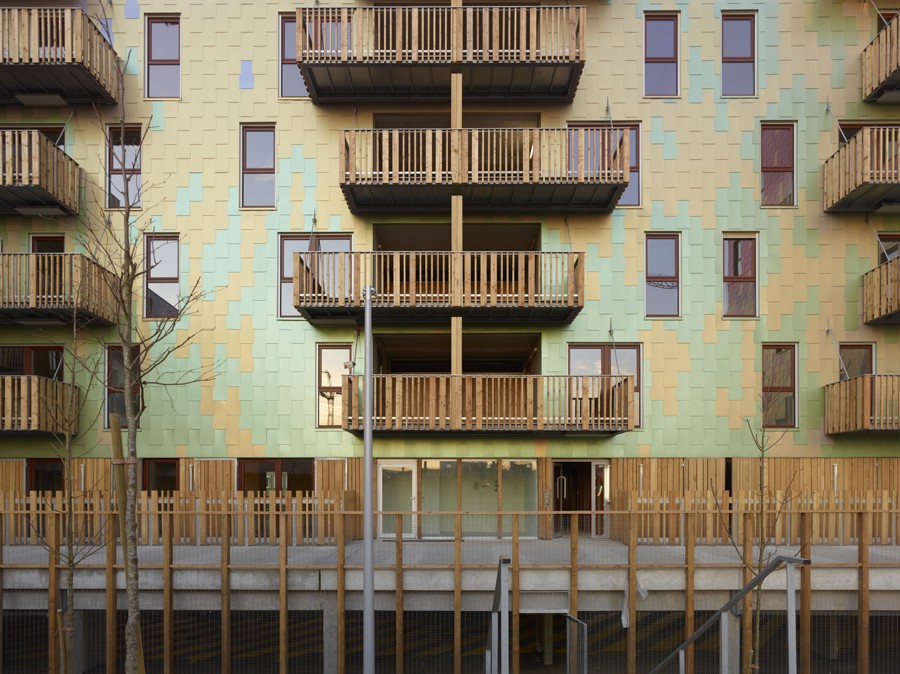 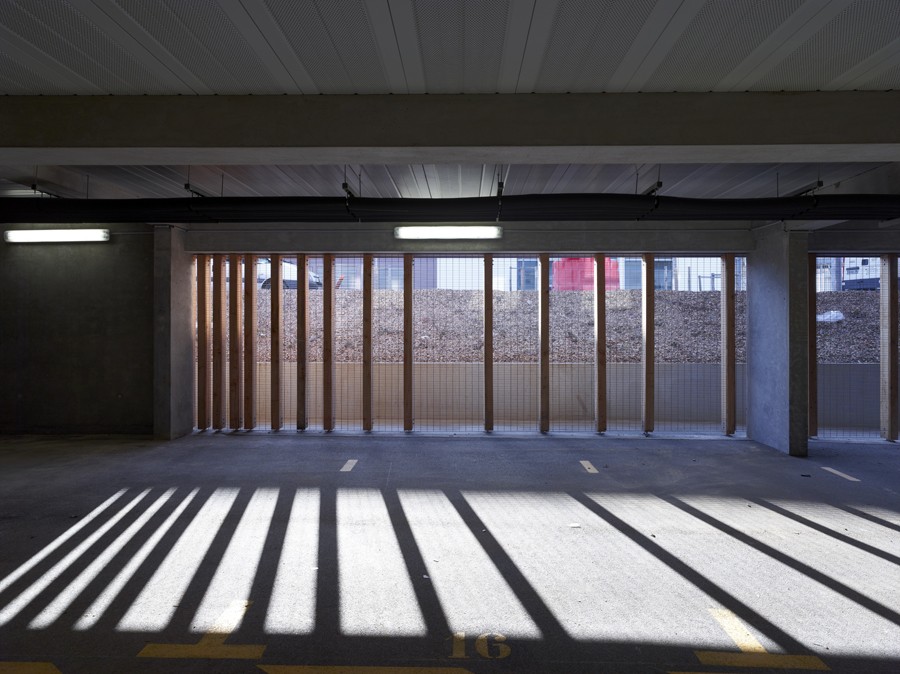 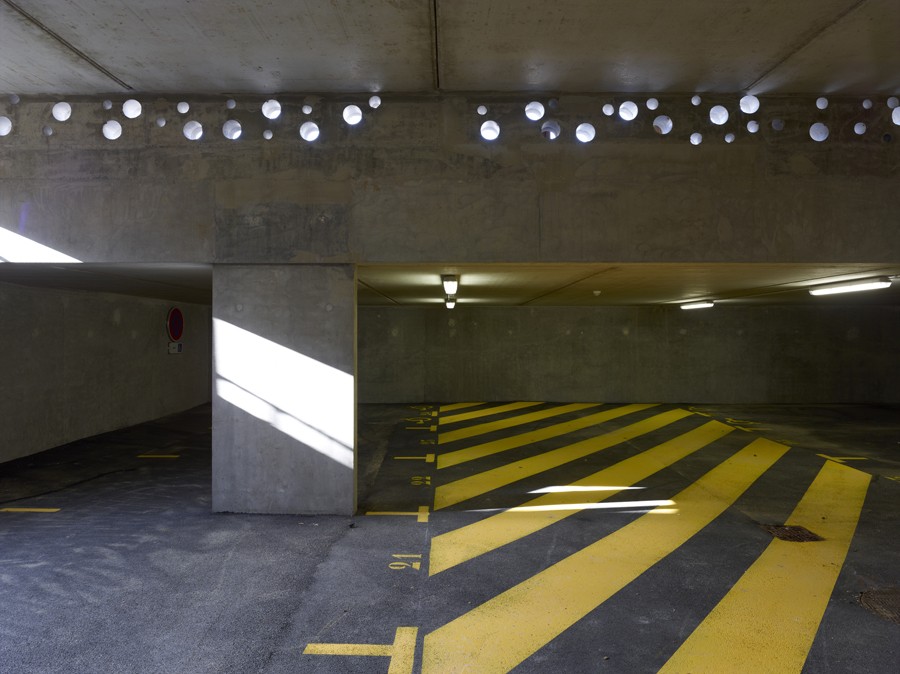 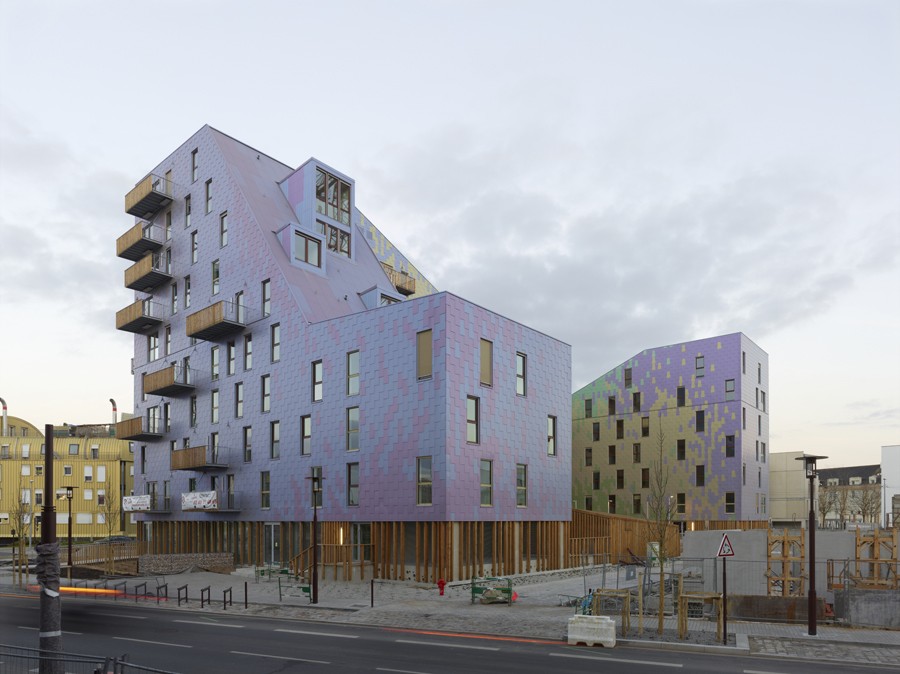 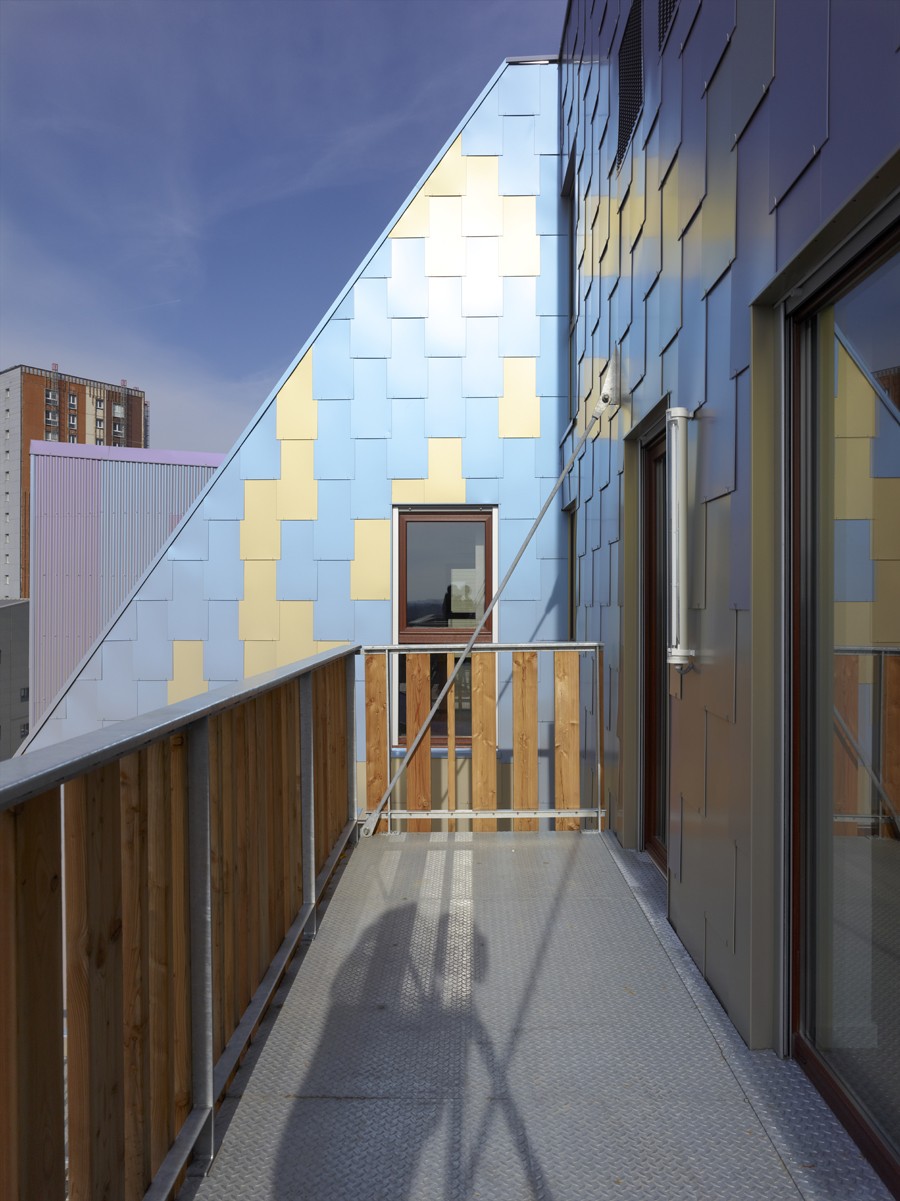 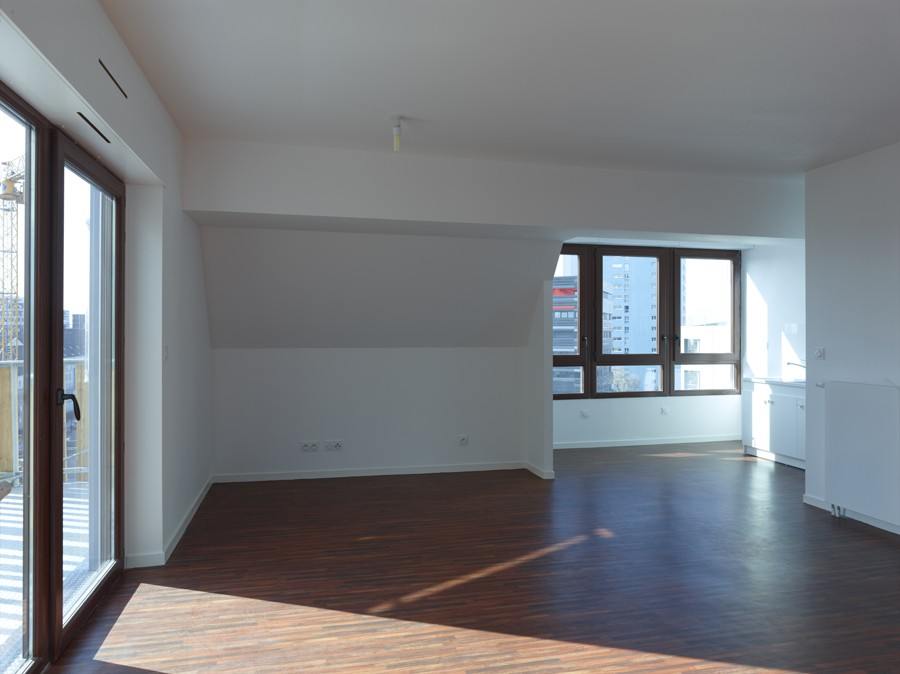 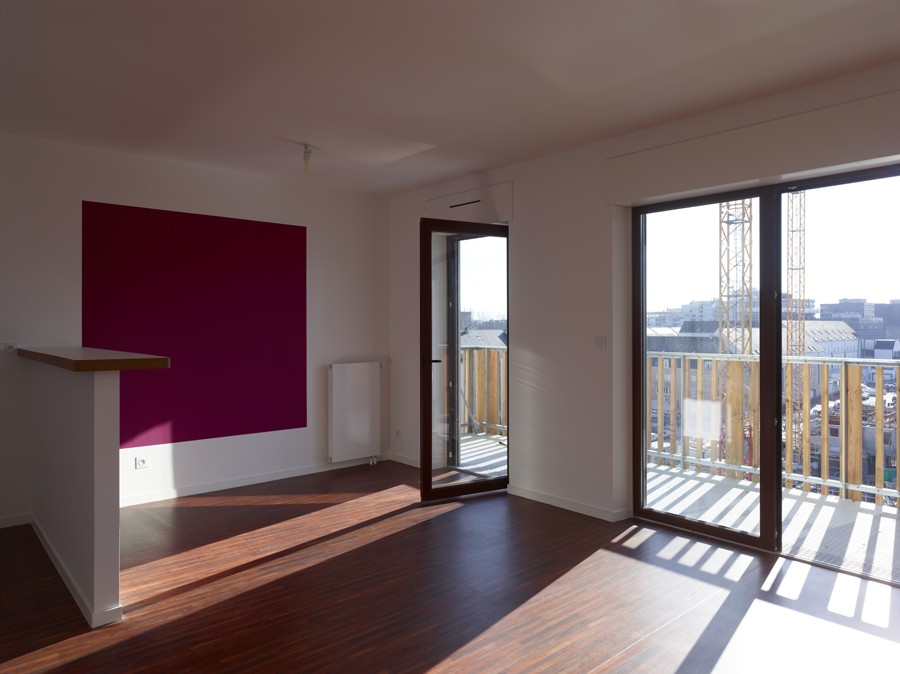 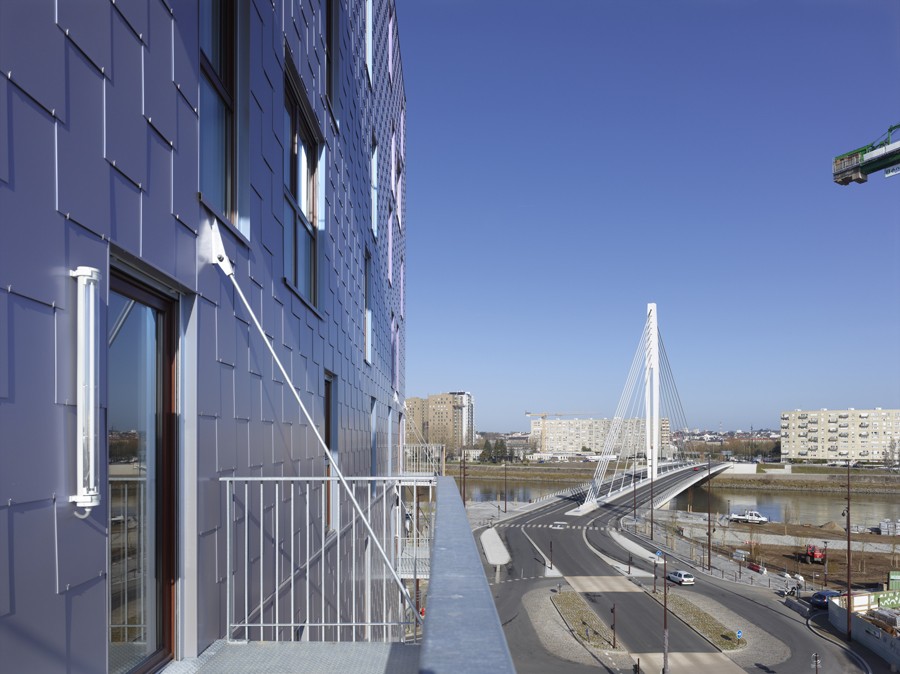 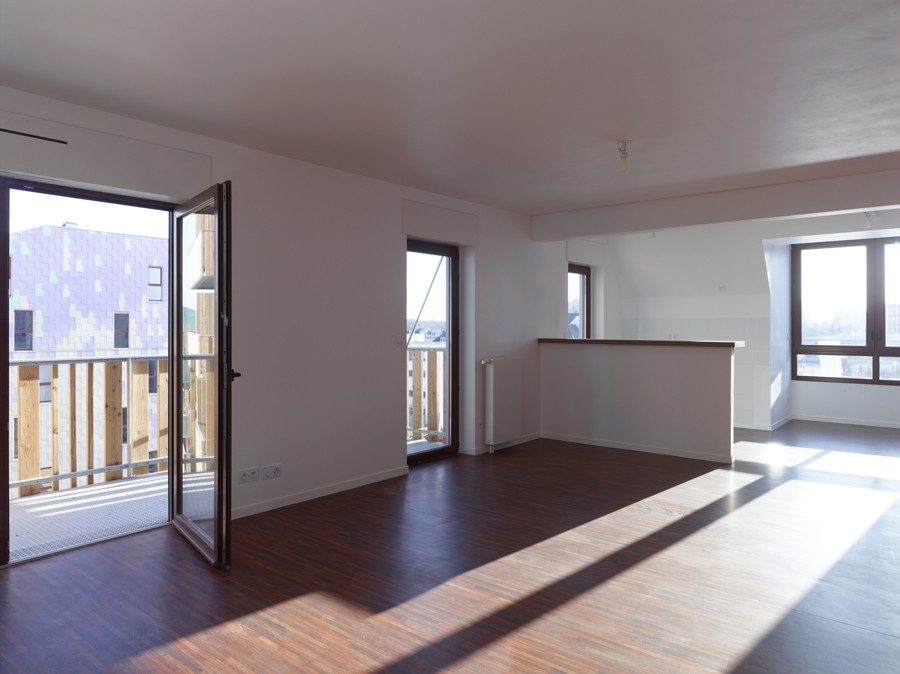 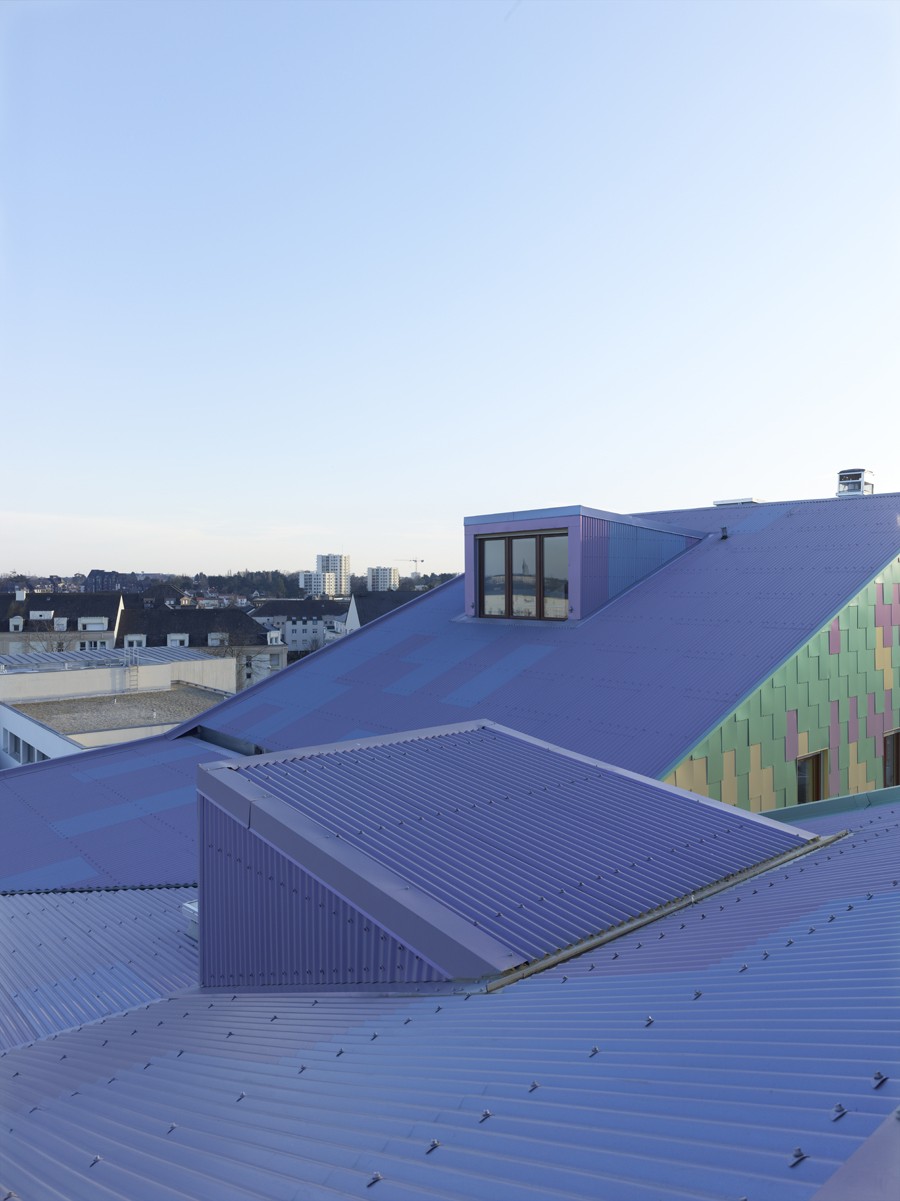 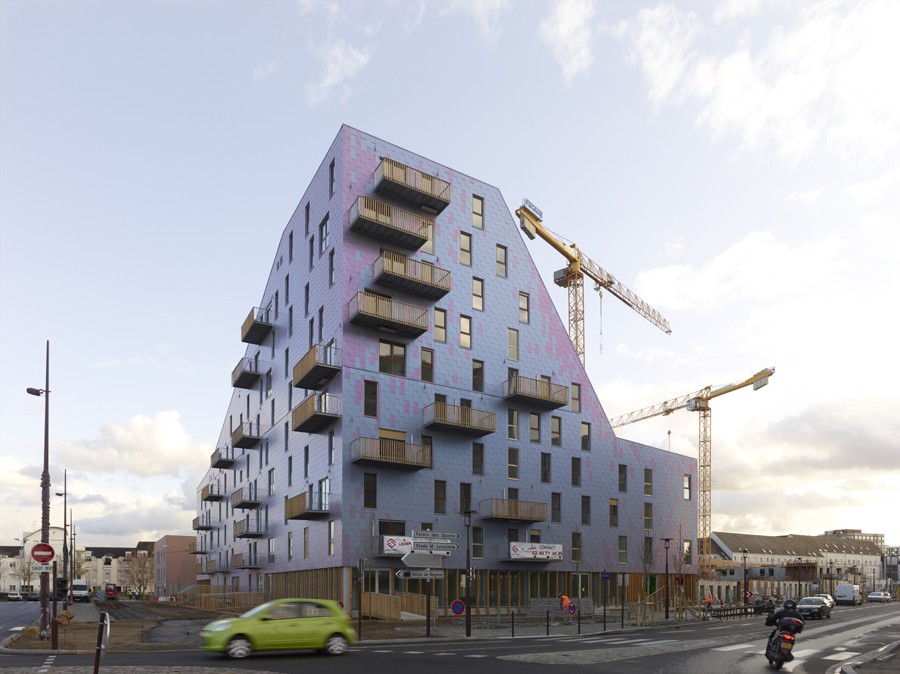 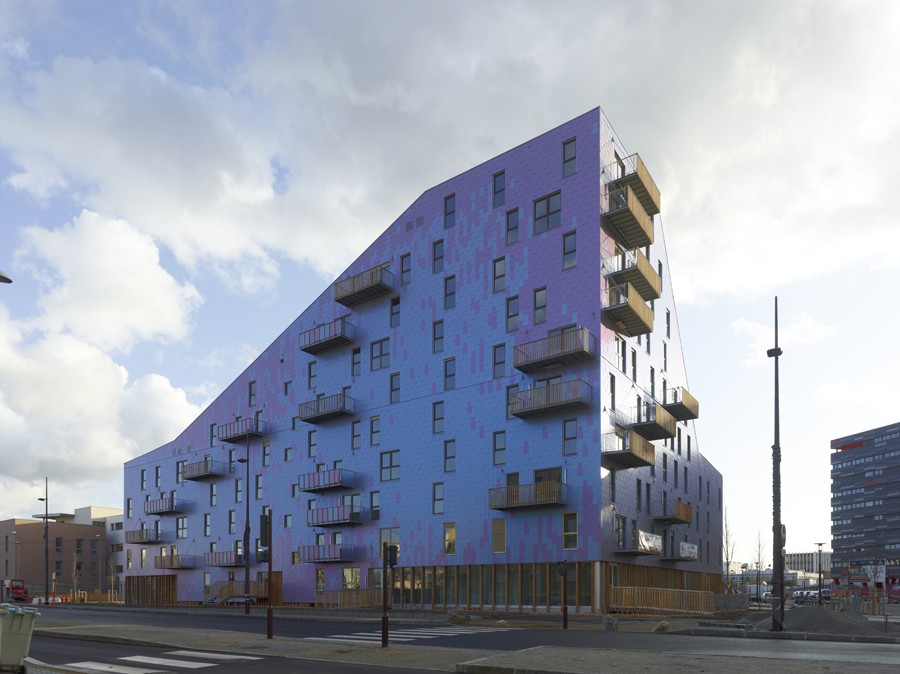 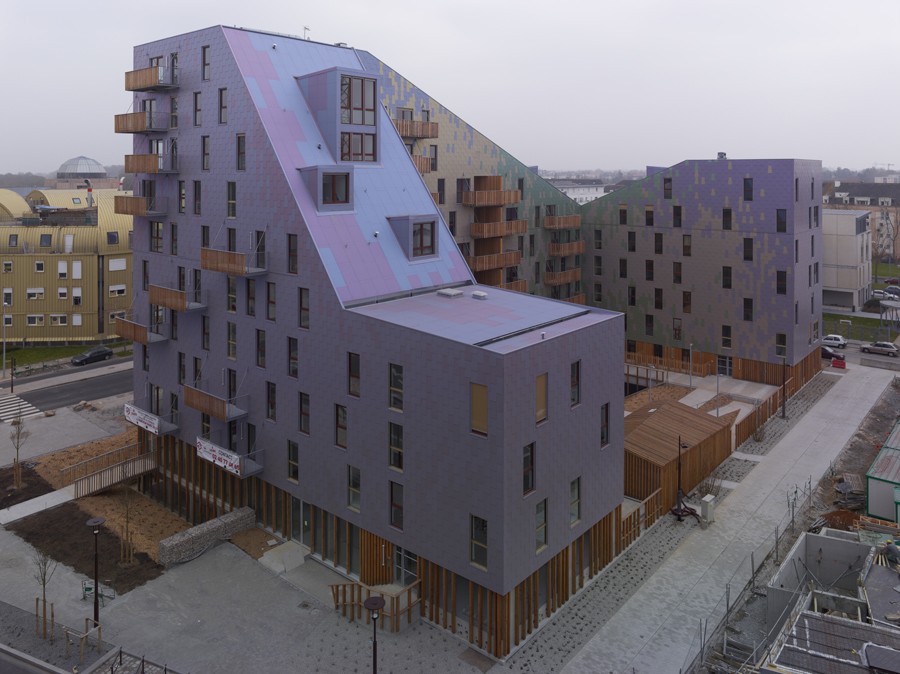 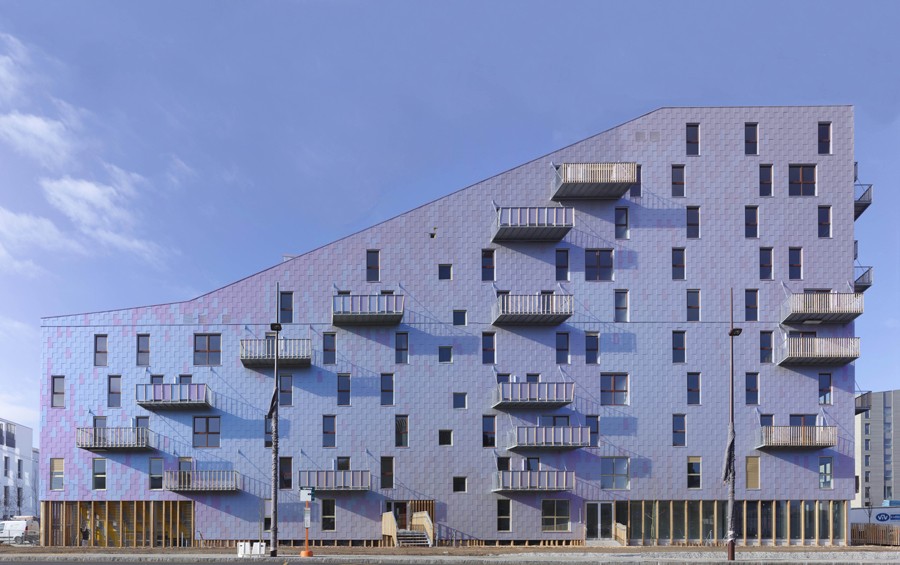 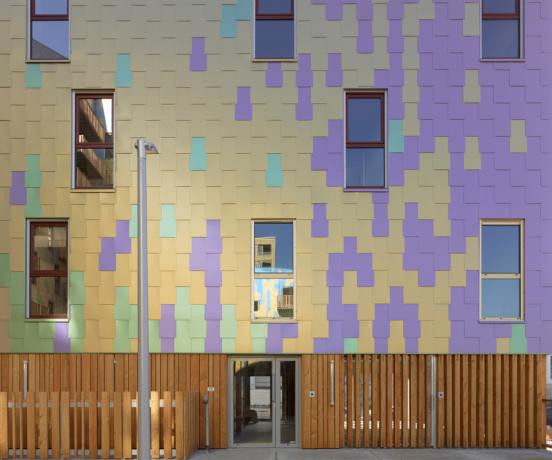