Following a rigorous composition, the courtrooms lead on to the waiting hall, spine of the project, opening on to the Place Winston Churchill.

On one hand, the solemnity of the building asserts itself by the implementation of a square in continuity of the waiting hall. On the other hand, the value of protection of the Justice is marked by the position of the porticoes which shelter the reception and the site. This series of 77 arches form a base which supports the premises of the various entities of the Courthouse. The waiting hall is the spine of the project. The arches allow to control the side views while giving a wide legibility of the place onto the city. The administrative premises are situated over the volume housing the courtrooms and the waiting hall. On the lower part of the plot a garden is created introducing vegetation to the heart of the project and to create a space of transition with the neighbour's gardens.

With reference to the symbolic of the courthouse, our proposition joins solemnity and openness. The presence of arches establishes a solid frame carrying the institution's premises. These openings create views to the garden and the sky, which symbolically “an opening” and all together gives a soothing vision to the users of the Courthouse. The aim of the project is to calm the tensions with means of architecture and landscape architecture. 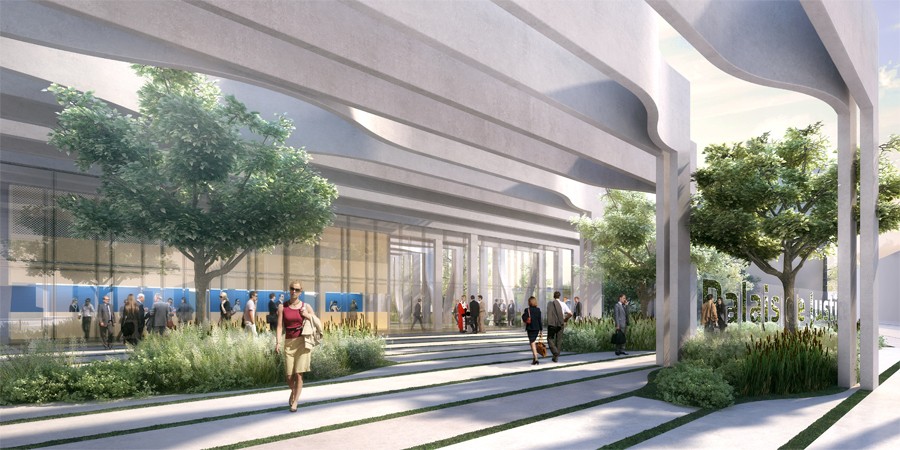 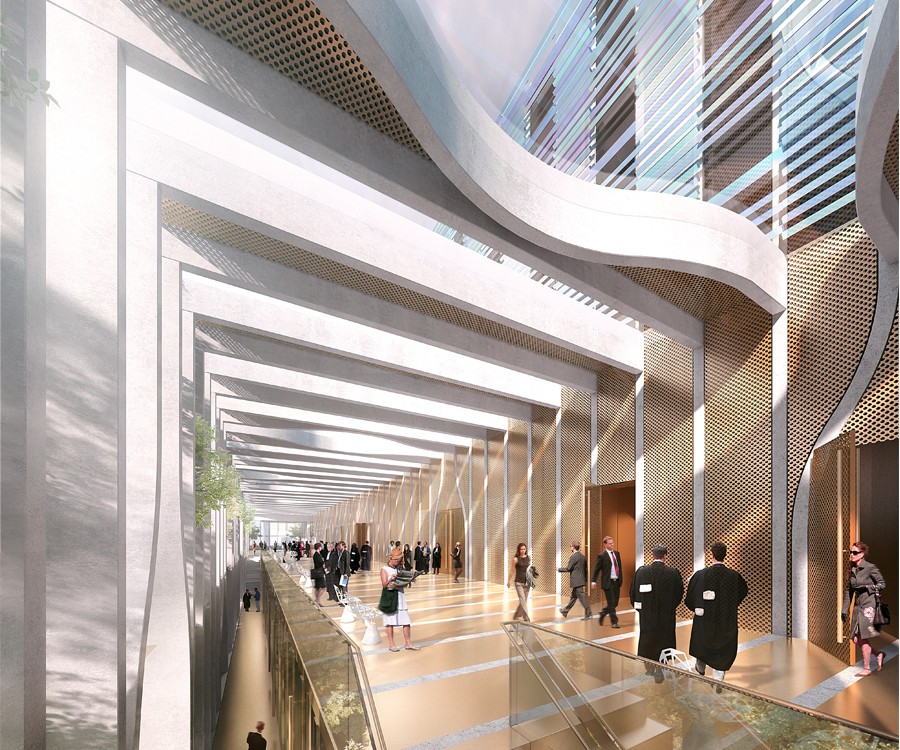