Having been a french-style theater at first, the building has become a ghost after a heavy transformation in the fifties. The sense of its spaces has disappeared, along with its volume and its stage sets. Despite its still lovely looks, as soon as one crosses the doorstep, one could understand how much is to be done to re-enchant this place.

The program for a « cultural youth space »is quite demanding in termes of acoustic and dimension constrains. Only the facades and the roof would be kept, remaining after all the most significant elements of the original building. It is evident to us that the new project should have to lean on that strong historic envelope, in order to achieve a new architectural creation within the interior.

We have decided to organize our program elements in three main objectives:
-  to give a simple exterior legibility, creating a public facade on the entrance square, and a technical one behind ;
-  to regain the lovely volumed reception spaces that would revive the memory of the first theater ;
-  to use the volume of the roof and to transform it into the signal element of the building.

The Council of the community of Pays du Vendôme 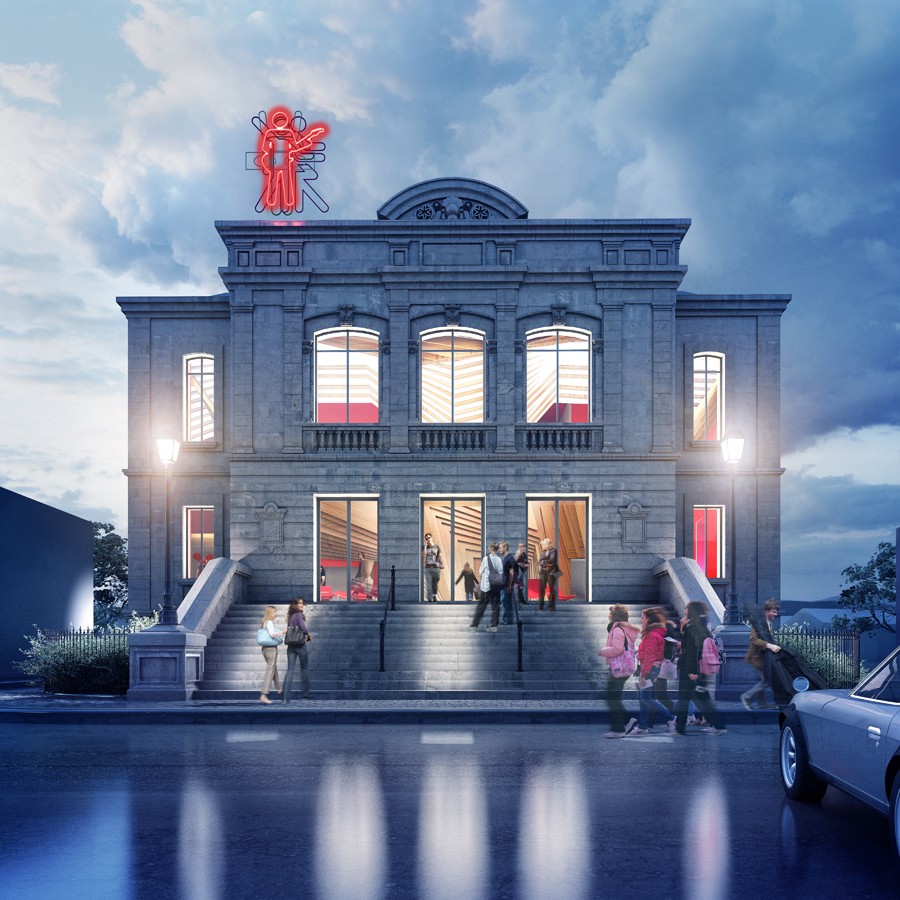 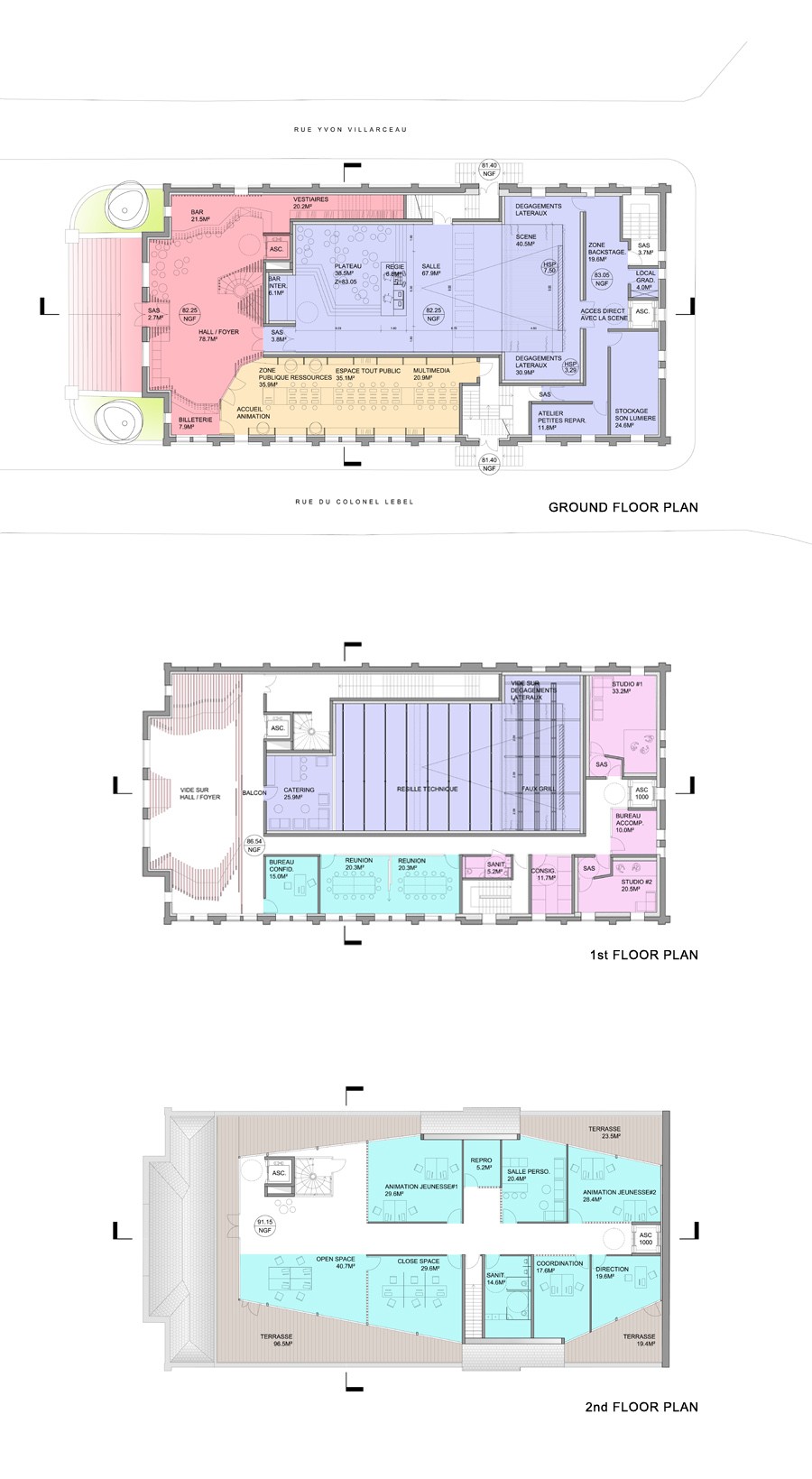 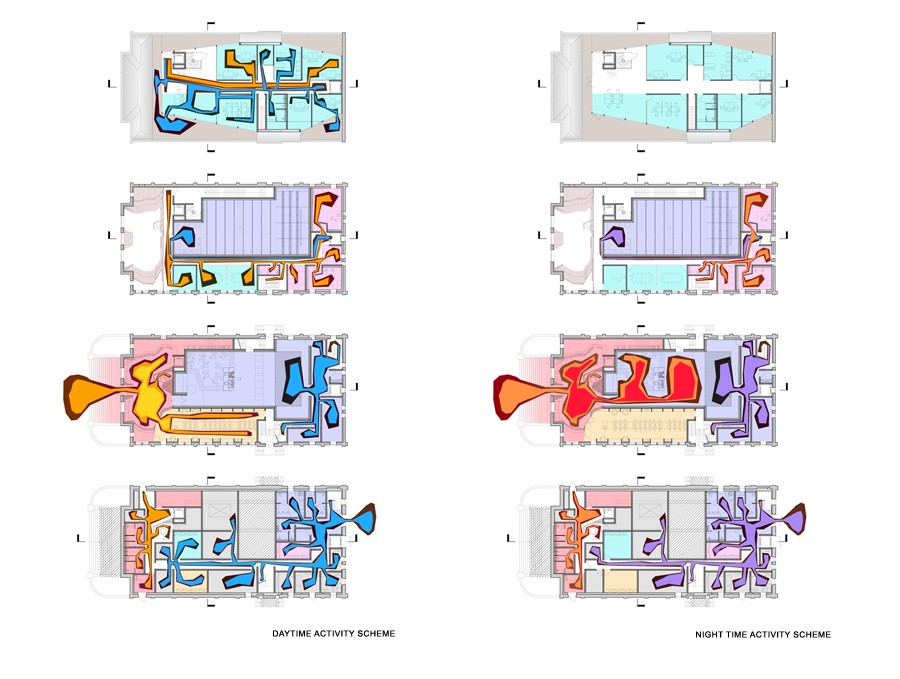 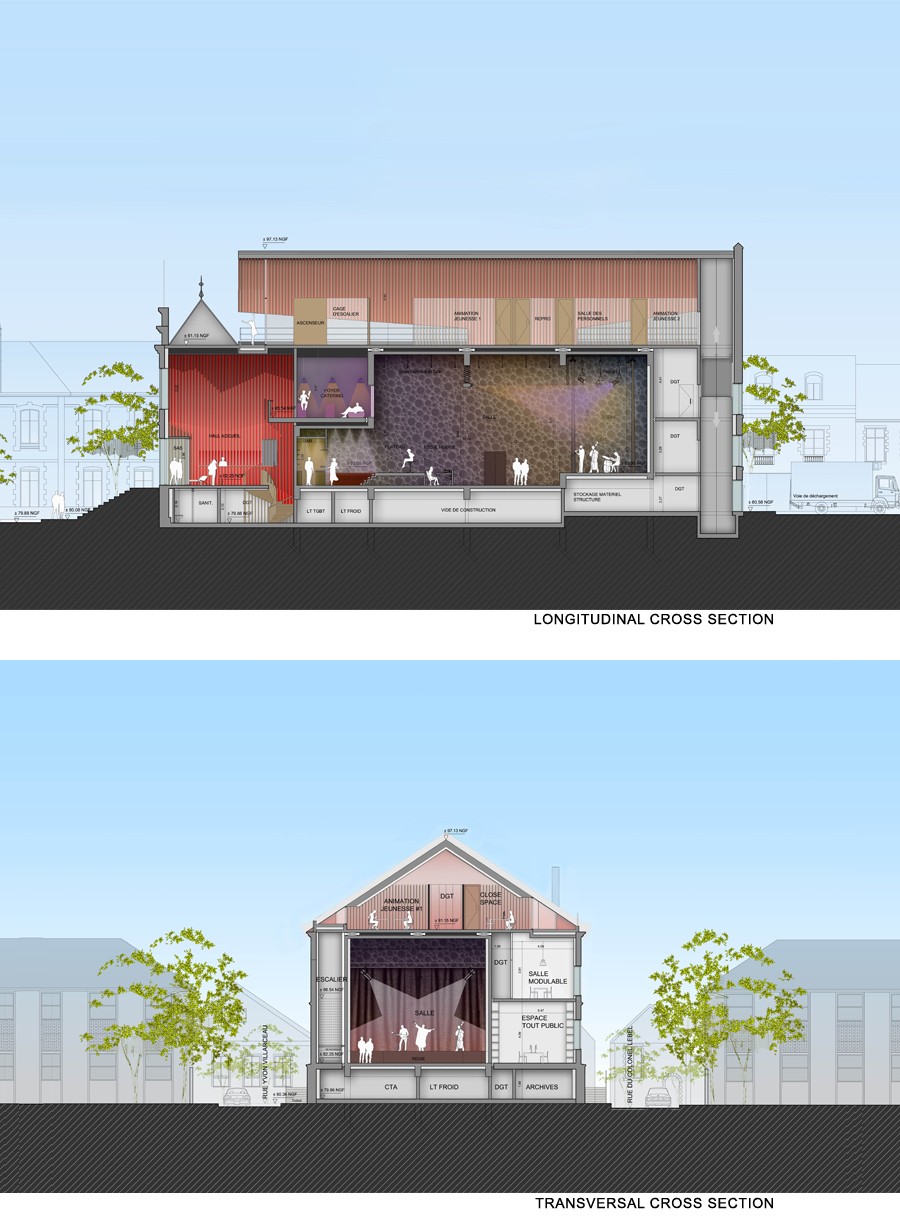