The Grand Paris Eco Campus contributes in the transformation of the Domain Chérioux landscaped in Vitry.

The ground shape is an unraveled triangle of 150m by 50m. In both North / South crossbars separating 3 islands, we add an Est/Ouest crossbar, bisector of the composition. The 6 buildings identified by the masterplan, set up a small district where the central street becomes the major point of interest of the uses.

The internal street, on the double height of the workshops situated on the groundfloor, gathers, distributes, organizes the site. It is covered by ETFE balloons supported by a wooden triangle-shaped carpentry and traditionally assembled.

As a metaphor of the factories once existing on the site, the project reinterprets the angular plans and the terracing of the industrial constructions of the suburbs as well as the covered hall of the workshops, to establish a place totally contemporary and being part of the history. 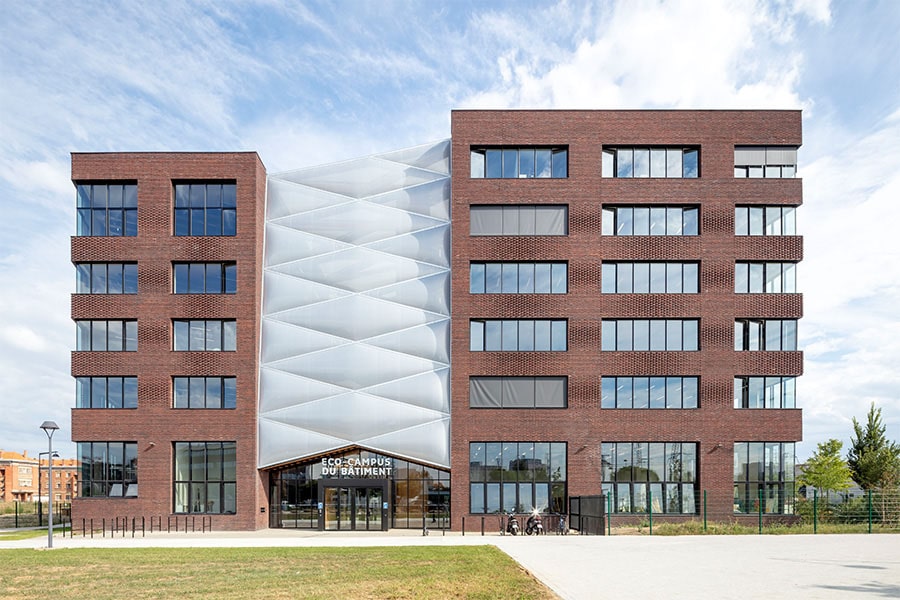 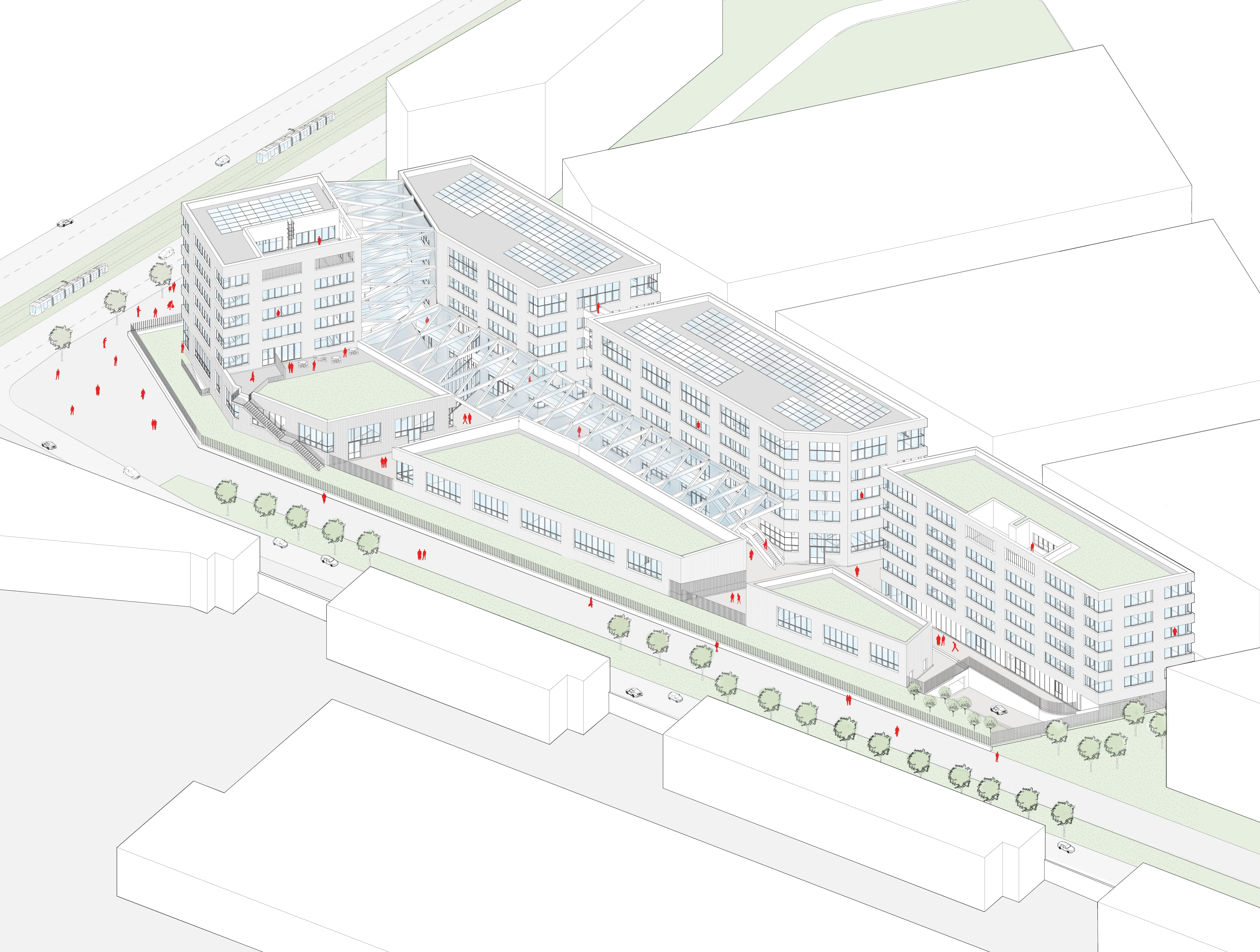 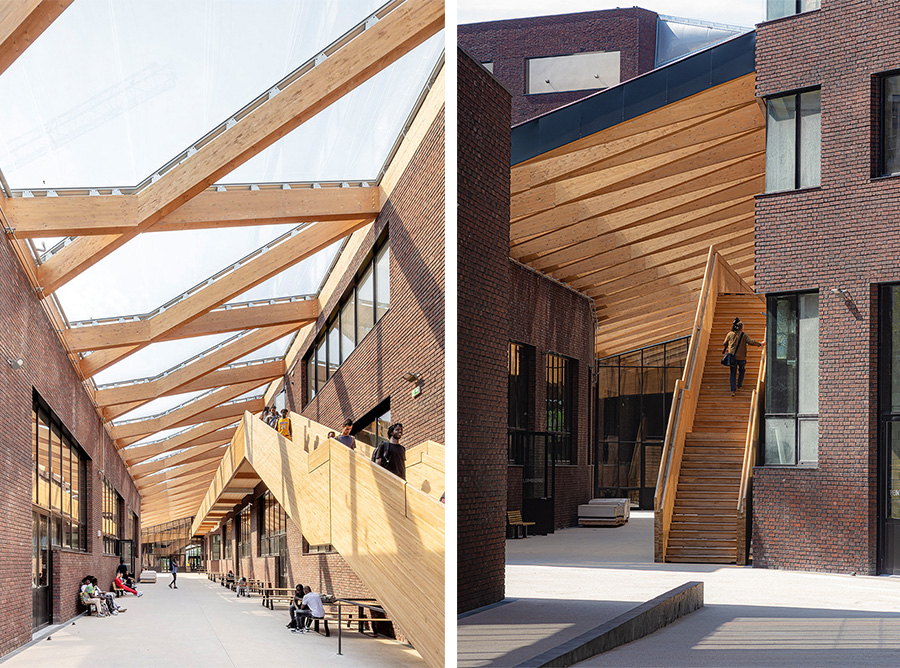 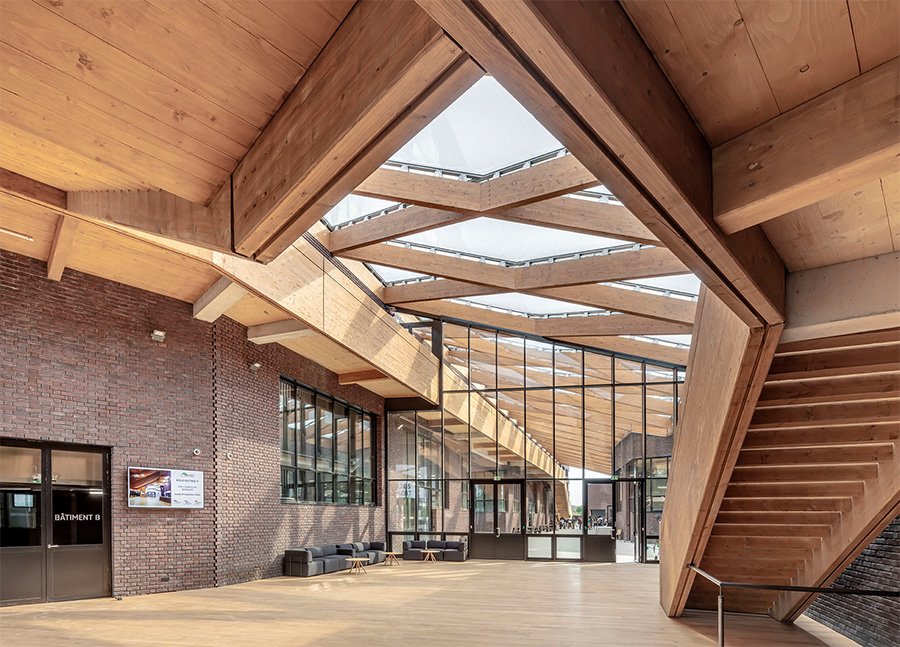 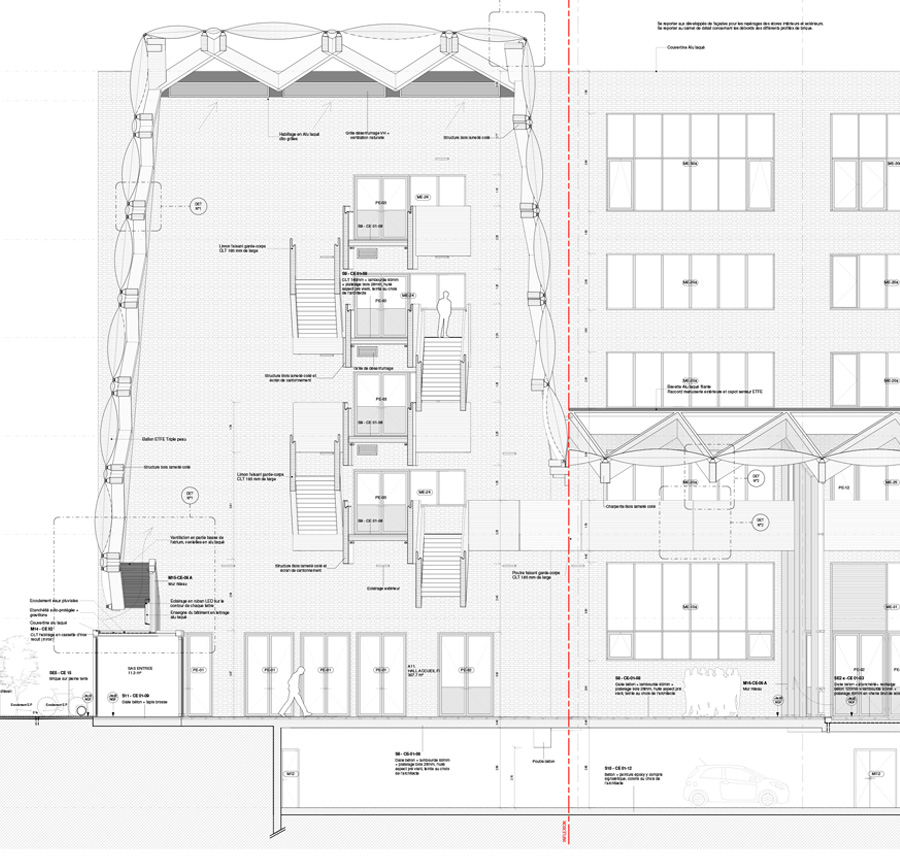 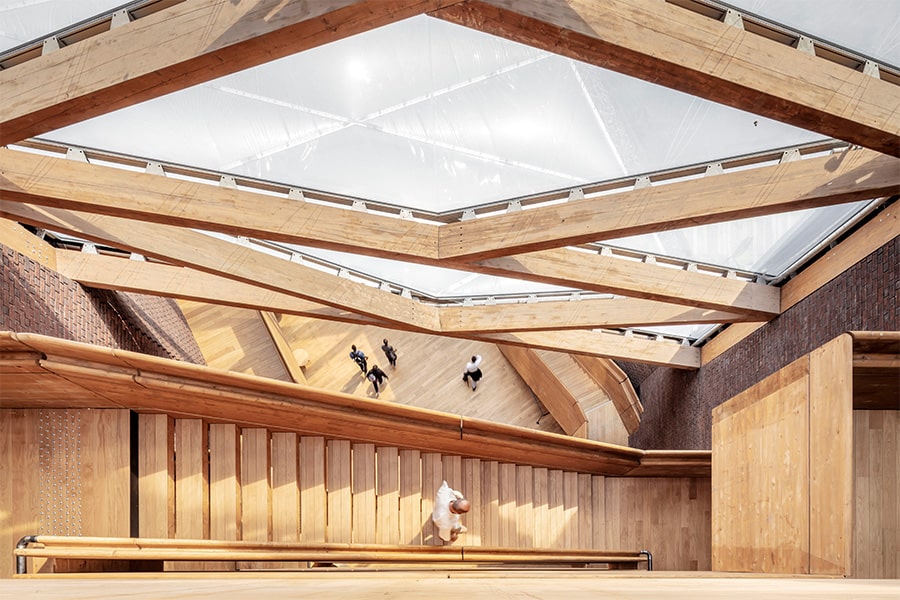 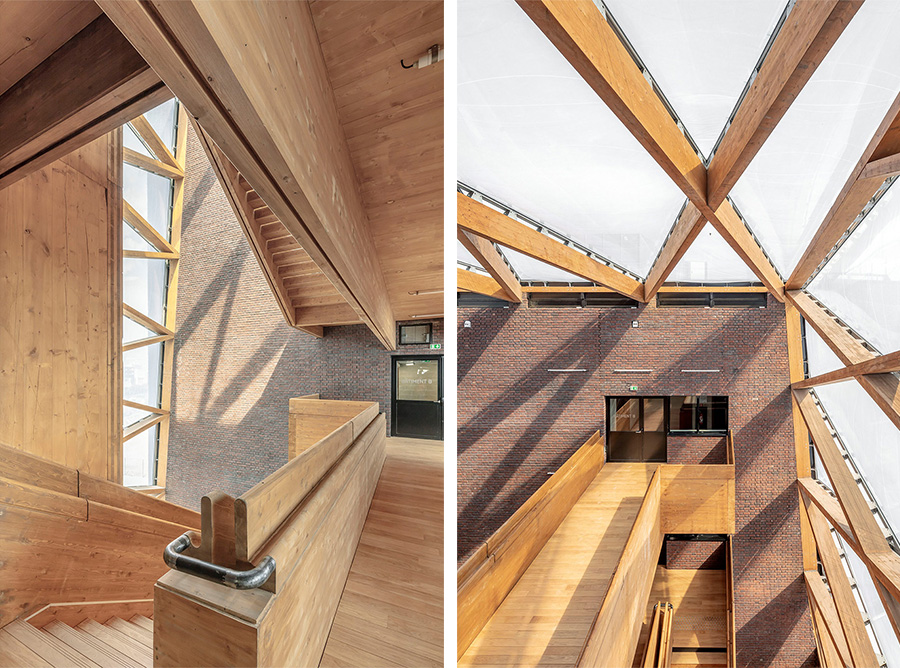 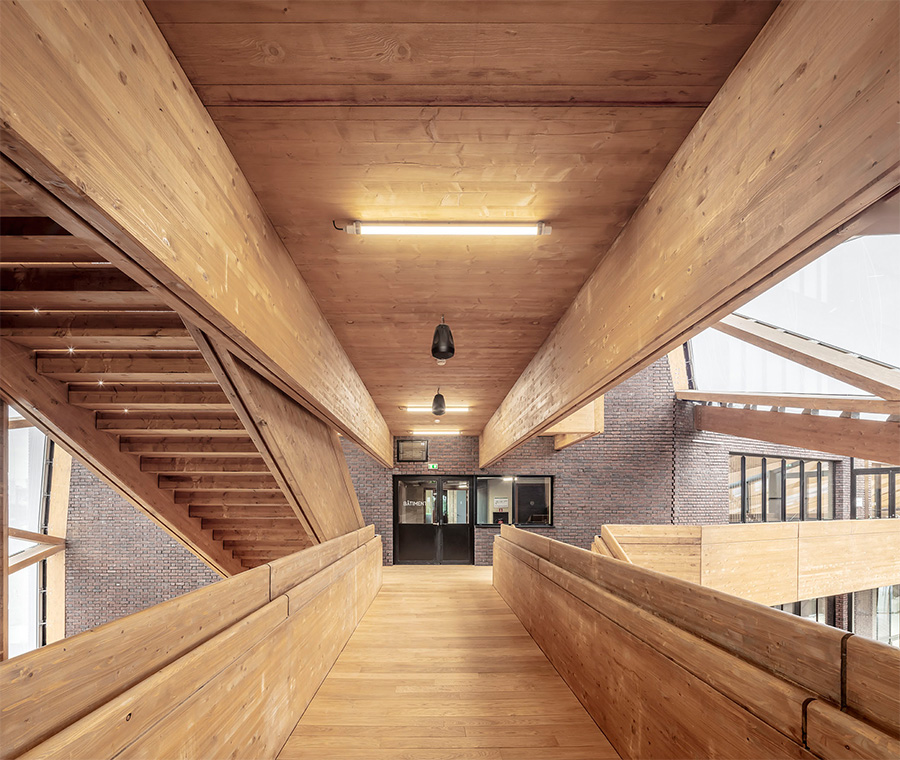 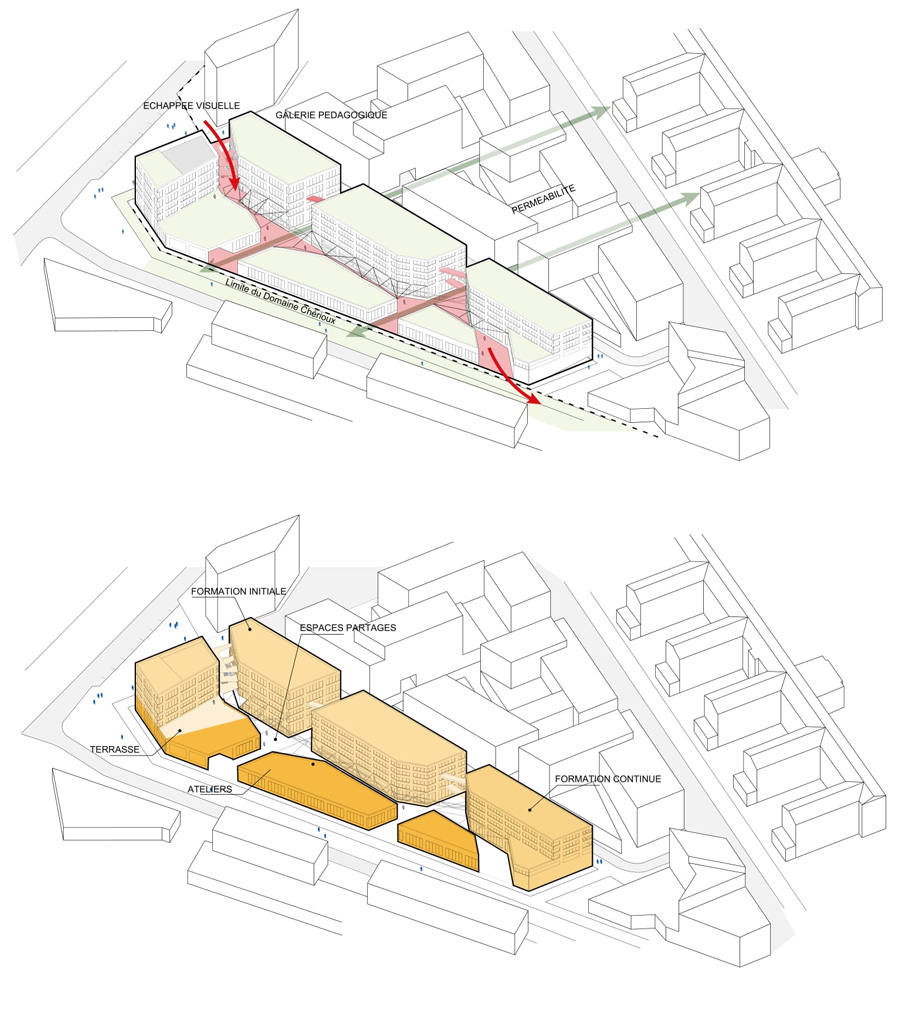 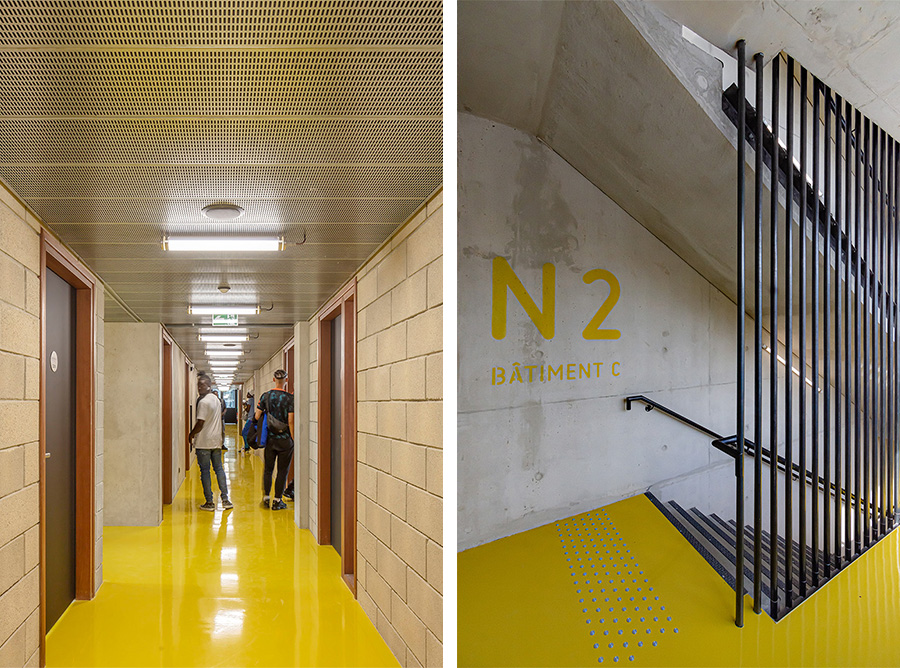 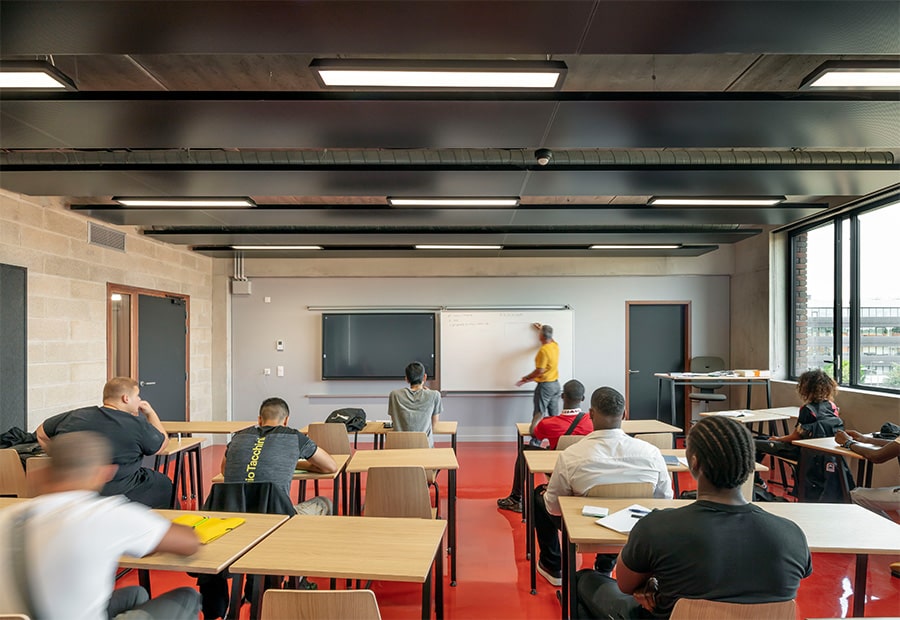 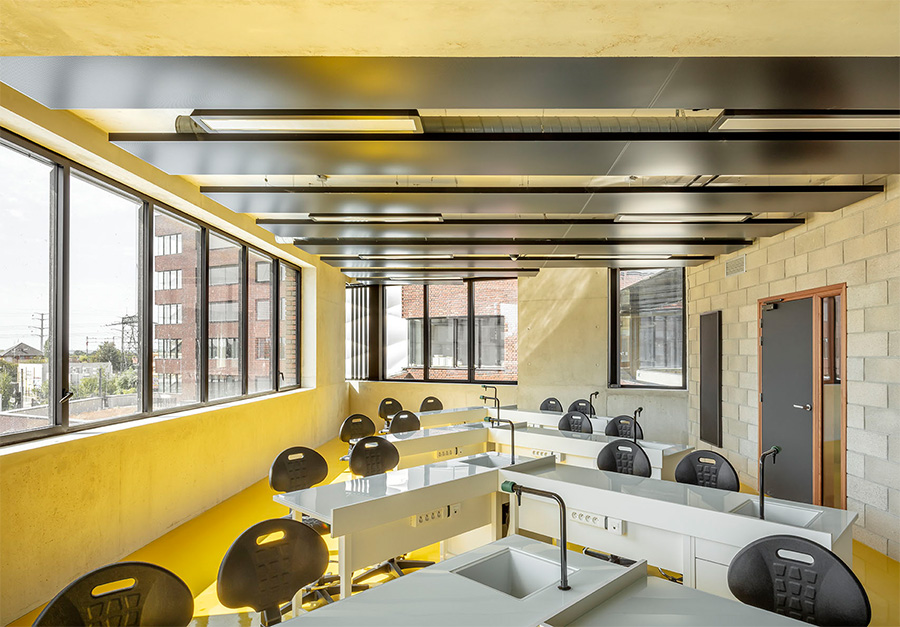 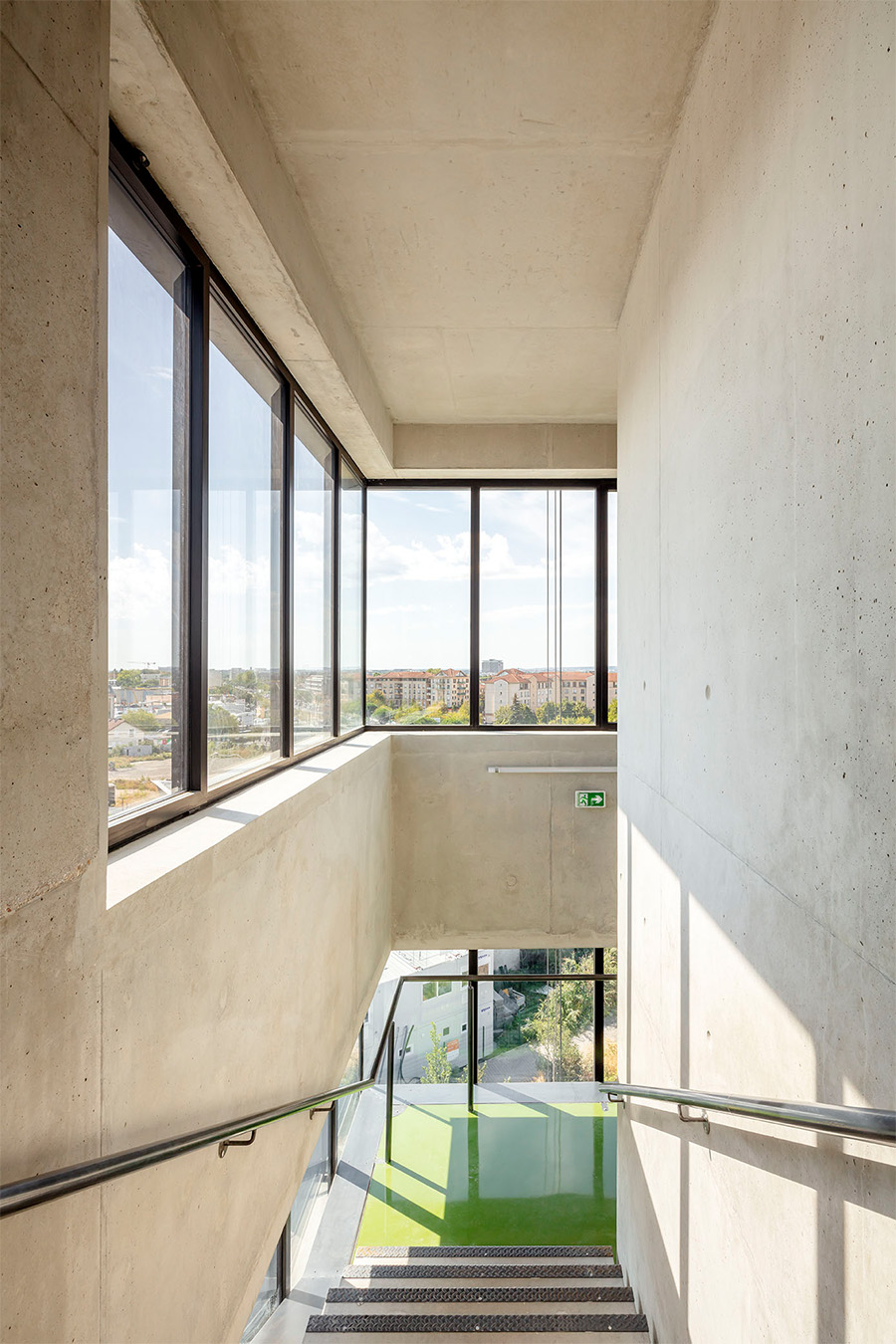 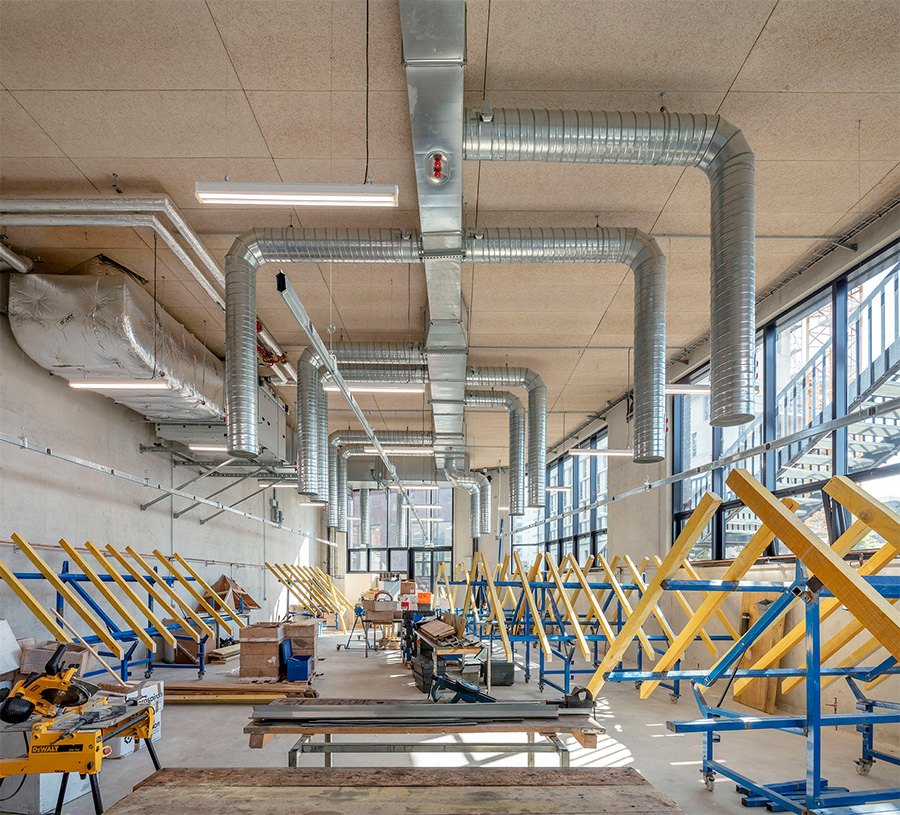 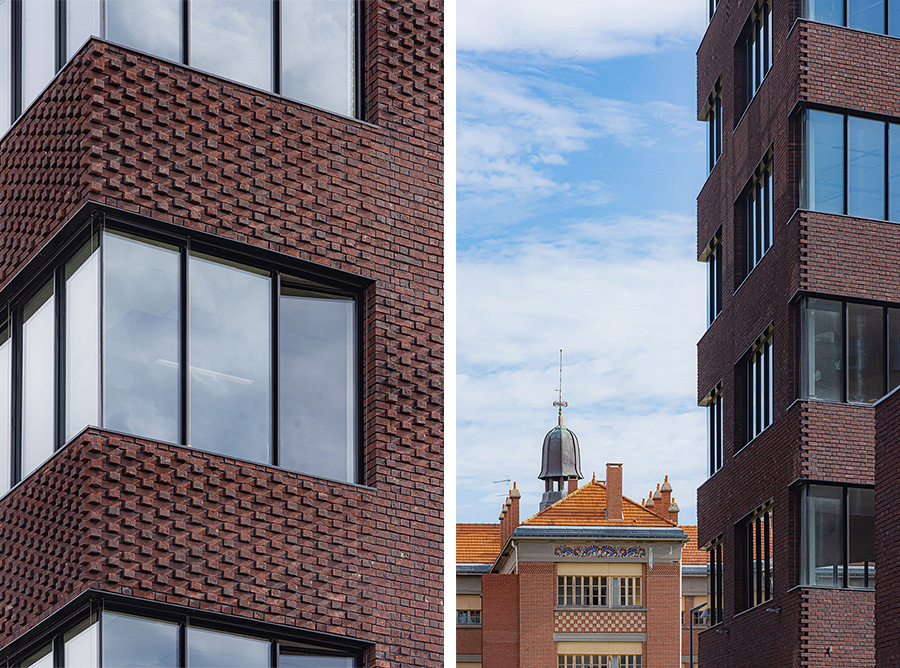 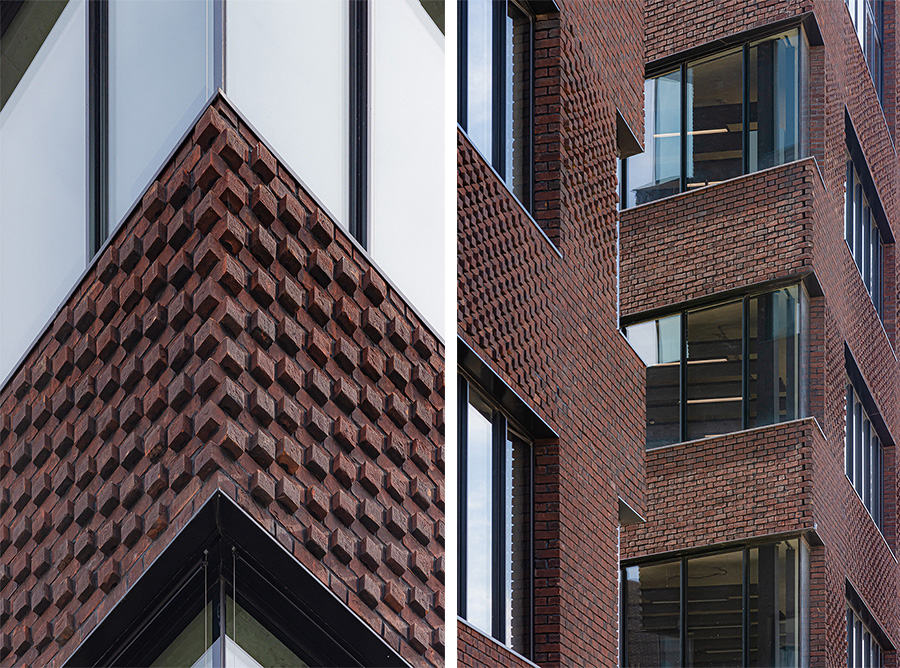 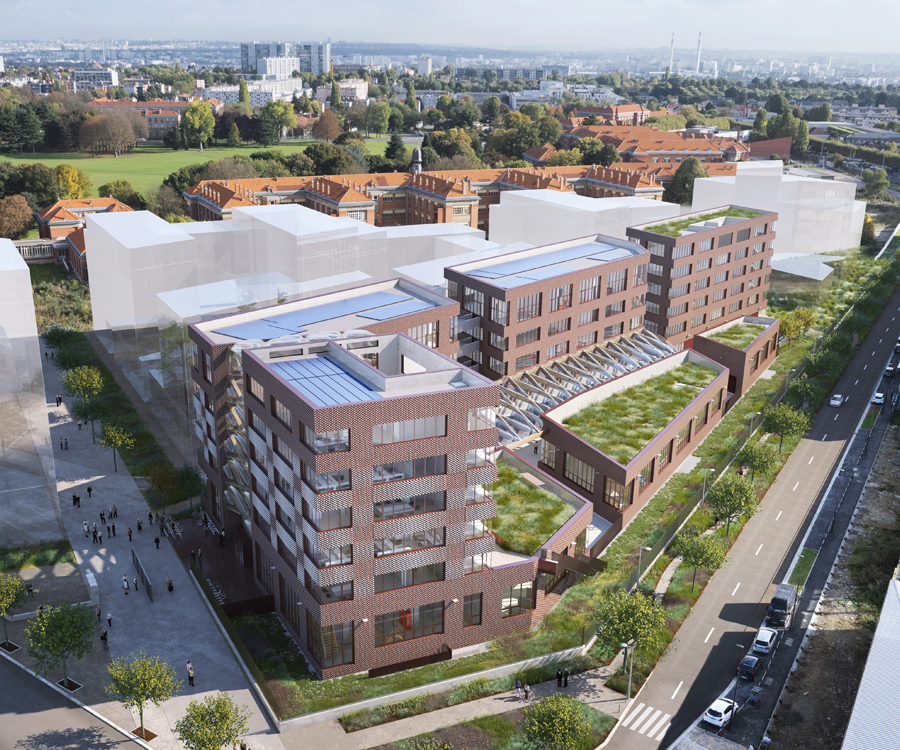 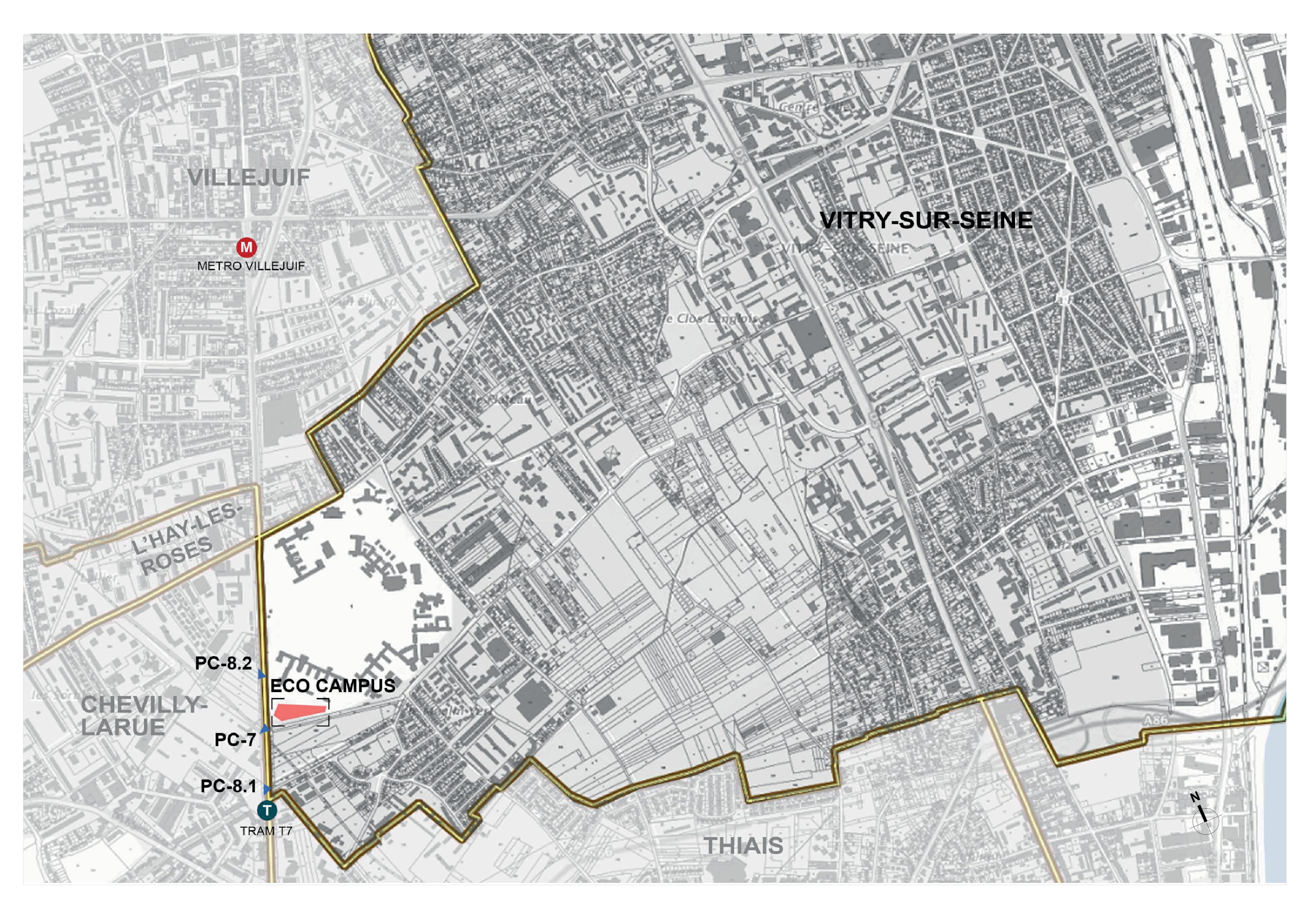 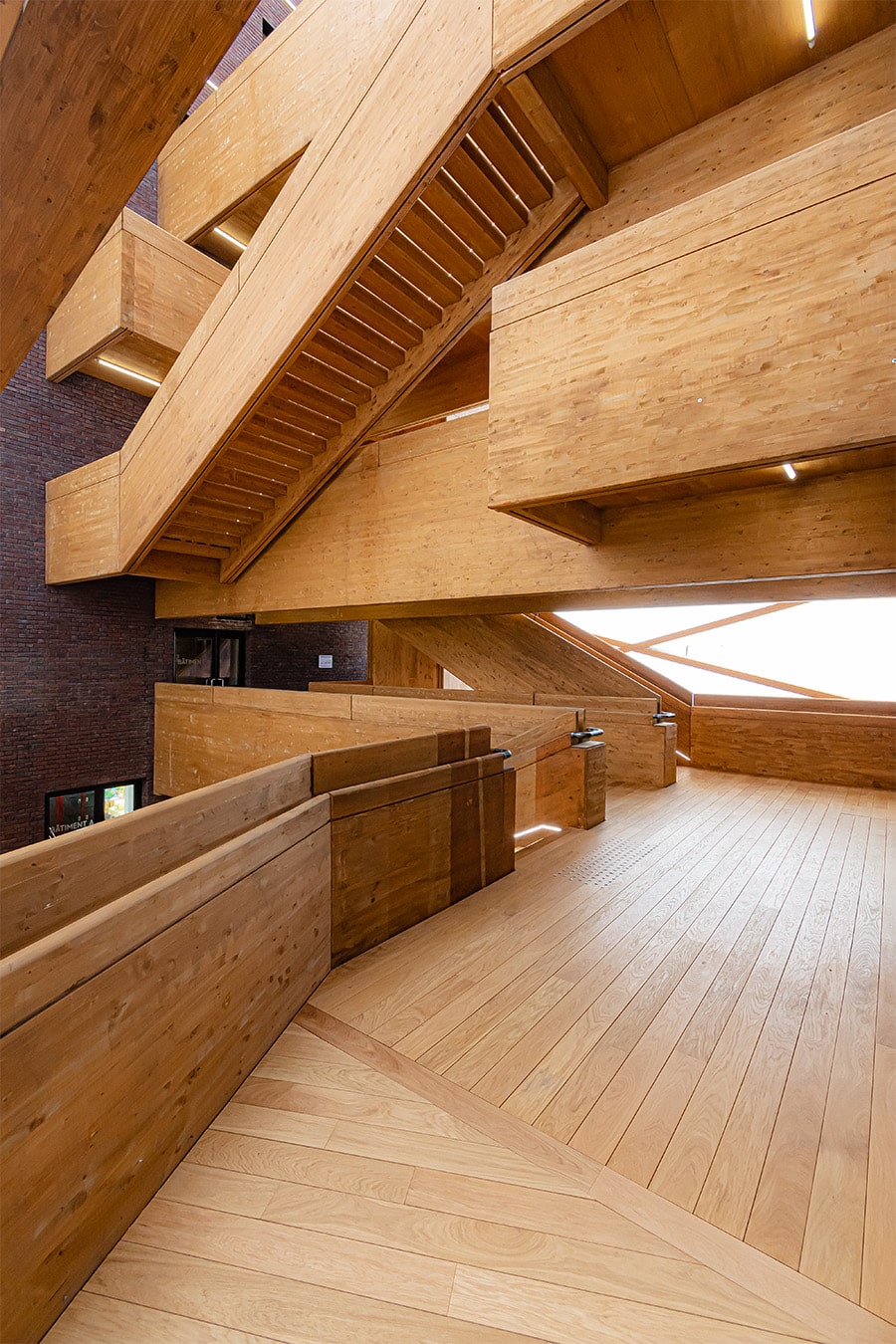 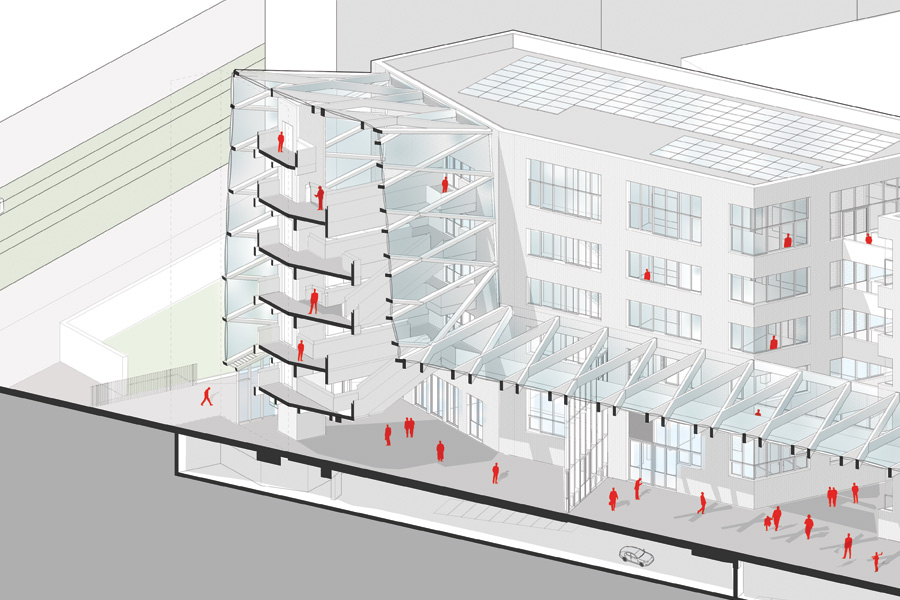 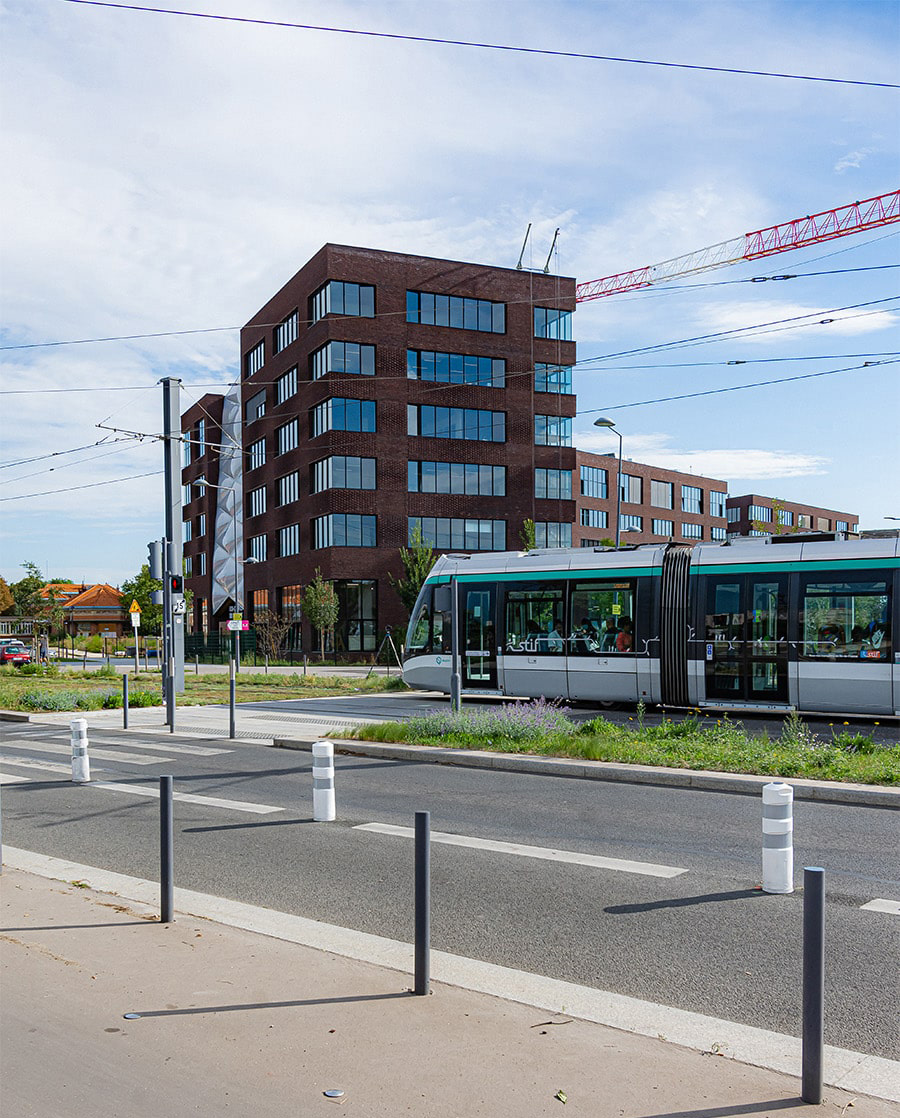