Three buildings in one

One of the scheme’s interesting features is that it can be divided into several independant entities which, grouped together, form a whole. Our building is thus the work of several hands, several authors and a few guiding principles. Each contributor works according to his own devices, after which the parts are put together.

The “billboard”, which houses the foyers and lounge areas, reveals the activities taking place in the Music Café. Clad in a galvanised-steel facade fitted with translucent and transparent coloured glass panels, the building is lit differently by day and night.

This room is accessible from the foyer. Eight metres high, it is entirely soundproof, and is clad in galvanised metal, with a concrete floor. It can also open out on to the garden. Its bar faces the stage and is slightly raised in relation to the rest of the room.

The restaurant, which can be accessed from the foyer and pond via its terrace, is a triangular three meters high room. Under its red-clay perforated ceiling, the room serves as a “Cinemascopic” frame for the horizontal landscape of the pond.

In contrast to the “billboard” which fastens a commercial image on to the town, the concert hall and restaurant blend into the countryside. The concert hall is clad in reflective stainless steel sheeting, thus transforming the shape of the surrounding countryside; the restaurant on the other hand, plays at camouflage: its concrete is staggered in alternating glossy and mat segments.

a music cafe, 3 recording and rehearsal studios, a concert  hall with 300 seats, a hip-hop danse hall 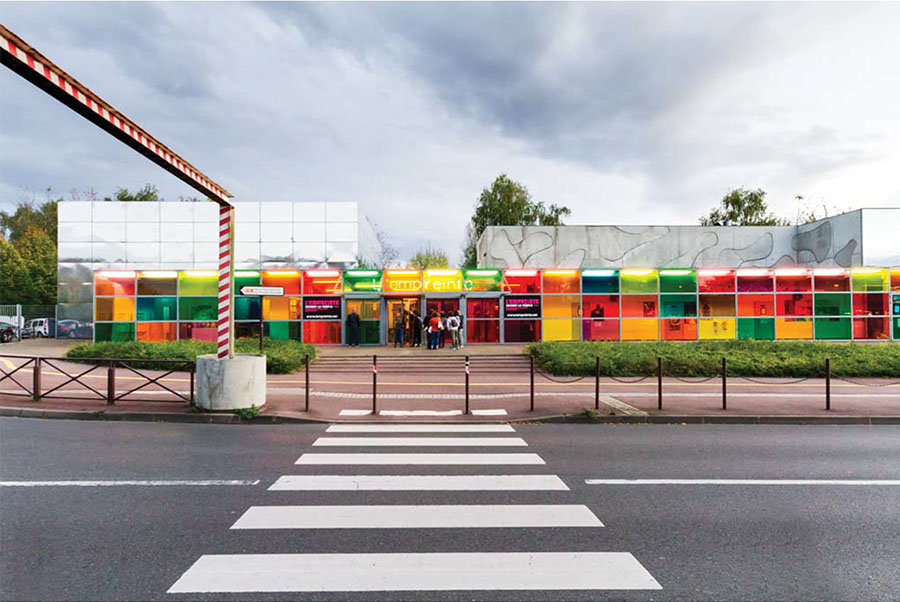 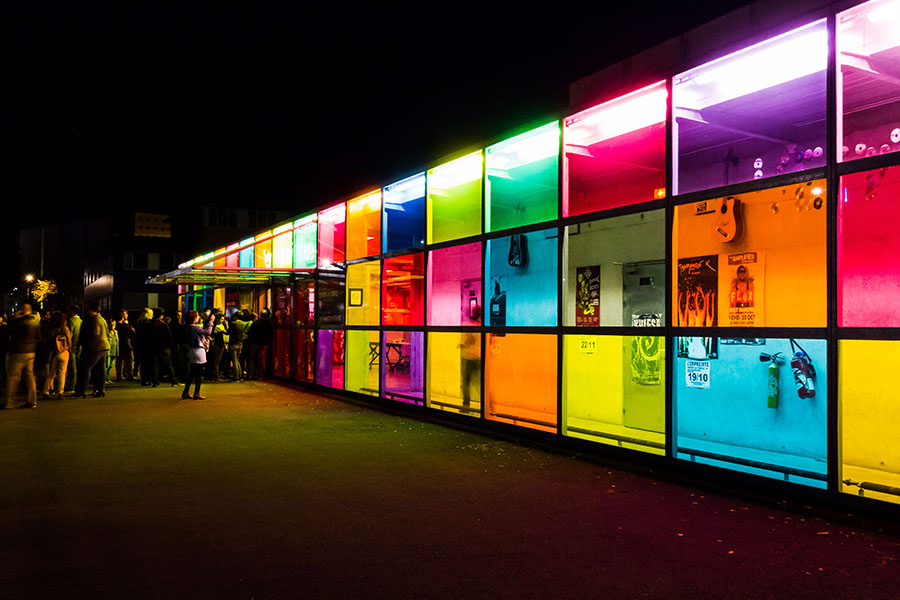 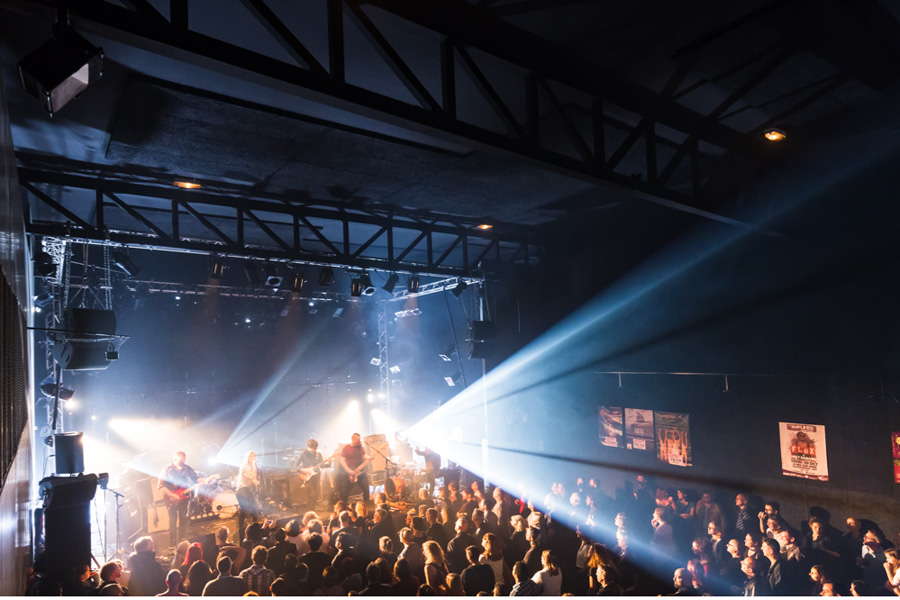 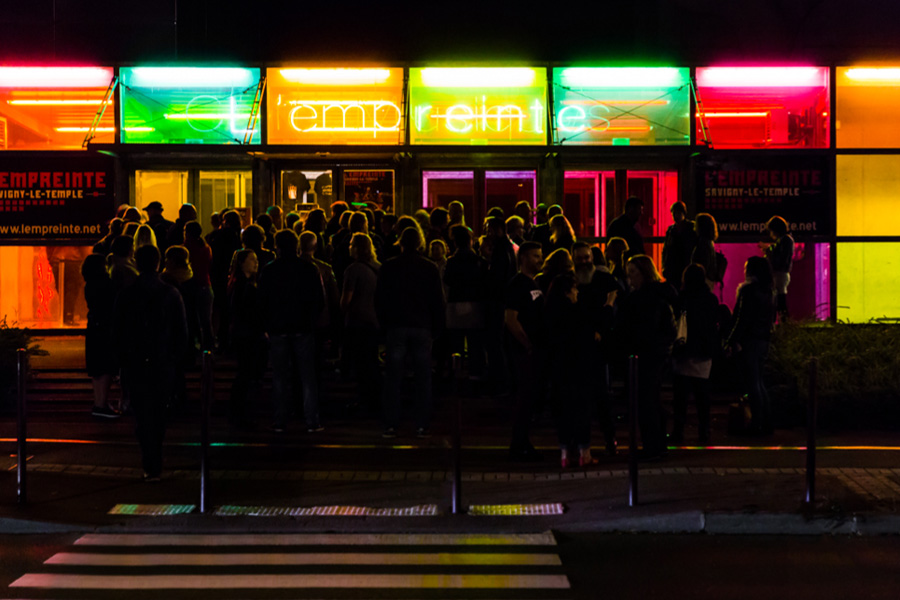 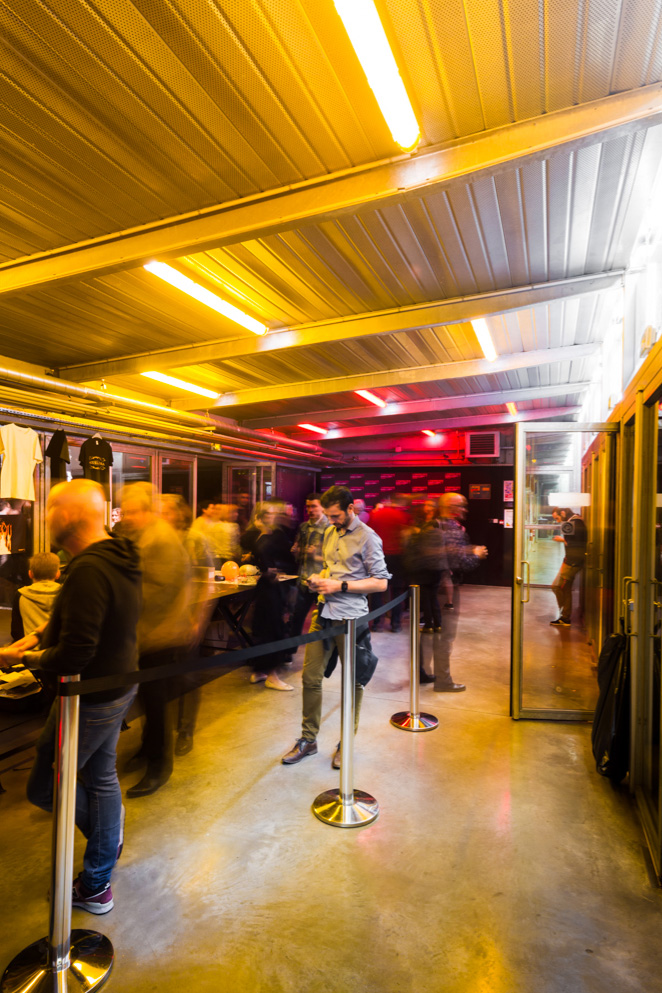 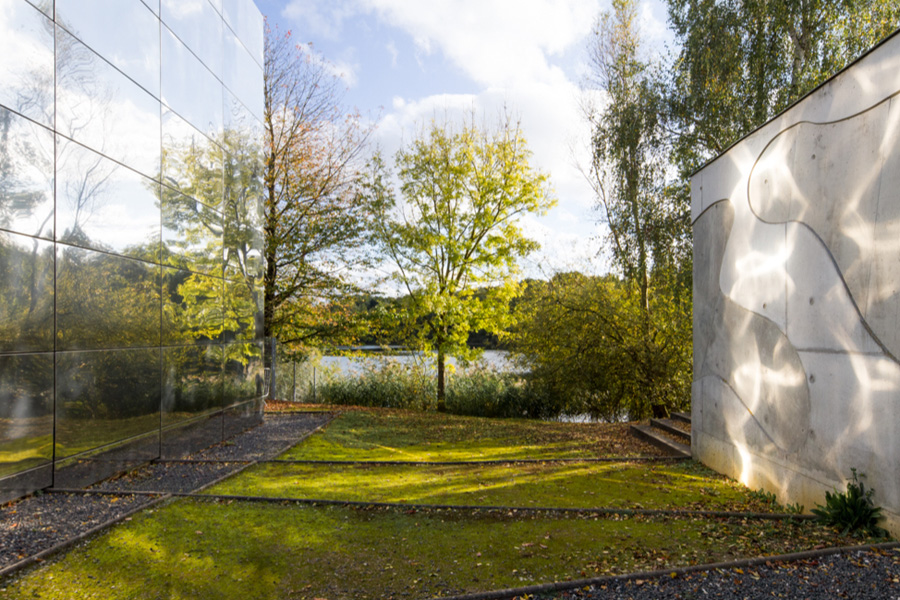 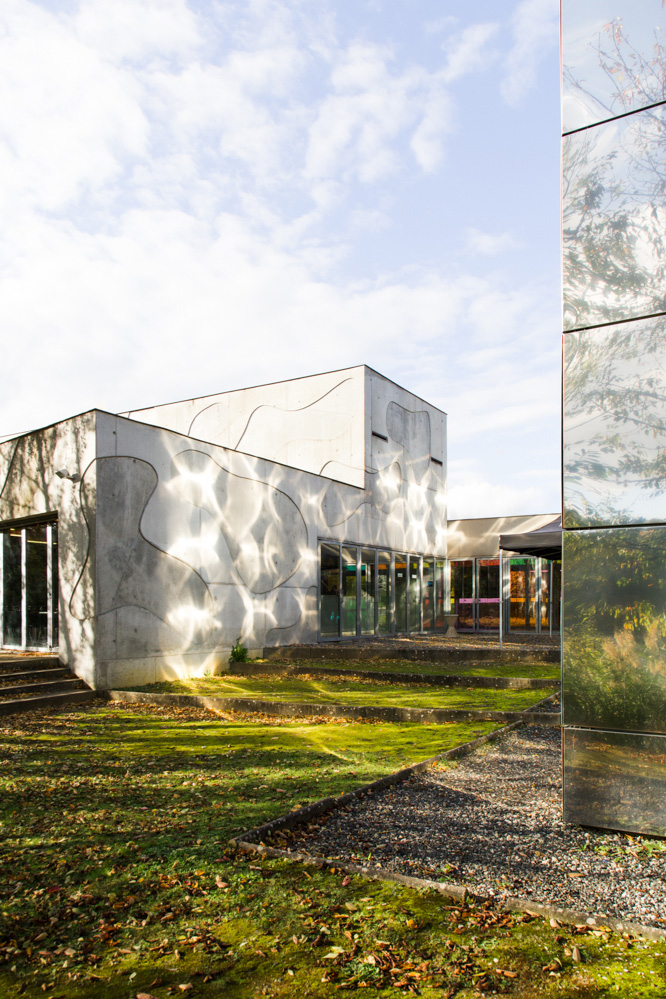 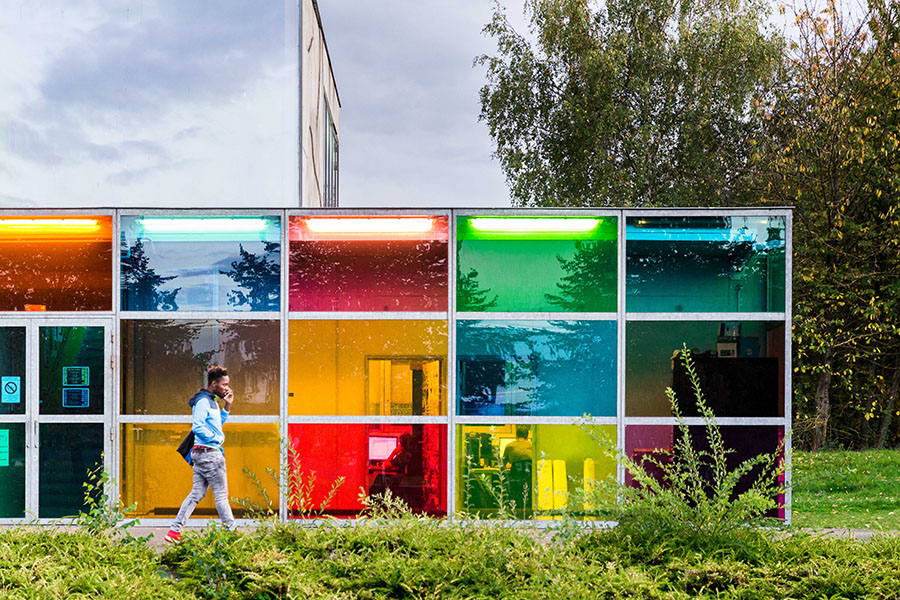 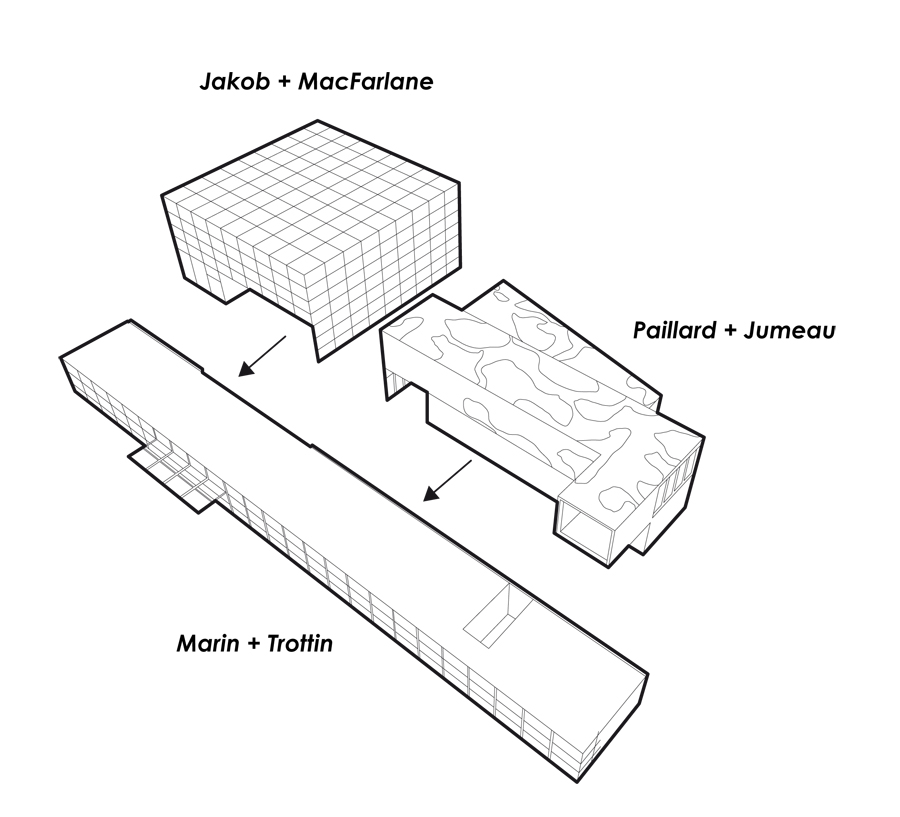