We have trated the volume out of concern for the connection with the urban context. Furthermore, observed from the N7 main road, the project appears as a bilboard, catching the eye and expressing a strong identity.

The facade is composed of thin two-coloured strips that would appear in a different colour when changing the point of view. In one direction, the facade would show the differents functional entities, and in the another one it would express the uniqueness of the center and the logic of the circulations.

The project is situated on the angle as to suite at best the frontal square. The building is organised in two main bodies. Starting in the two wings of the entrance hall, each entity (the media library and the music academy) is served by a proper staircase, aiming to facilitate all accessibility and moving.

The vertical organization constraint for the equipment is turned to good account of an architectural path. Thus, the stairs take place along the glass facades, looking over the futur square, guiding the visitors and offering them a multitude of views over the city.

The city of Kremlin-Bicêtre 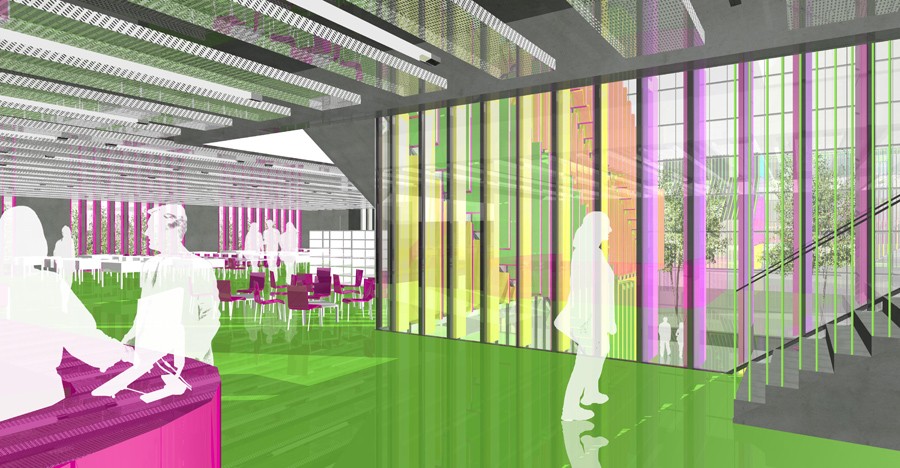 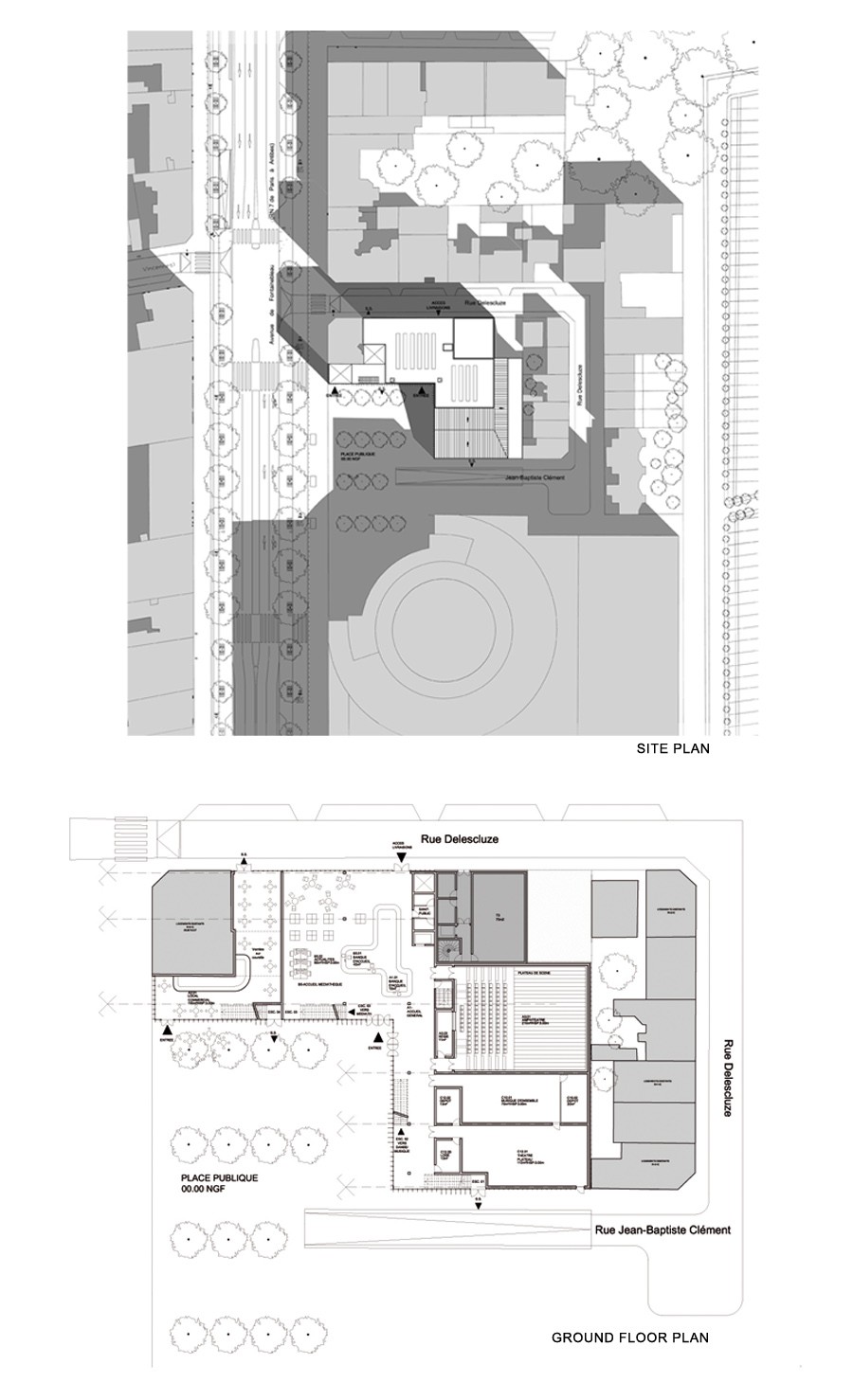 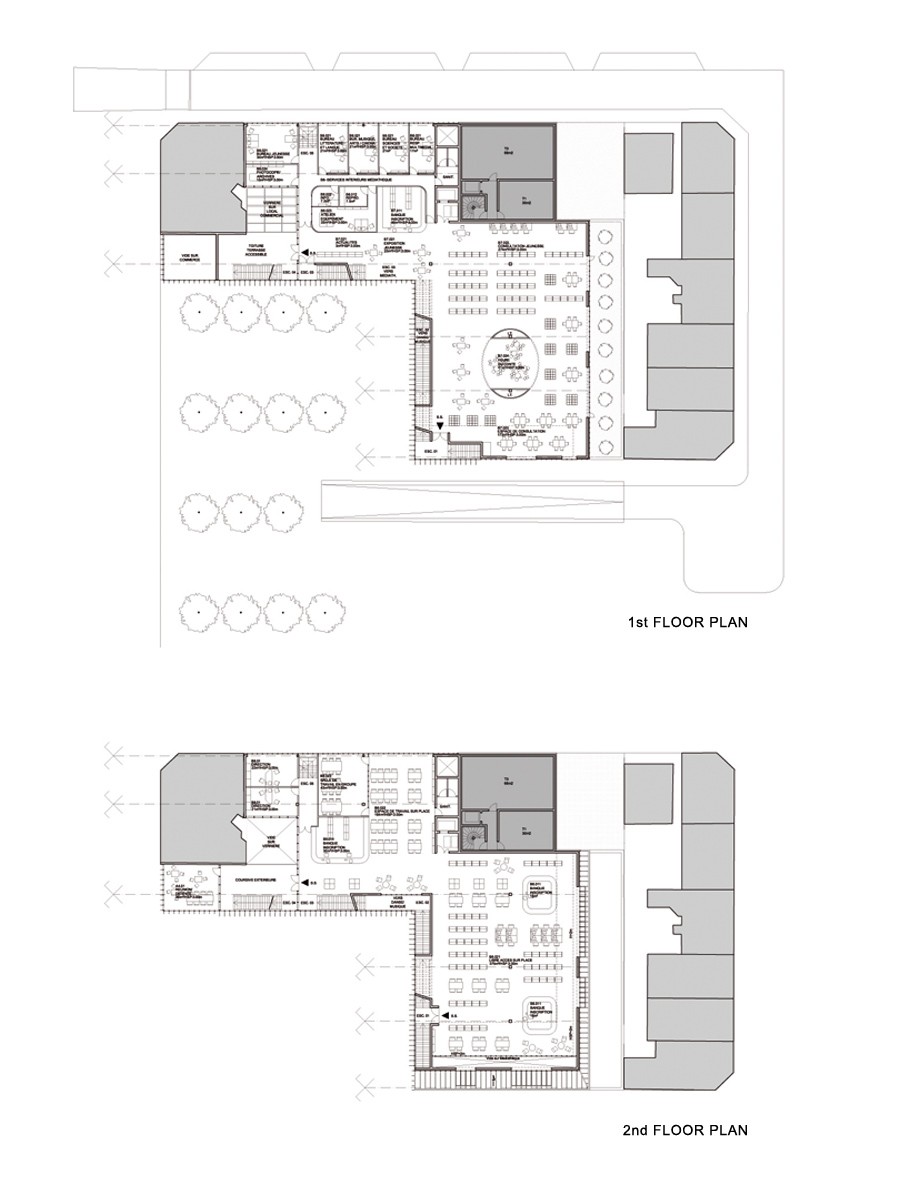 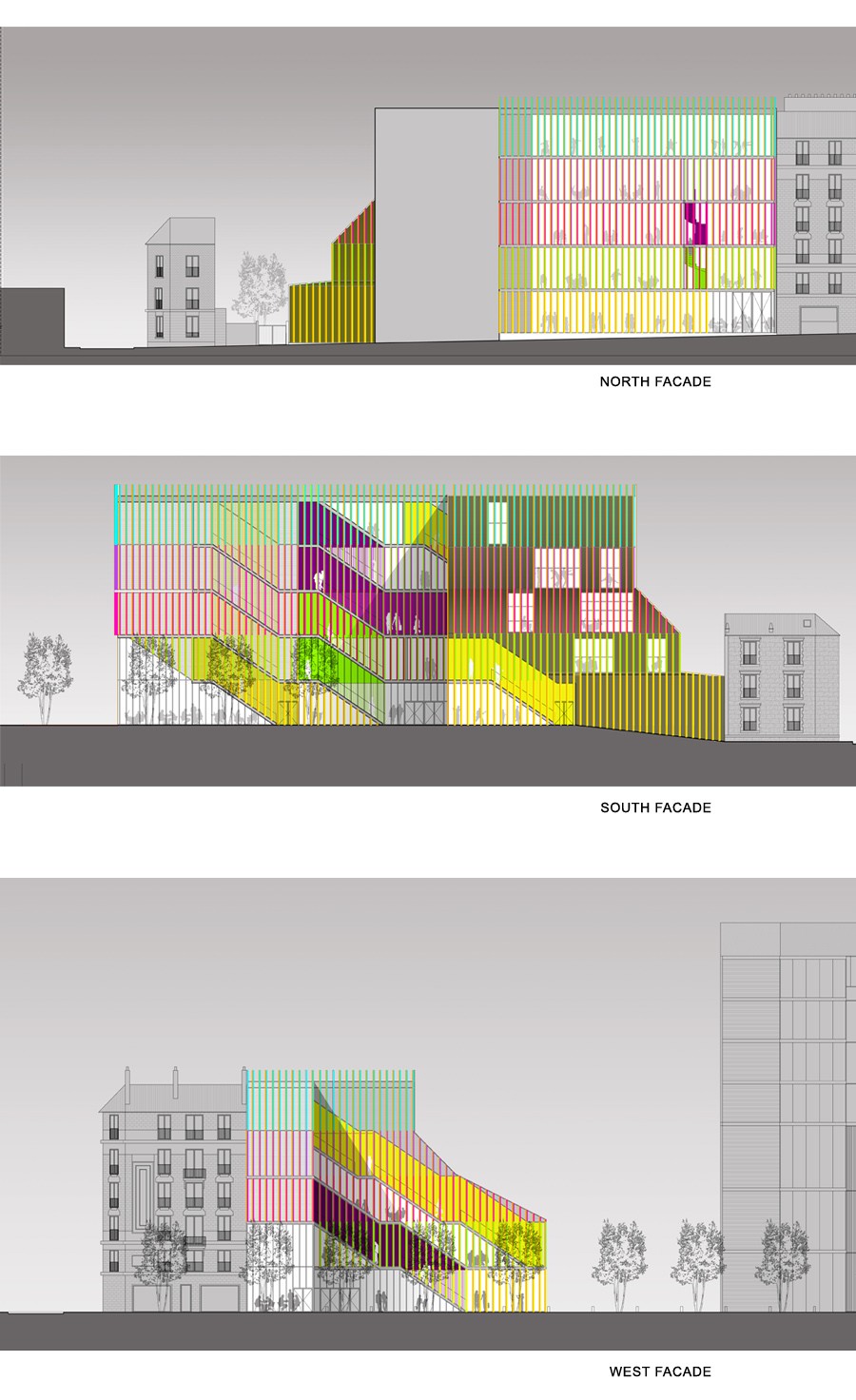 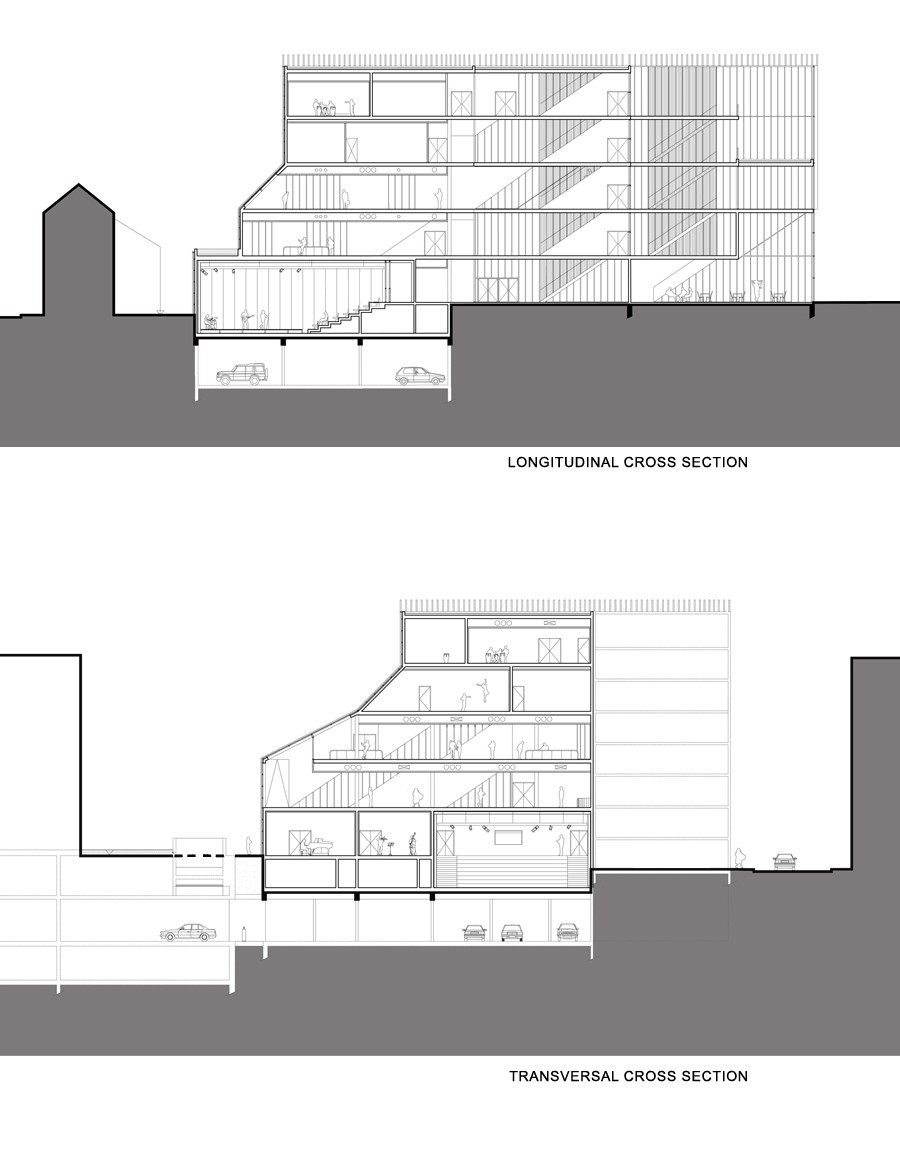