The peninsula
In order to settle the questions of level, flooding, routes .. we position in the natural extension of the pedestrian paths of the Aristide Briand avenue and the Boulevard de Normandie, a large plinth like a peninsula leaving the « shores » to venture in the open meadow. Our peninsula connects with the crossroads becoming a street that tilts to reach the meadow.

The village
We organize the functions in a very compact way around the Club – Studios, Big hall, Résidence and Administration/Radio. The different programatic entities are put in a way to animate the peninsula. For us they form a kind of a village.

The roof
We cover the complex with a vast roof that overflows the compact program elements. This protective would give a sens of unity to the equipment, acting at the same time as a link and as a banner. Its imposing mass would be enlightened by a reflecting covering surface that would capture the foliage of the surrounding trees.

This is how the SHOF is born between the roof, the peninsula and the village – it is an opened space that circulates around the project and it is also a covered space that extends the program functions.

The city of Evreux 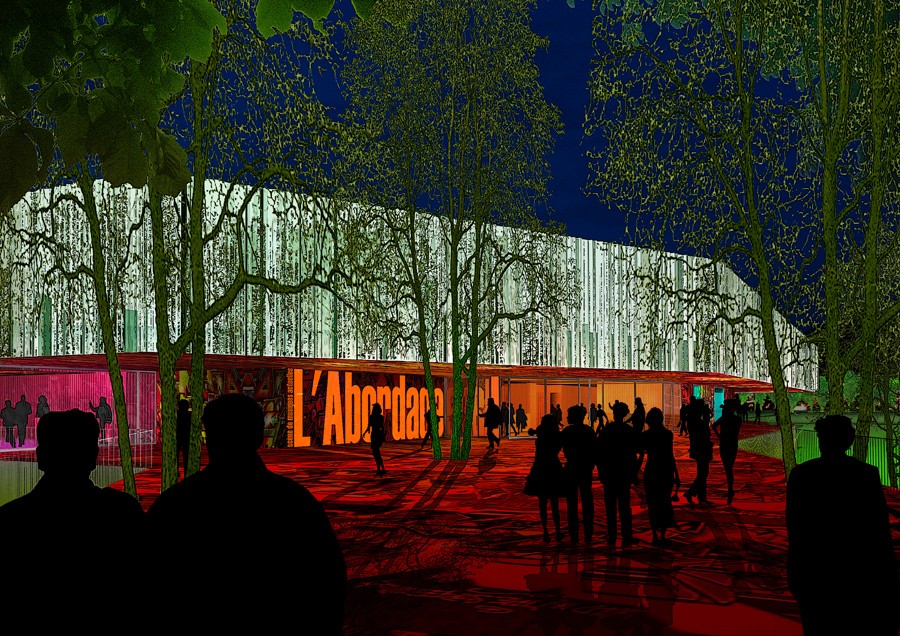 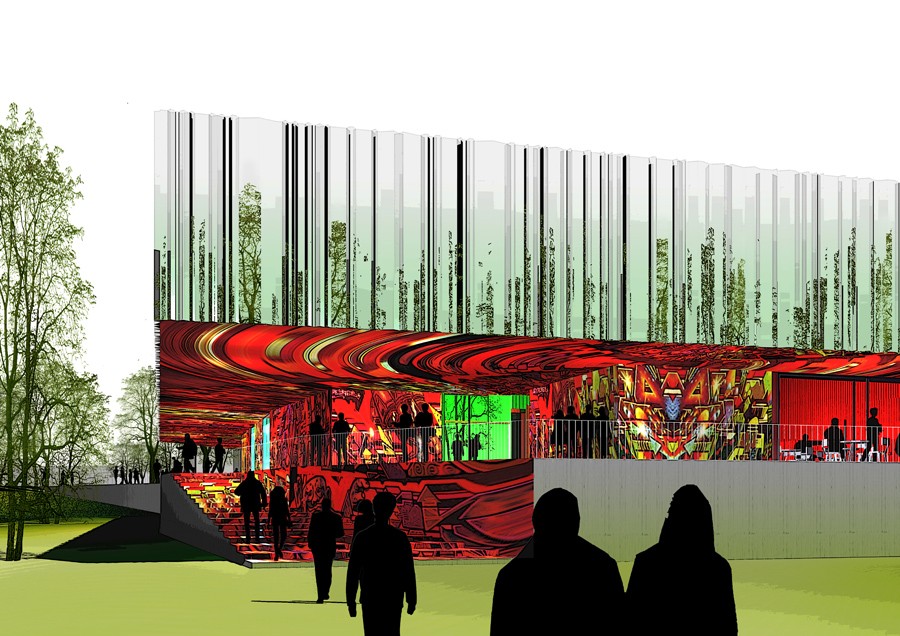 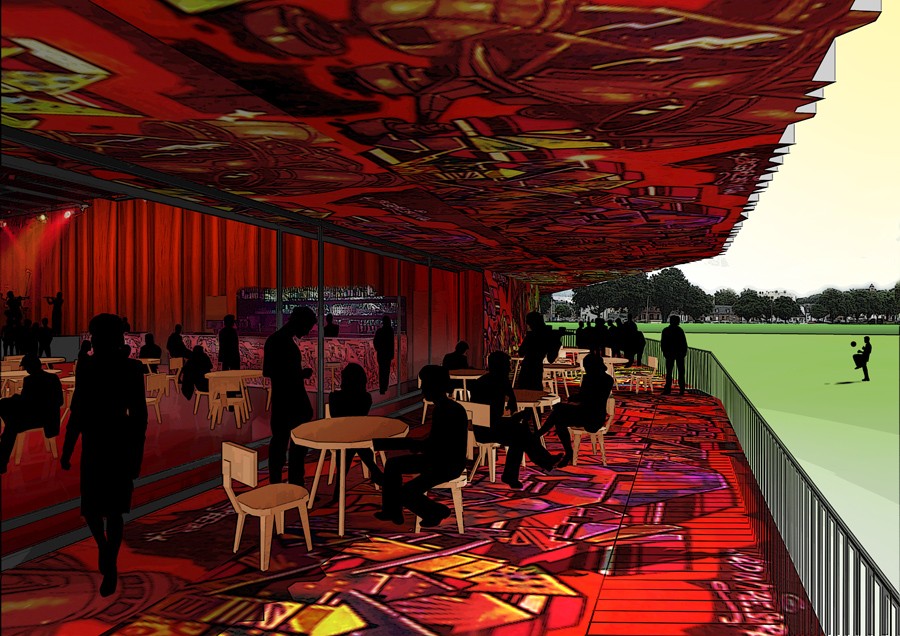 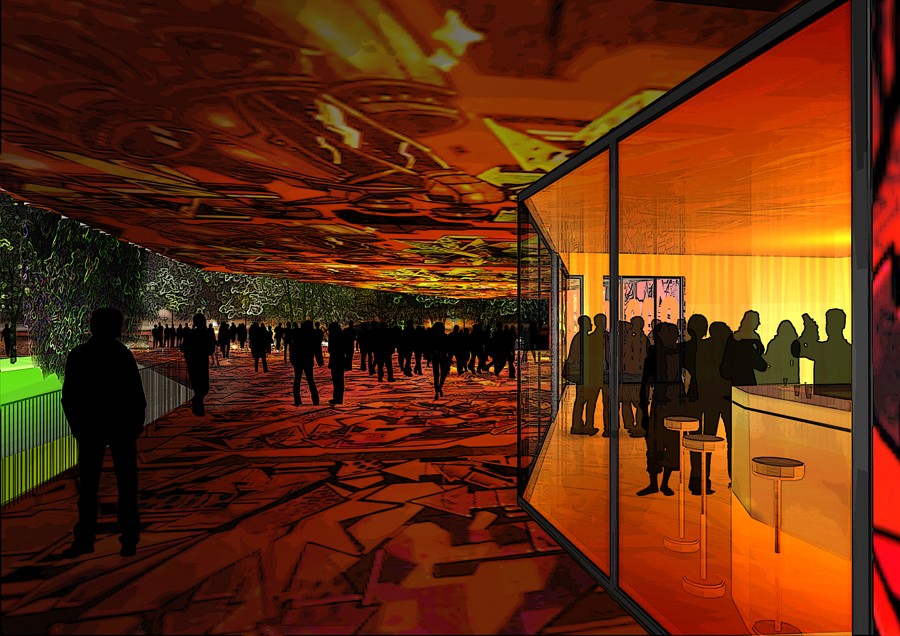 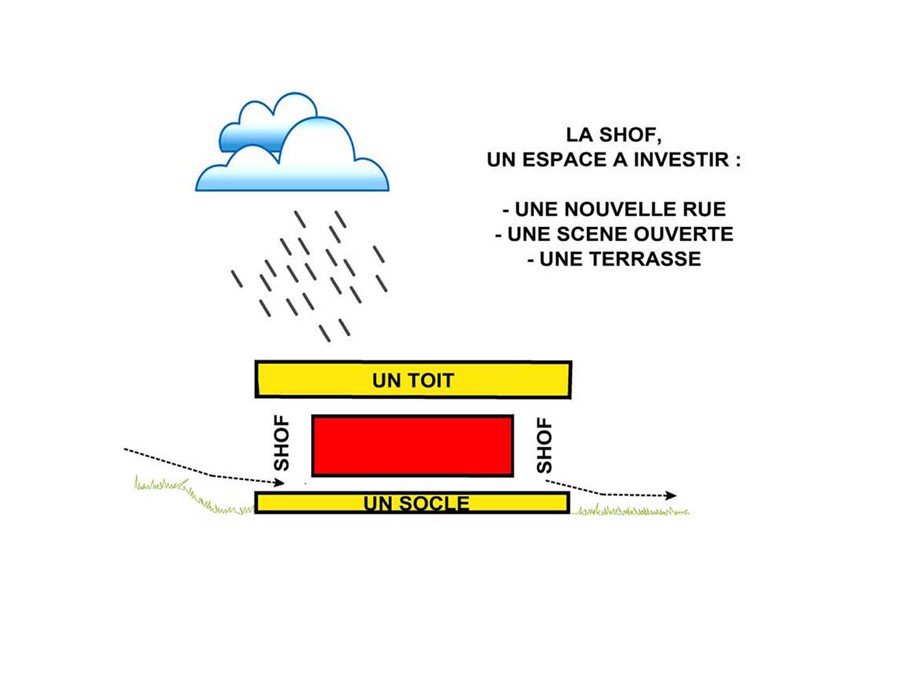 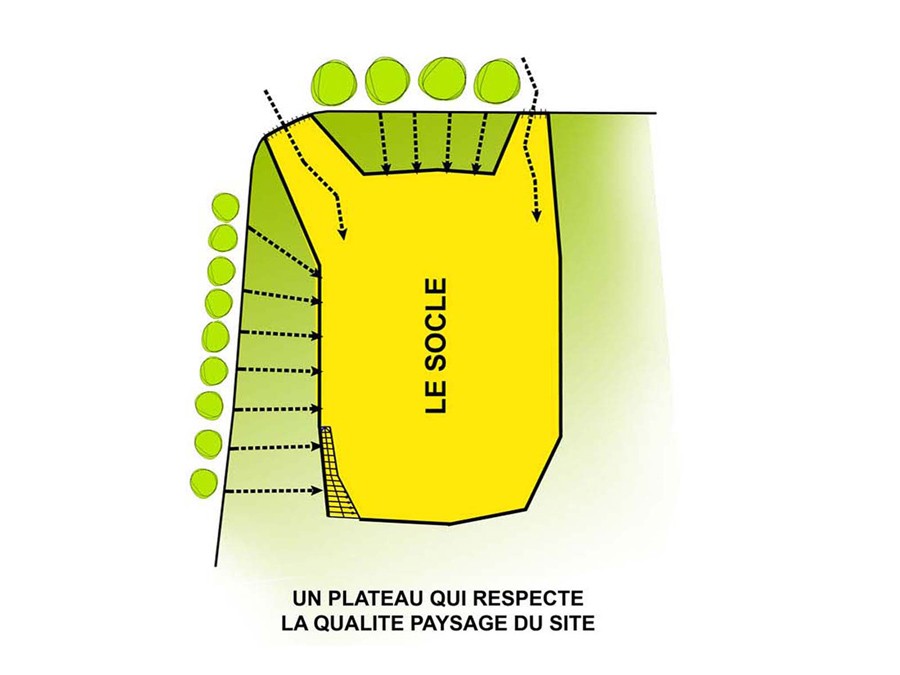 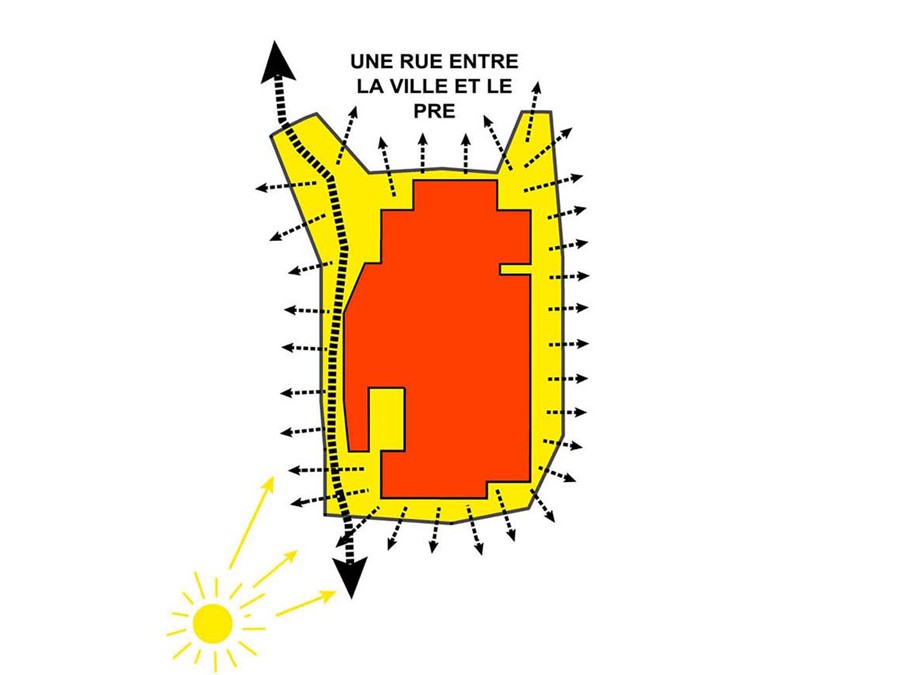 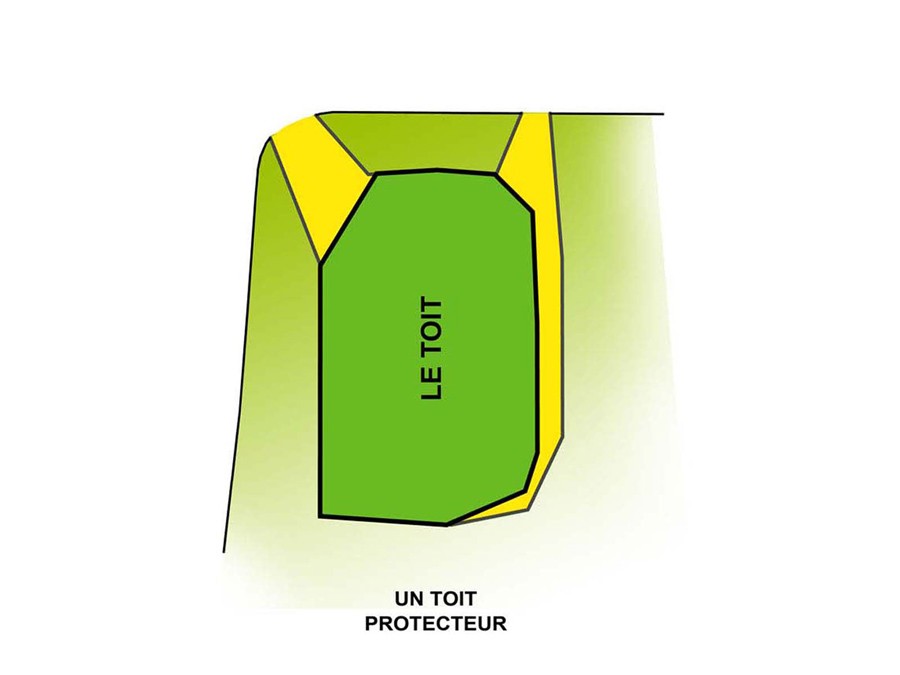 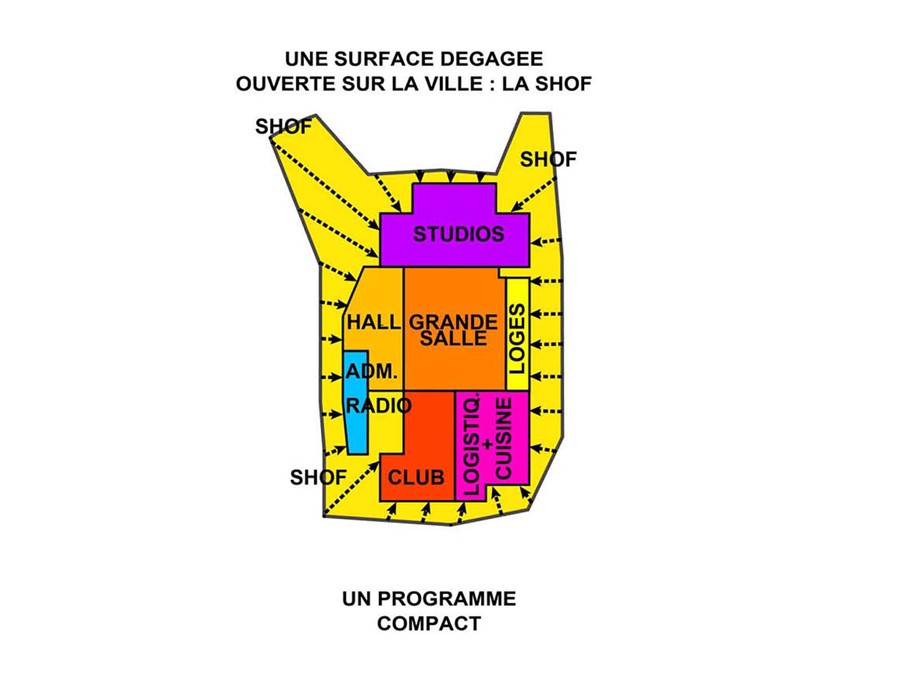