A theater opened to the city, the city opened to the theater
Our suggestion places the theater in the axe of Bretagne avenue. It is supposed to act as an urban landmark by its implantation and its architectural language. Thus, the proud repetition hall as well as the monumental entrance hall are conceived like real urban windows that would show to the public space the life inside the theater.

On the contrary, the internal organization is to offer its occupiers some exceptional panoramas over Rouen. Right from the hall, the public pathway would offer an overhanging view to the new square and would continue into a processing situated on the facade, leading to the repetition hall. The private spaces would benefit from the facade circulations and thus, the different foyers, situated on the angle of the building, could also enjoy the clear view.

Architectural position
The building is based on a "hard structural pit" including the theater halls, the scene and the repetition hall. The rooms around the scene are very densely disposed decreasing progressively as they approach the hall. The whole would be contained in a metallic "exostructure" unifying the building.

The building would be laid on a series of judiciously positioned posts. Covered in stainless-steel envelope they would reflect the environment disappearing in the urban context.

Reconstruction of the Duchamp-Villon space 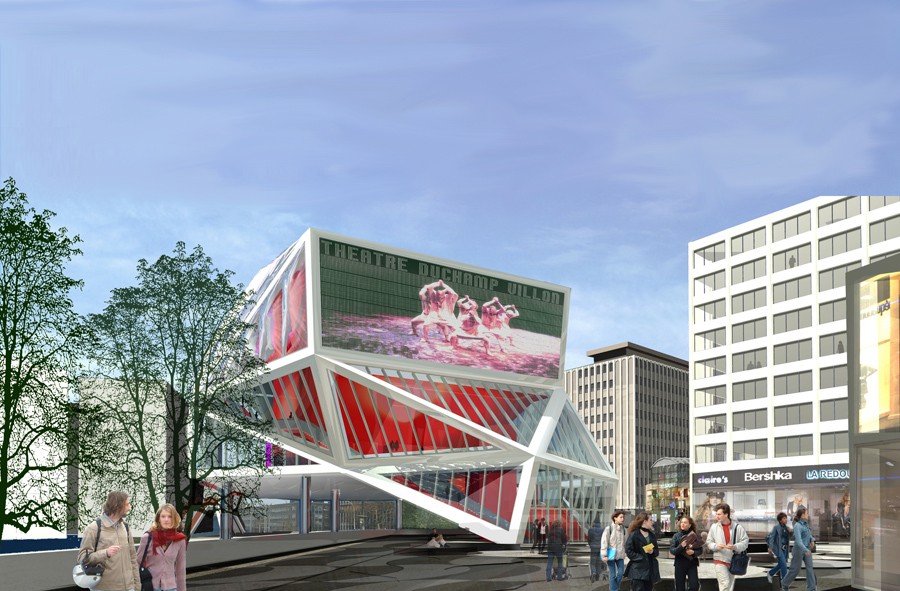 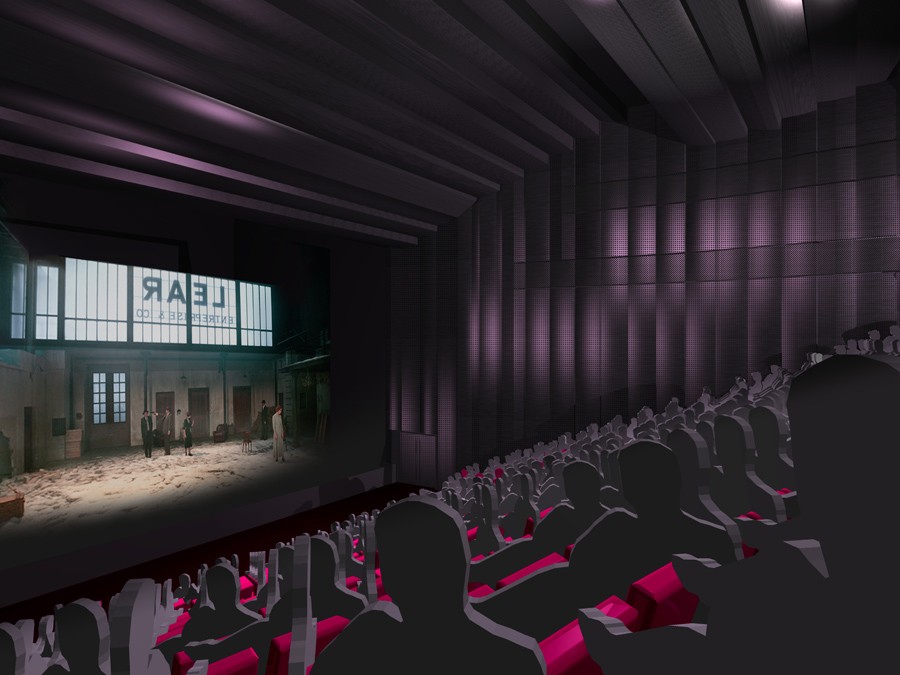 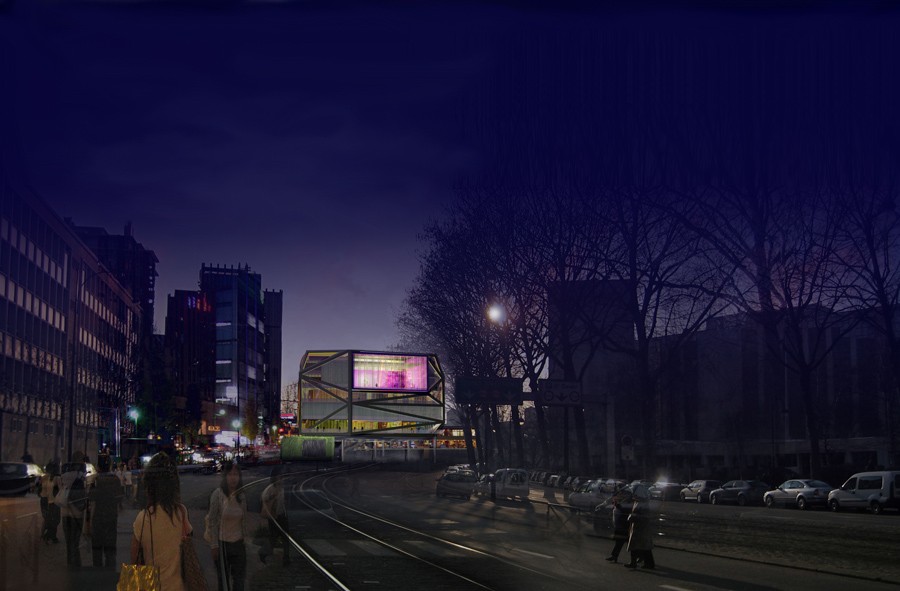 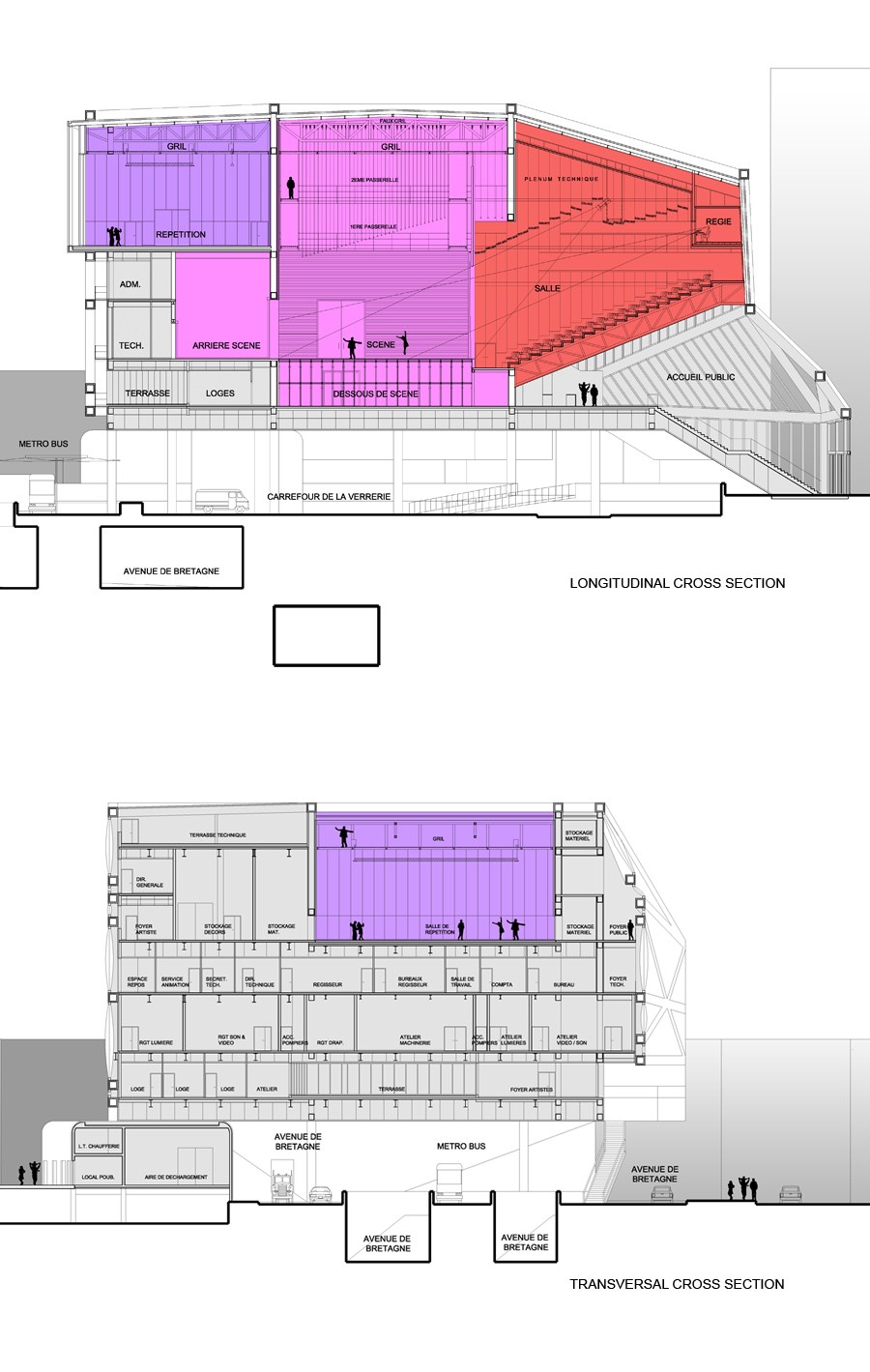 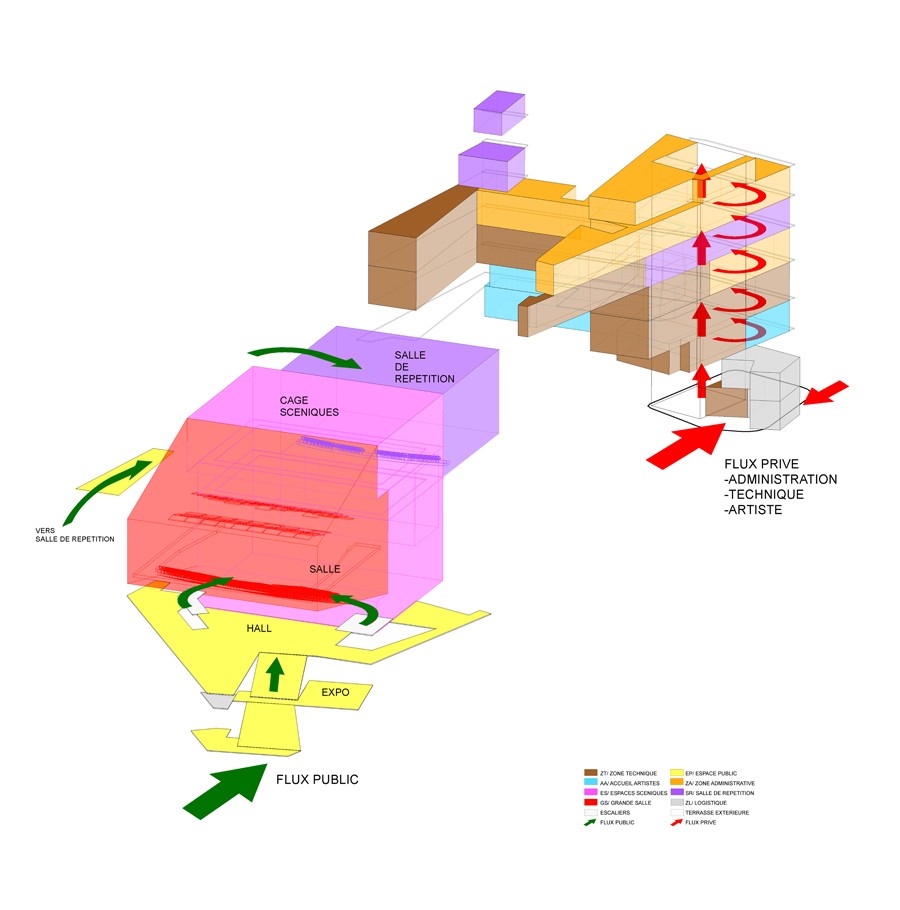