We suggest to revalue the Big Hall restoring its authentic image : colour recovery of all the stucco work, floors in restored stone. An absorbing acoustic treatment is set up on the ceiling respecting the mouldings.

Inside the volume of the Big Hall, the « new spaces » obtain an appearance of a plant-design object, its ornamental dimension being part of the Banque de France's heritage.The whole is composed of carved cherrywood pannels. The design work on the objet's skin, mixing perforations and liana effects, is used to filter light inside the reunion rooms as well as to correct the acoustics of the Big Hall.

The auditorium and its annexes rooms is an autonomous space. Situated in the inner garden, it is accessible directly from the Hall et the gallery. Designed as a sparkling object, its walls capture and diffuse light in the heart of the bank. This facet covered shell is composed of aluminium « scales » pannels, colour golden bronze, reflecting the surrounding light and garden.

In the interior, those same « scales » are matt white and disposed to lead light deep inside and to correct the acoustics. Certan scales would transform into glass roof or windows, allowing natural light to enter directly within the auditorium.

Creation of a reunion hall and offices comprising an 200 seats auditorium, a restaurant, lounges, 7 reunion halls, and landscape bureaus 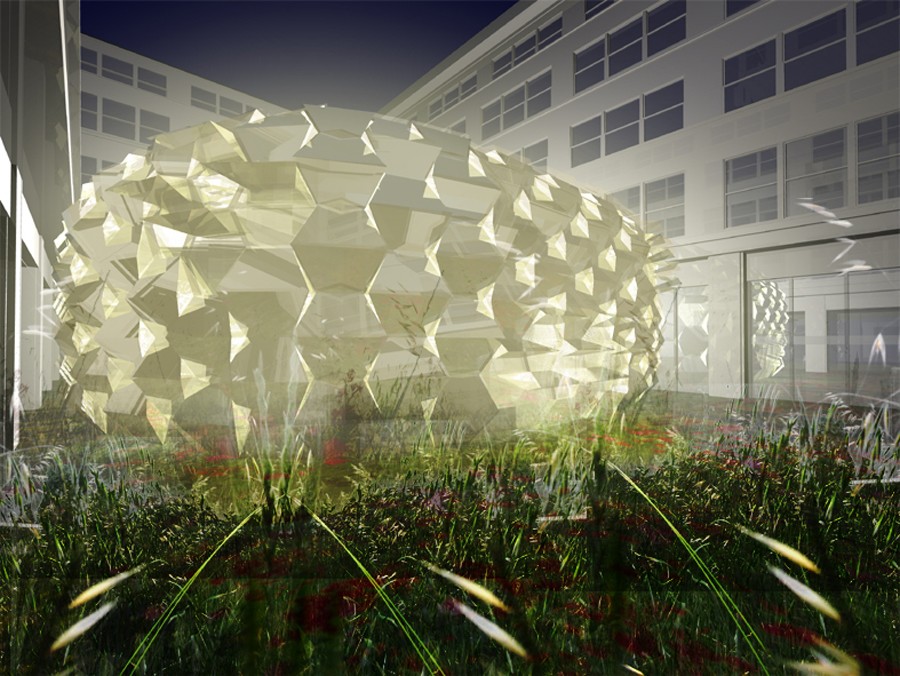 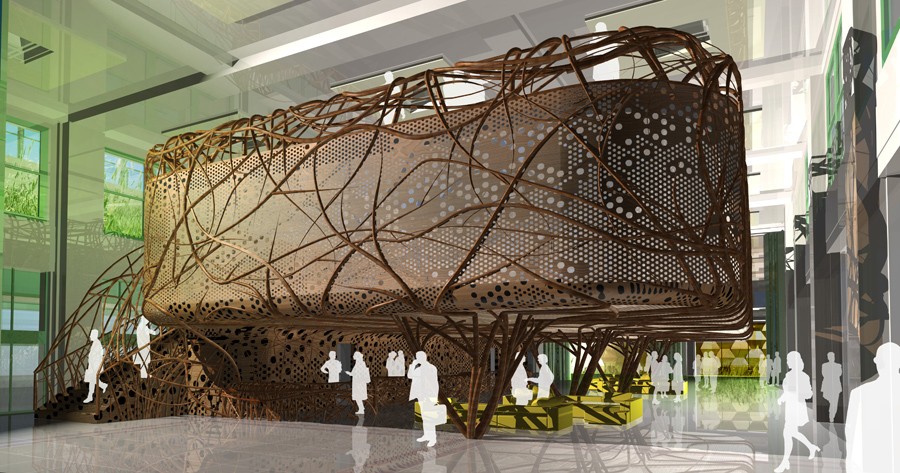 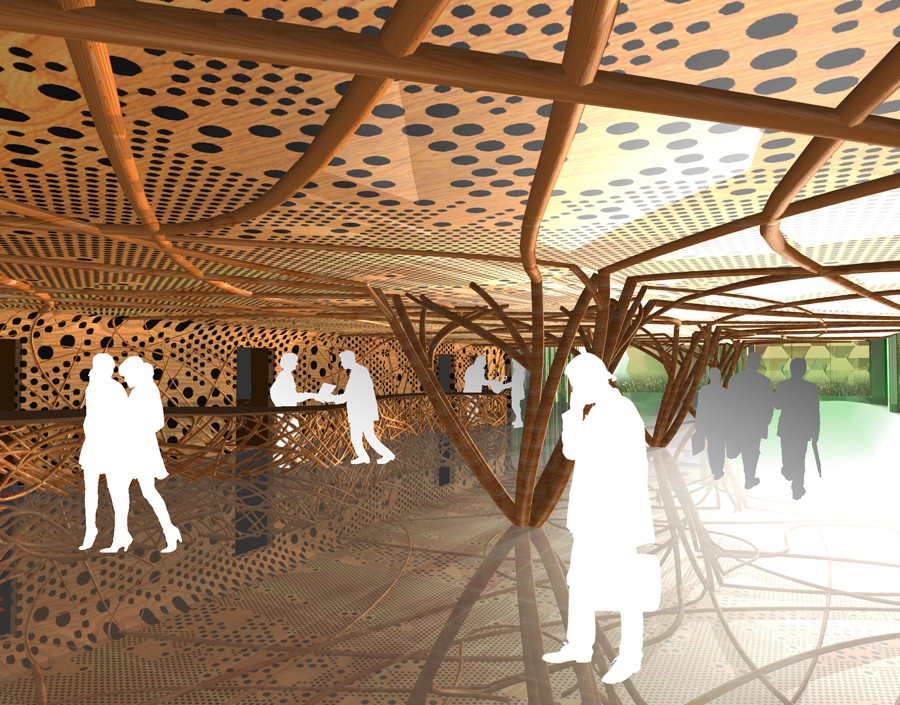 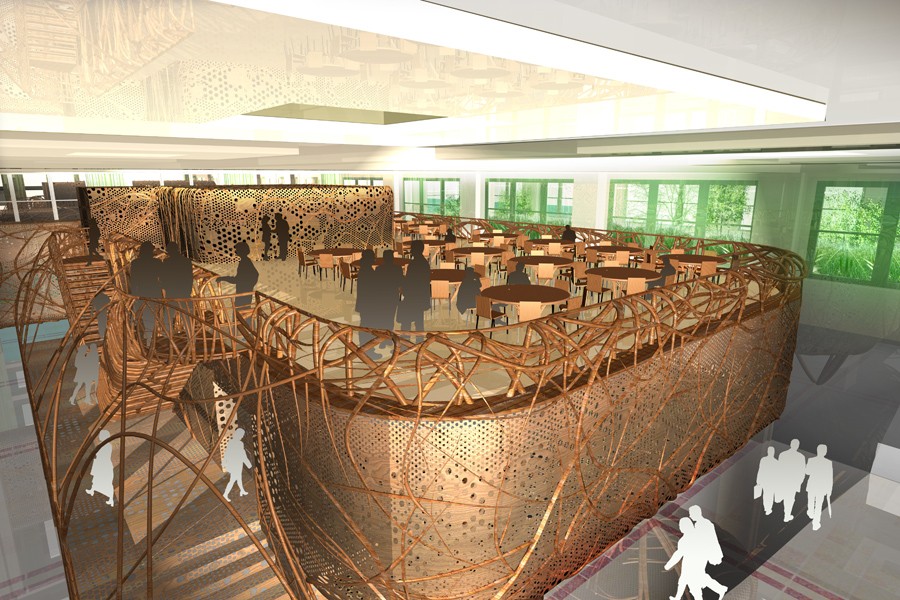 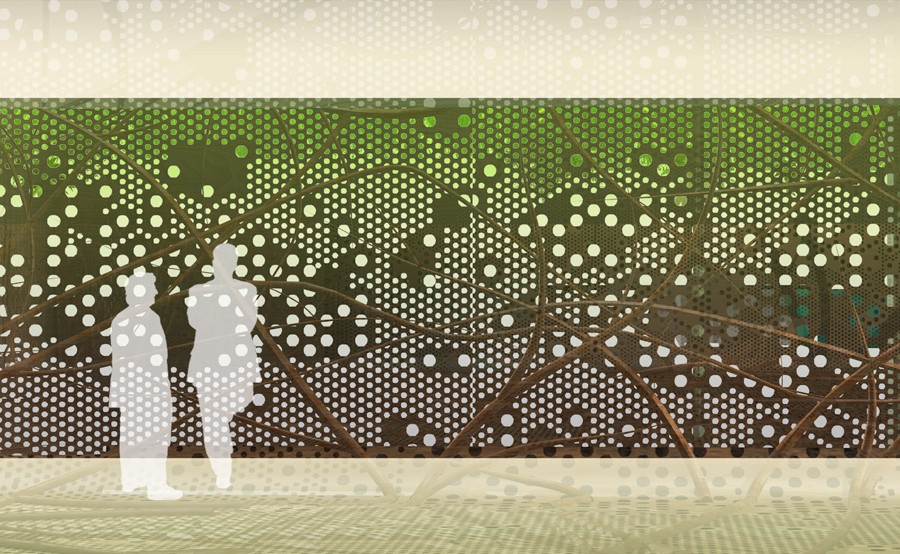 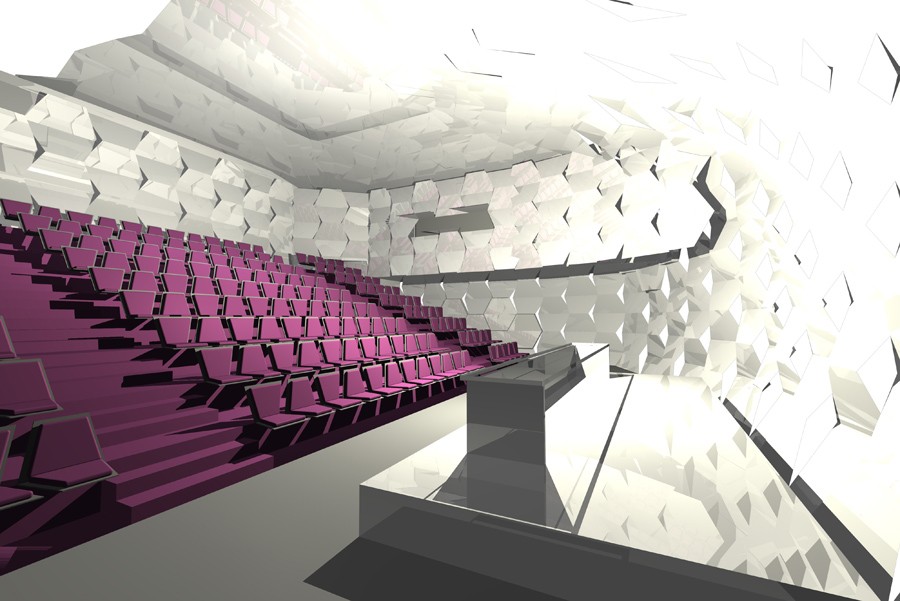 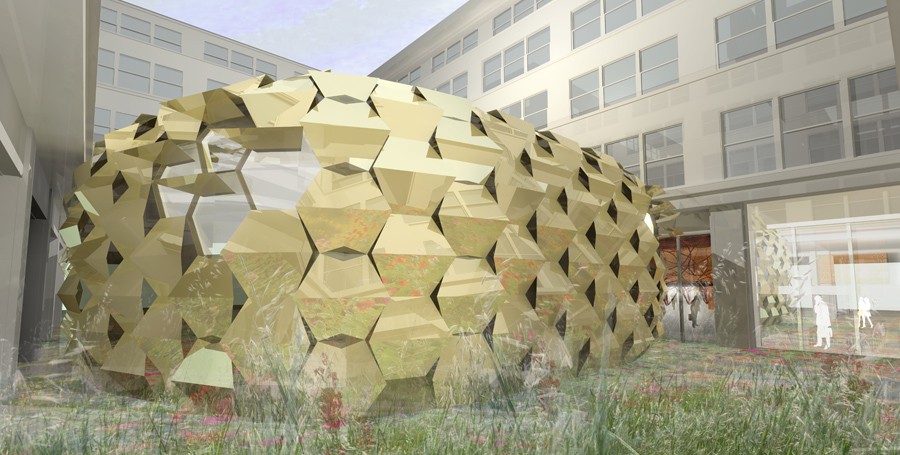 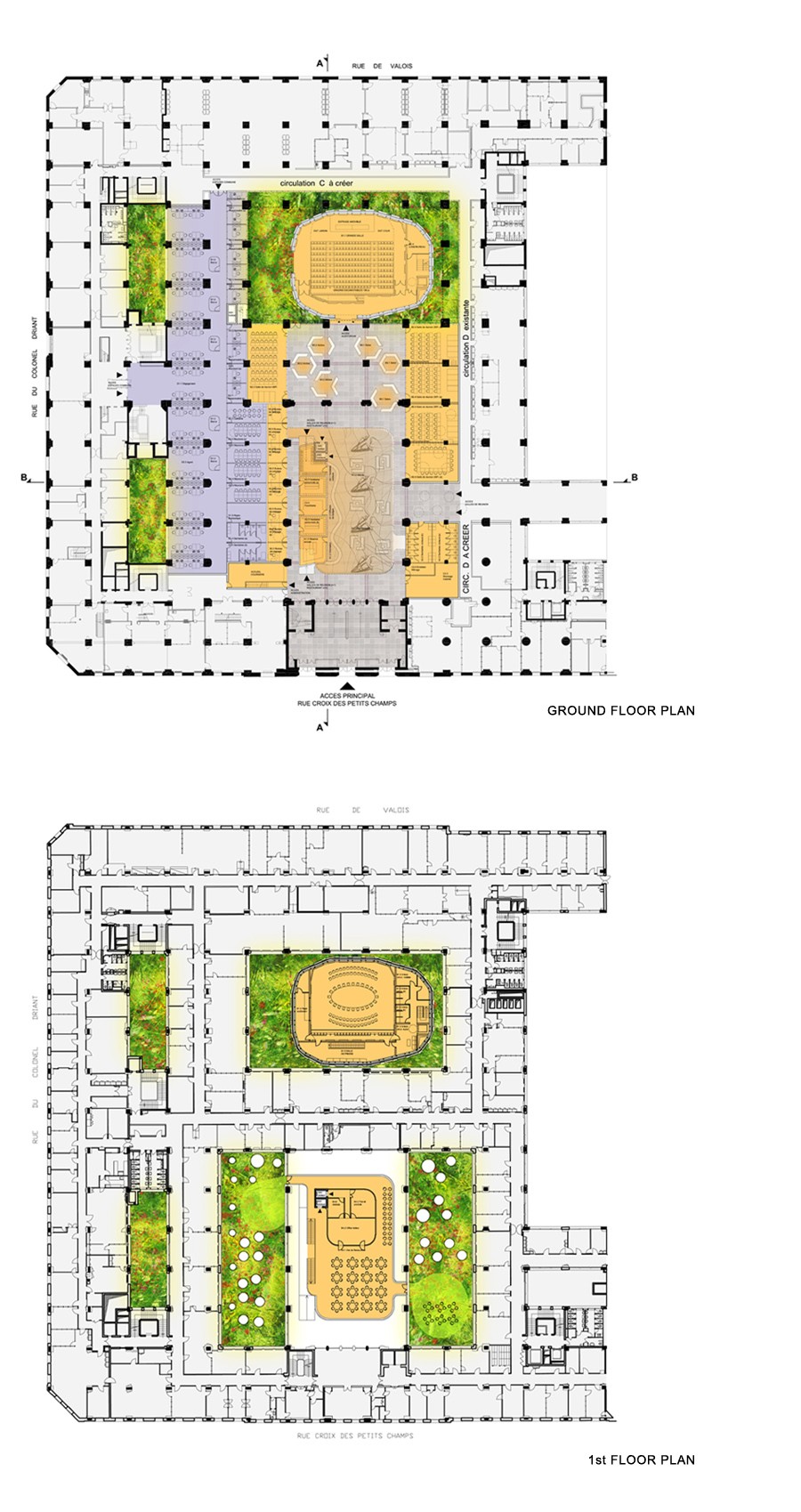 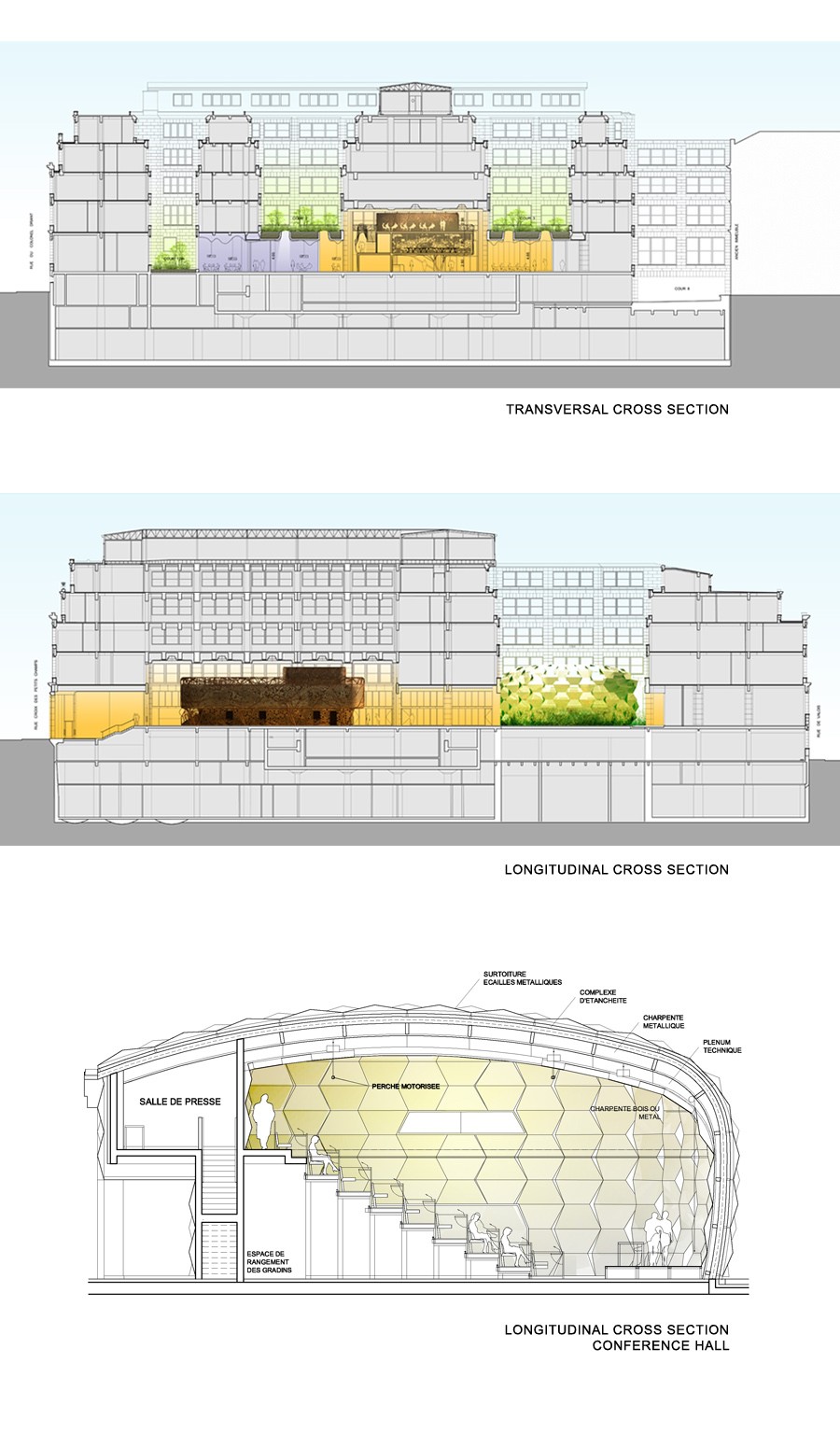